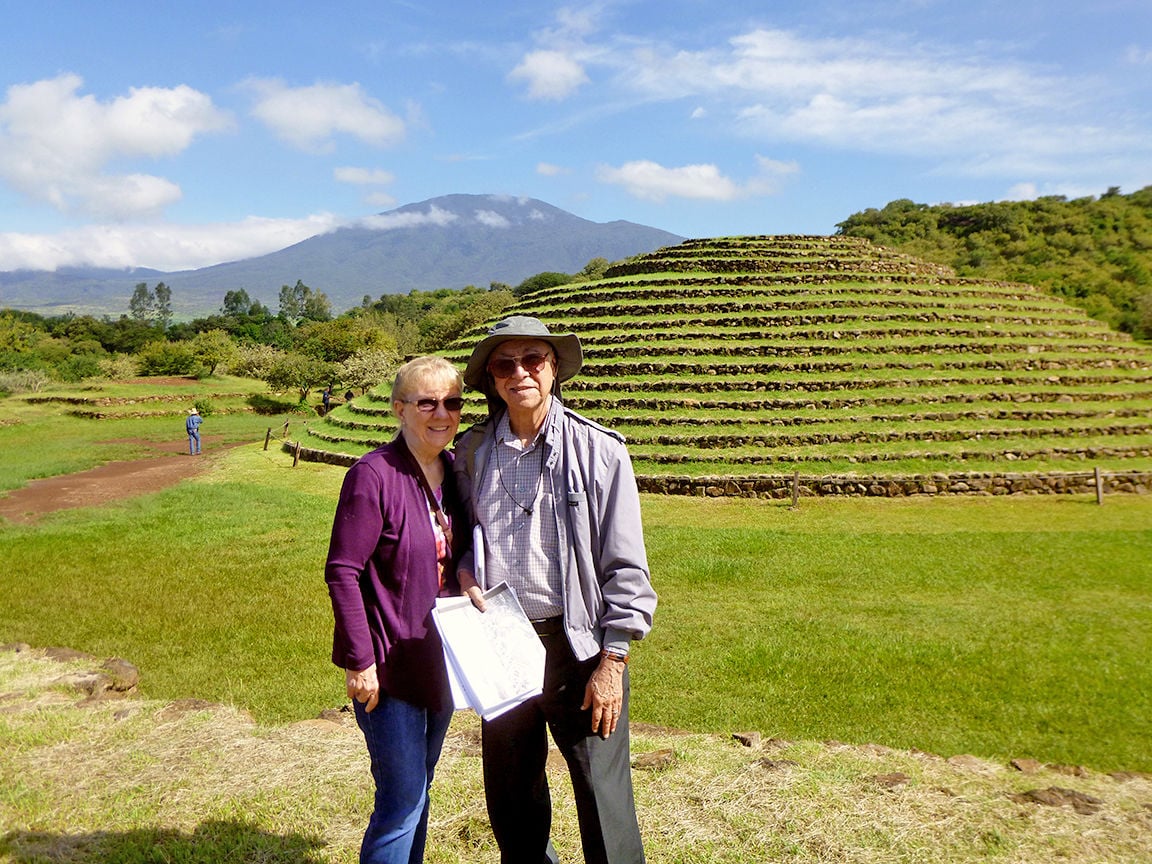 Ramón and Sharon Salcido at the pyramid of Guachimontones. 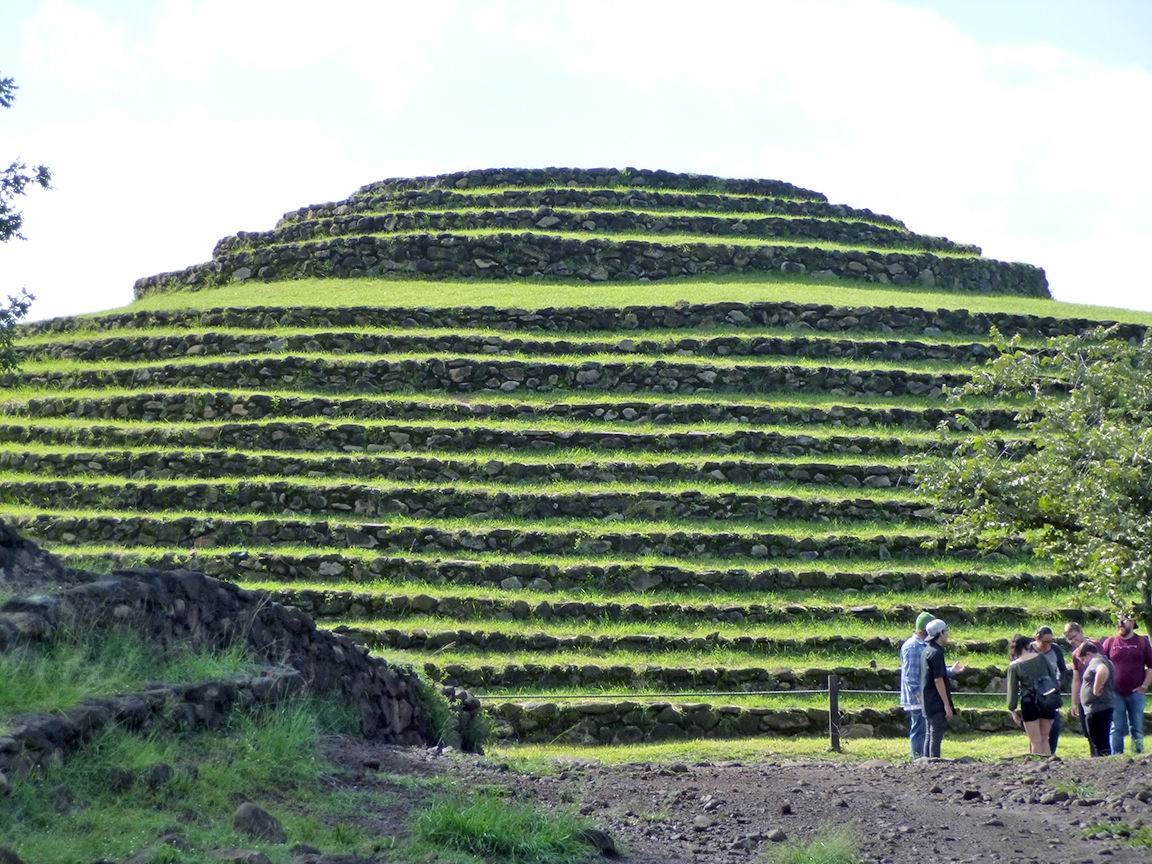 The Pyramid of Guachimontones near Guadalajara, Mexico.

Ramón and Sharon Salcido at the pyramid of Guachimontones.

The Pyramid of Guachimontones near Guadalajara, Mexico.

Since archaeology and art are of interest to my wife and myself, we were thrilled to have the opportunity to visit the pyramids of Guachimontones (a UNESCO World Heritage site) near Guadalajara Mexico. We often travel to Spanish speaking countries to study the culture and share it with students from our Spanish class at Sun Lakes.

As part of our Sept. 23, 2018 trip to Guadalajara, we visited the Guachimontones pyramid site and its museum. Located about 40 kilometers west of Guadalajara, lies the interesting archeological site of the only round pyramids of Meso-America. What is so interesting about these pyramids is that they are round, not the traditional pyramid with all four sides meeting in a point at the top. The site is near the town of Teuchitlán around the lake called La Vega in the state of Jalisco Mexico.

We were spell-bound to see the circular pyramids. Two ball courts are found at the site. Our guide showed us the largest one between the main pyramid and the second smaller one. It measures 111 meters in length. According to our guide, the games were played from sunrise to sunset. The ball was made of natural rubber and players could only hit it with their hips. Ball games were often elaborate rituals, accompanied by music and dancing. In contrast to the Maya, the games were sometimes used as a means of mediation or possibly a substitute for war.

Our guide, Salvador Ramirez (antropologist), was an archaeological field assistant to the original investigative team provided information and insights as to the Teuchitlán civilization and cultural practices. According to him, the site is only 20 percent excavated but has several artifacts that can be seen at the Museum. The civilization known as Teuchitlán was in the region more than 2000 years ago, between 200 B.C. and 400 A.D. At its peak it was home to at least 40,000 inhabitants. The pyramids are representative of the Teuchitlán archaeological tradition. The 60-foot tall main pyramid has a set of 13 steps leading to a platform of four smaller steps that represent the four elements of nature. It was used as a ceremonial site to worship the deity of Ehecatl (the wind god). The remaining three circular pyramids are smaller, fourth the size with only four steps. At the top the pyramid a tree stump was placed where a shaman climbed to pray and twirl down. Of the ten circular pyramids only four have been excavated and studied.

Finally, we visited The Guachimontones Interpretive Center “Phil Weigand” UNESCO Museum that was inaugurated in 2012. The museum is named after Dr. Philip Weigand, who, spent his life documenting this highly organized society. Along with the exhibits, you see a glass covered tomb, obsidian artifacts and ceramic clay figures showing the life-style of the Teuchitlan people.

This is a continuation of articles spotlighting Sun Lakes employees with ten years or more of service.

Two great golf events are being offered during Charity Week this year.

The traditional crown jewels of Charity Week have been re-imagined this year due to COVID restrictions. The signature Sunday Pro-Am Tournament and Saturday Pro-Am Shootout have been redesigned so that although there will not be golf pros in the mix, Sun Lakes Residents will be able to play i…

We are happy to report that the Arts League is now preparing for future meetings, classes and special events.

Seven Days in May