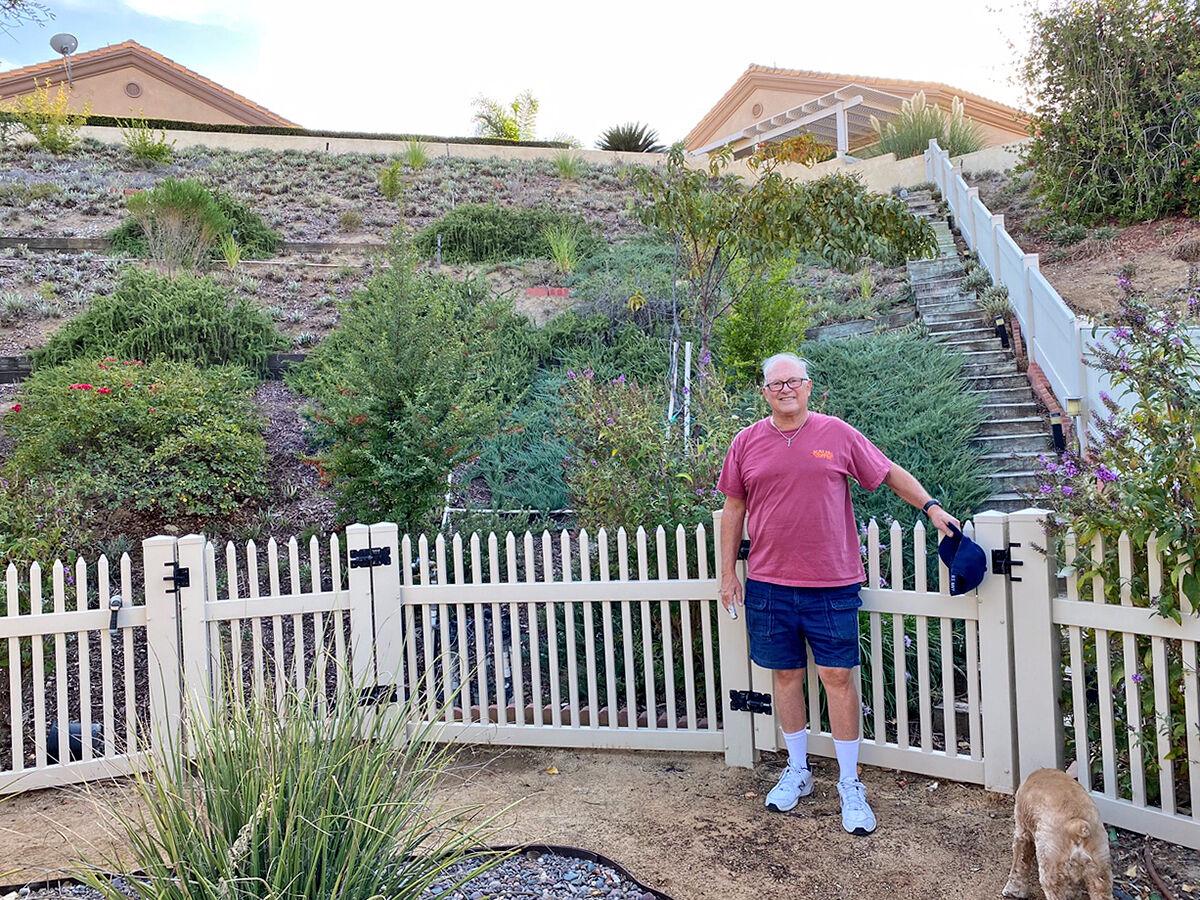 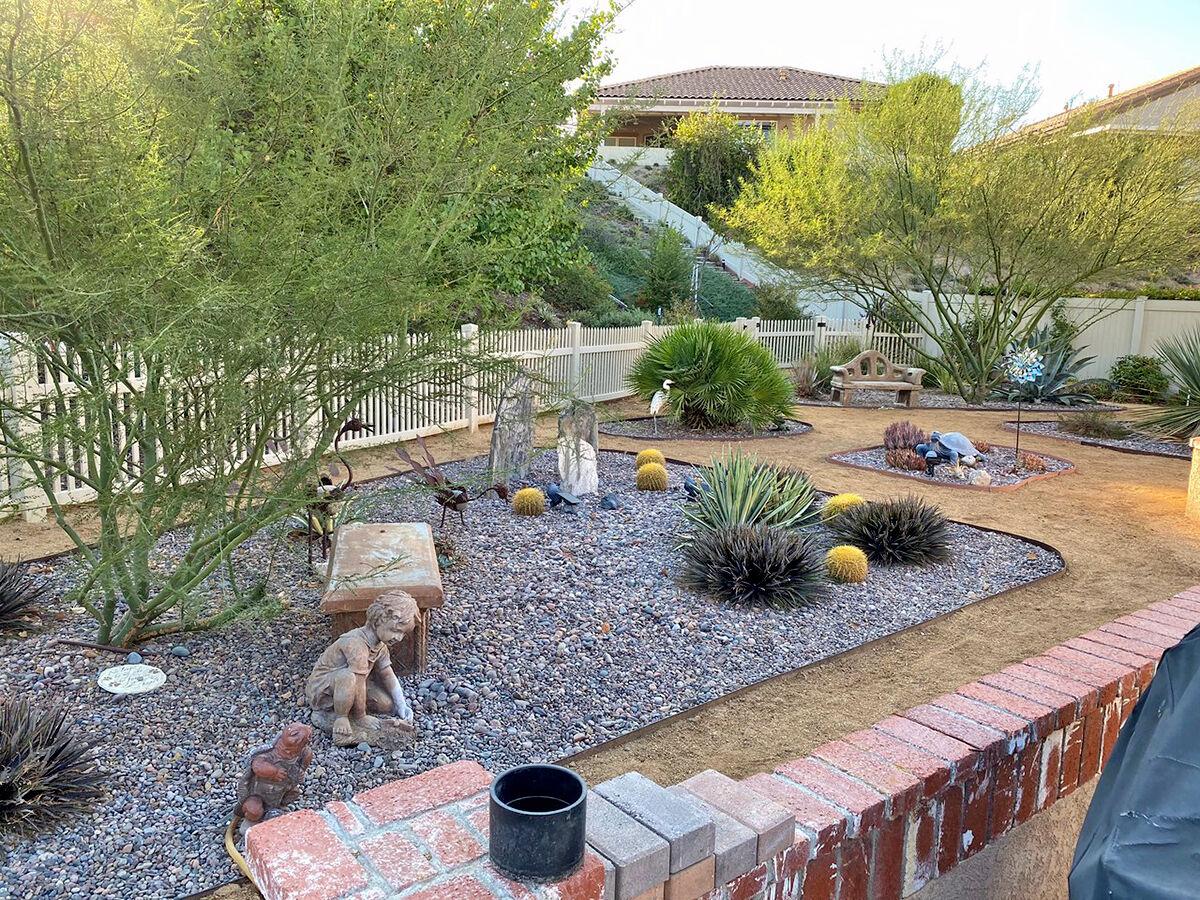 The five islands on the lower level. 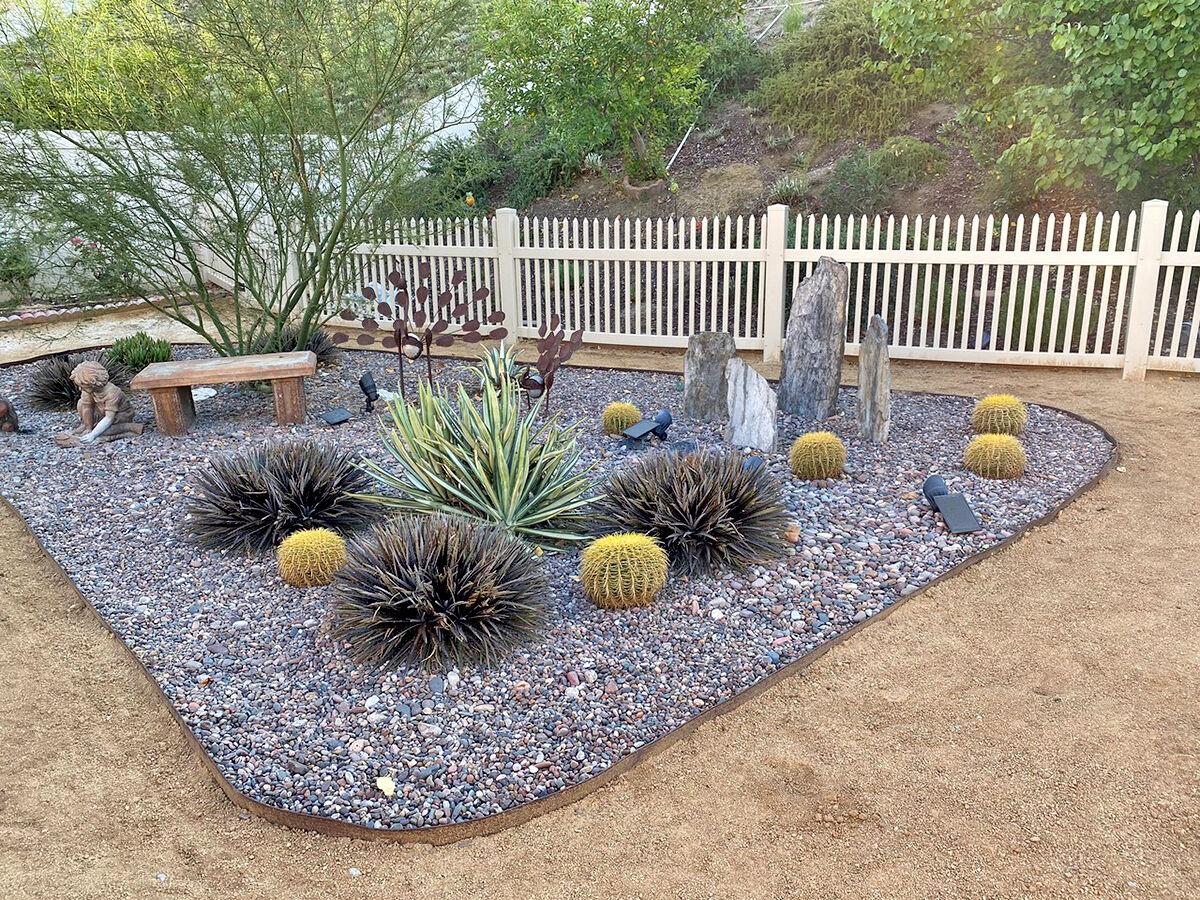 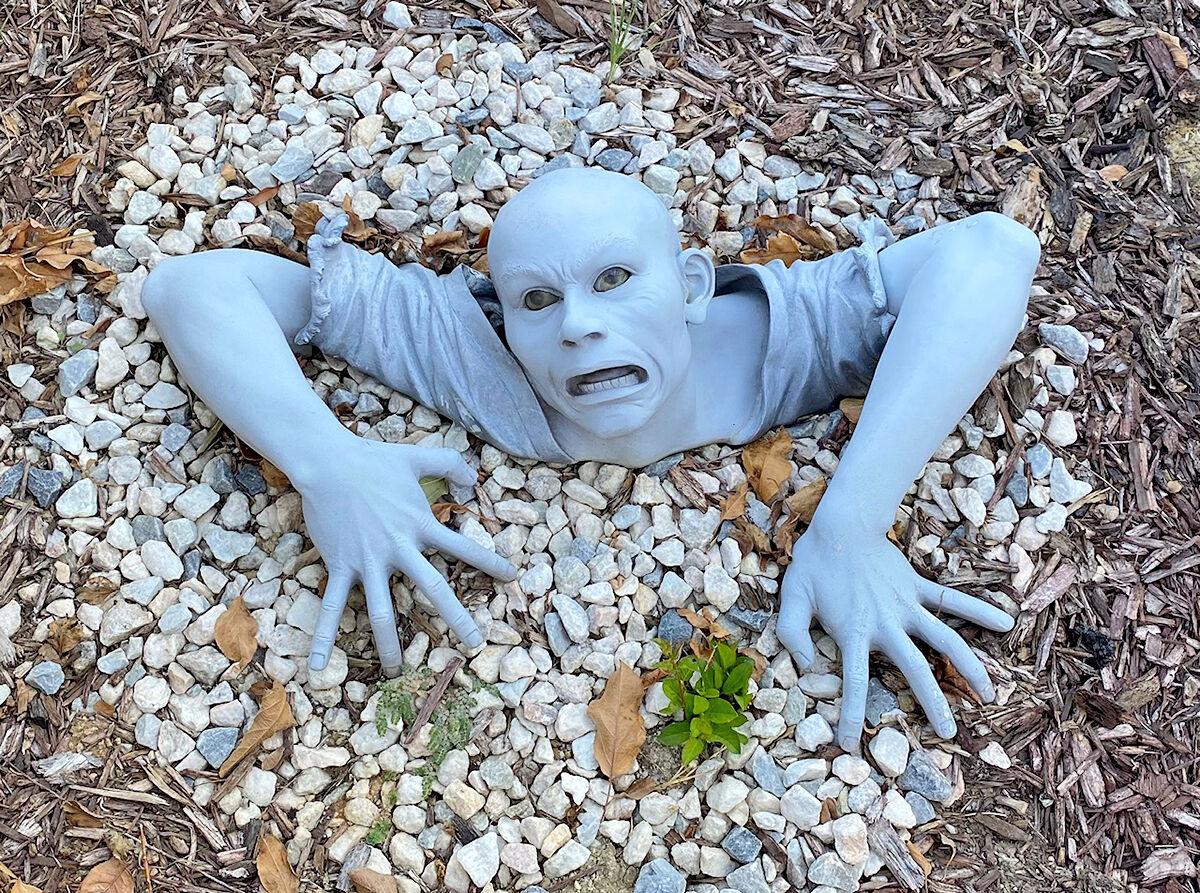 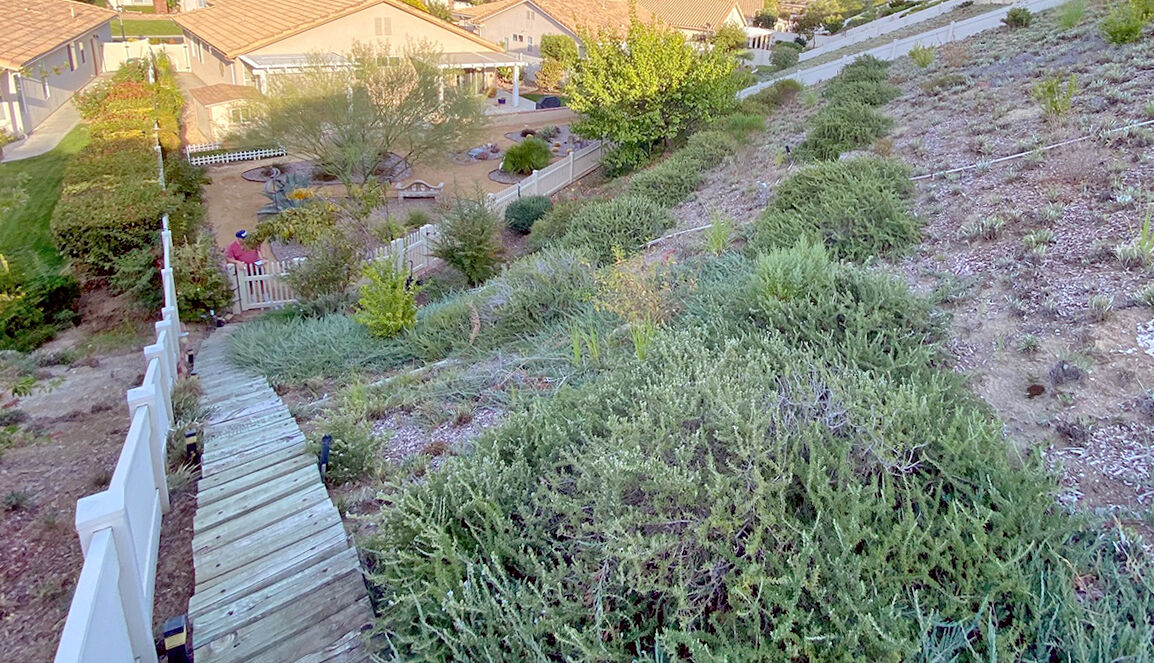 A view from the "nosebleed" section.

The five islands on the lower level.

A view from the "nosebleed" section.

When Ron and Sandra Glickman moved to Sun Lakes from Westminster in 2012, they thought long and hard about landscaping their huge backyard.

With the help of a landscaper, they plotted out 5 “islands” of drought-tolerant desert plants on the level area, and added many hardy plants to the large, up-sloping hill above it.

They named one island “Easter Island,” because of its 4 granite slabs set in gravel, and a stone bench surrounded by several garden structures. A second, named “Turtle Island” is dominated by a large cement sculpture of a tortoise.

The fifth island is called “Spinner Island” because of the spinning structures on it. Rose bushes bloom along one side of the yard, and a whimsical “buried man” is next to a short stone wall.

Beyond the islands on the level ground is an enormous hill, accessible by a series of wooden steps along the side.

A week of golf and new friendships

The Ladybugs Golf Tournament is held each year in October in Fort Mojave, Arizona and this year’s tournament was held on October 28 and 29. Marilyn Tefank, a Sun Lakes resident, had played in the tournament only once before and golfing buddy, Linda Emmerson of Banning, had played the tournam…

Back in the mid-1950’s, long before the term “reality TV” was even coined, there was a reality TV show dubbed “You Asked For It”.

Like most other holidays in 2020, Sun Lakes celebrated Veteran’s Day a little differently this year.

Joe Shaw celebrated his 80th birthday last month at a surprise dinner party given by his wife, Patti Webb.