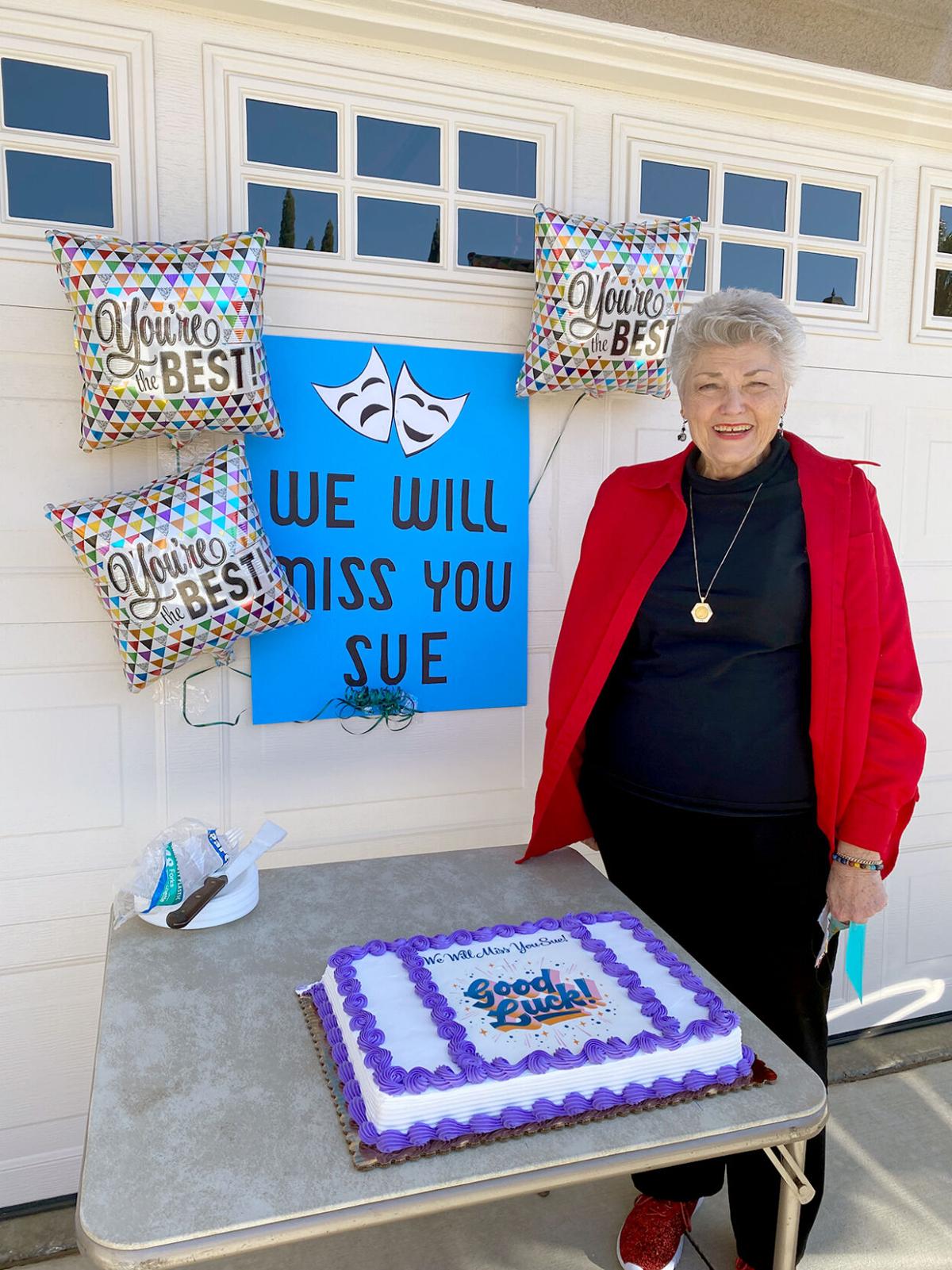 Sue Dunn, was honored with a drive-by farewell by members of the Sun Lakes Playhouse on March 31. 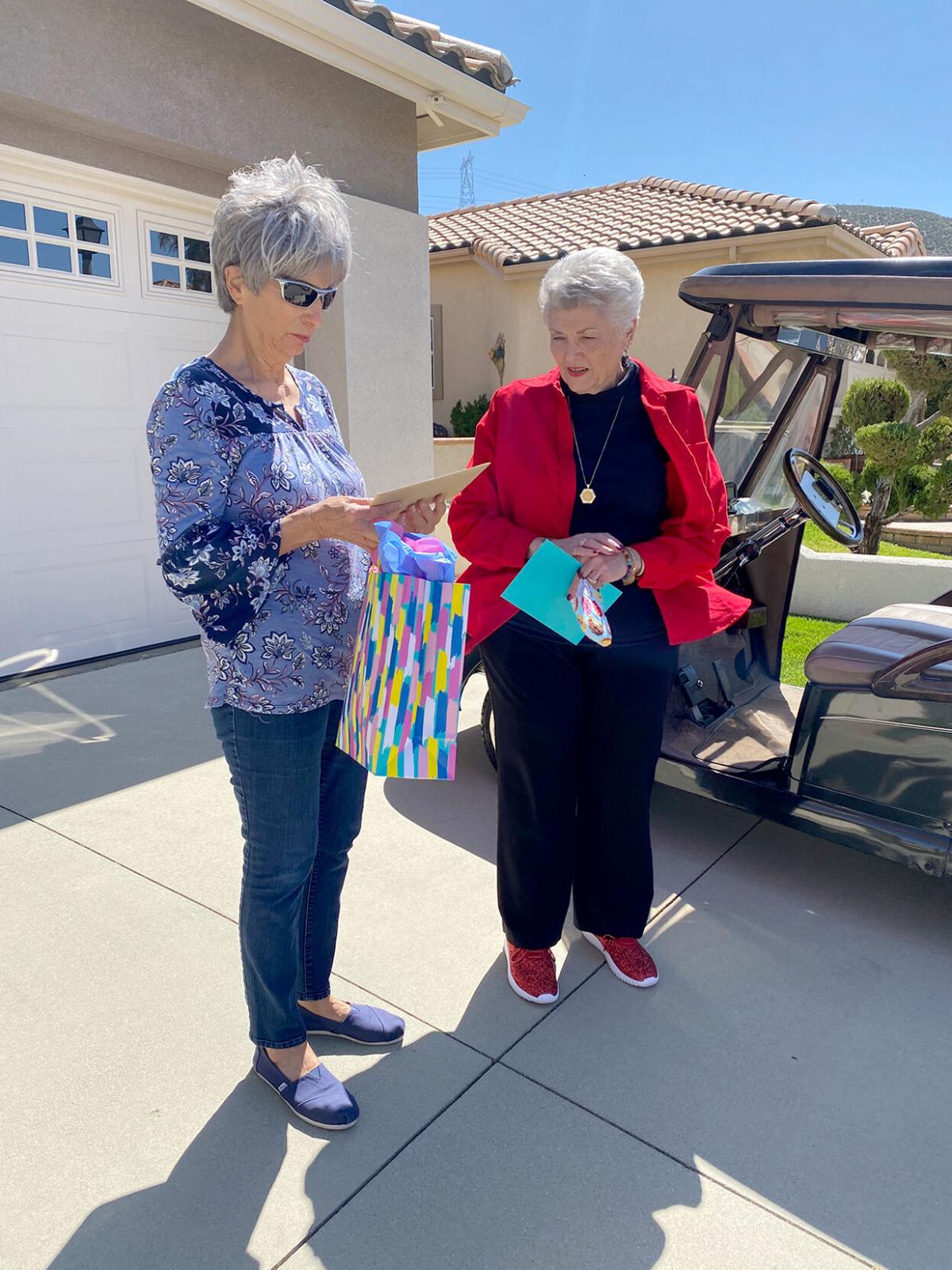 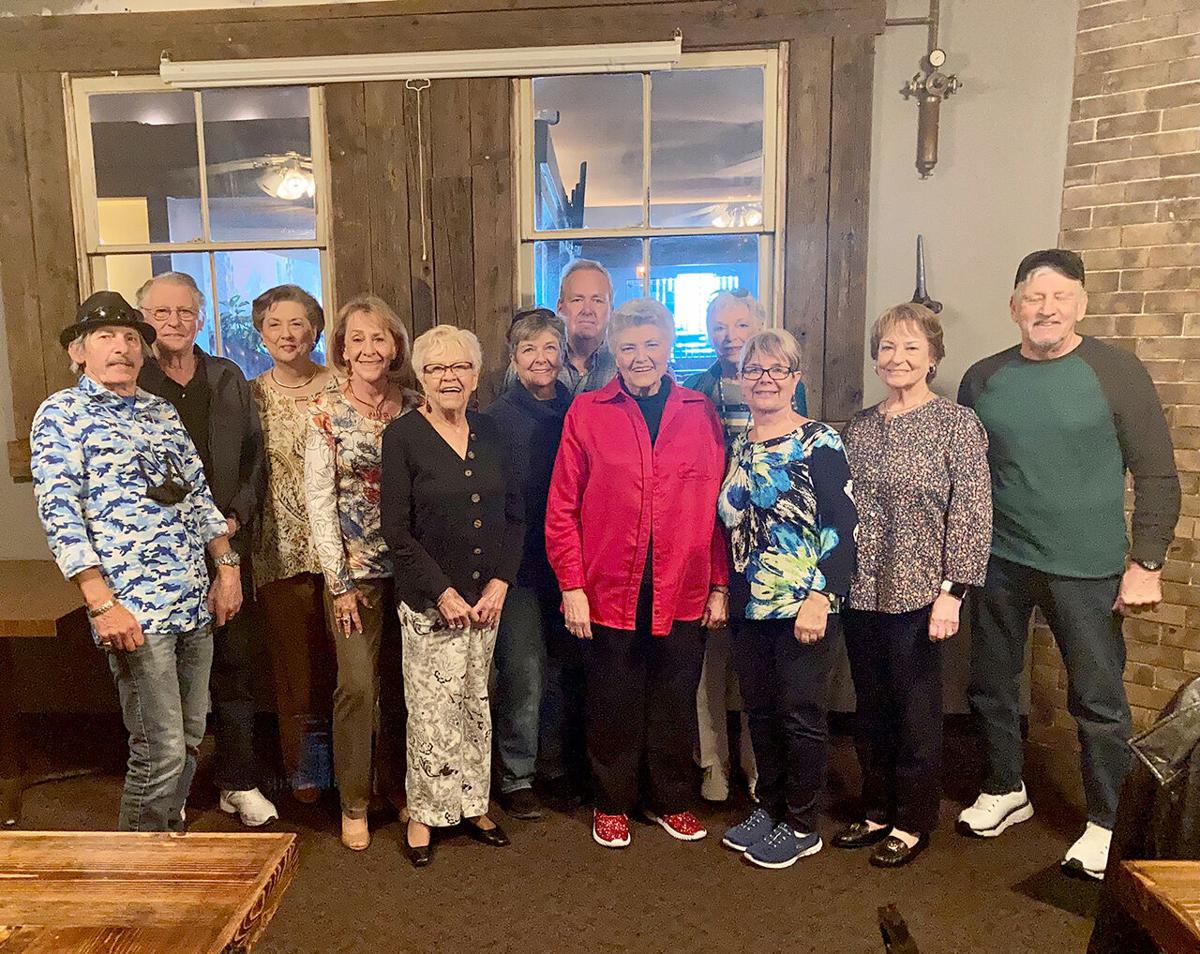 A farewell luncheon for Sue Dunn was held by members of the Sun Lakes Playhouse on March 31.

Sue Dunn, was honored with a drive-by farewell by members of the Sun Lakes Playhouse on March 31.

A farewell luncheon for Sue Dunn was held by members of the Sun Lakes Playhouse on March 31.

Sue will be moving to Newton, Kansas in mid-April to join her daughter, son-in-law and grandson who moved there in December 2020.

A luncheon at Marla’s Mexican Restaurant was followed by a drive-by farewell at Sue’s home later in the afternoon.

Since joining the Drama Club/Playhouse Sue has held numerous offices.

She currently serves as secretary on the Playhouse Board, but also served as president for six years, as vice president and membership chair.

In addition, she was involved with many aspects of the outstanding productions presented by the Playhouse both behind the scenes (co-directing, lighting and sound) as well as performing on stage. Sue stated that one of her biggest pleasures was co-directing the 2017, 2018 and 2019 productions of “That’s Entertainment.” She has also served as the Director and was a member of the production team for a number of Reader’s Theater productions.

Playhouse President Martie Steggell thanked Dunn for her many contributions to both the Drama Club/Mystery Theater and the Sun Lakes Playhouse at the drive-by event and presented her with a gift card and a crystal paperweight inscribed with “Thanks for the Memories.”

Participants brought balloons and signs and enjoyed a piece of cake with Dunn before bidding her farewell.

Dunn said “people here have been so wonderful and she has been overwhelmed by the many friendships she has made over the years.” She went on the say that “she doesn’t think there are many communities like Sun Lakes and she will miss everyone here and in particular, the members of the Drama Club and the Sun Lakes Playhouse.”

Good friends, Joan and John Swem, who were also her real estate agents in selling her Sun Lakes home, gave Dunn a pair of sequined ruby tennis shoes (ruby slippers that she wore for her special day of farewells) and told her “that if she clicked her heels three times, it would bring her back to Sun Lakes.”

We wish Sue all the best in her new home in Kansas and hope that she and her ruby slippers can return for many visits with her Sun Lakes friends in the future.

One of the more popular events of Charity Week has always been the Helicopter Ball Drop. Folks gather on the driving range to watch the chopper fly in, maneuver over the drop zone and dump the golf balls onto the target to determine the winners of the cash prizes.

Charity Week schedule is official – get your tickets

Summer is fast approaching and Charity Week will provide an opportunity for some fun in the sun.

The Sun Lakes Restaurant reopened with 160 reservations for lunch and dinner on Friday, March 26.

Sun Lakes’ resident, Gail Wright, recently assisted with cleaning out cupboards at Grace Lutheran Church in Banning where she is a member of the congregation.

My parents were married in 1932, in the very worst part of the Great Depression.

A day of fond farewells for Sue Dunn