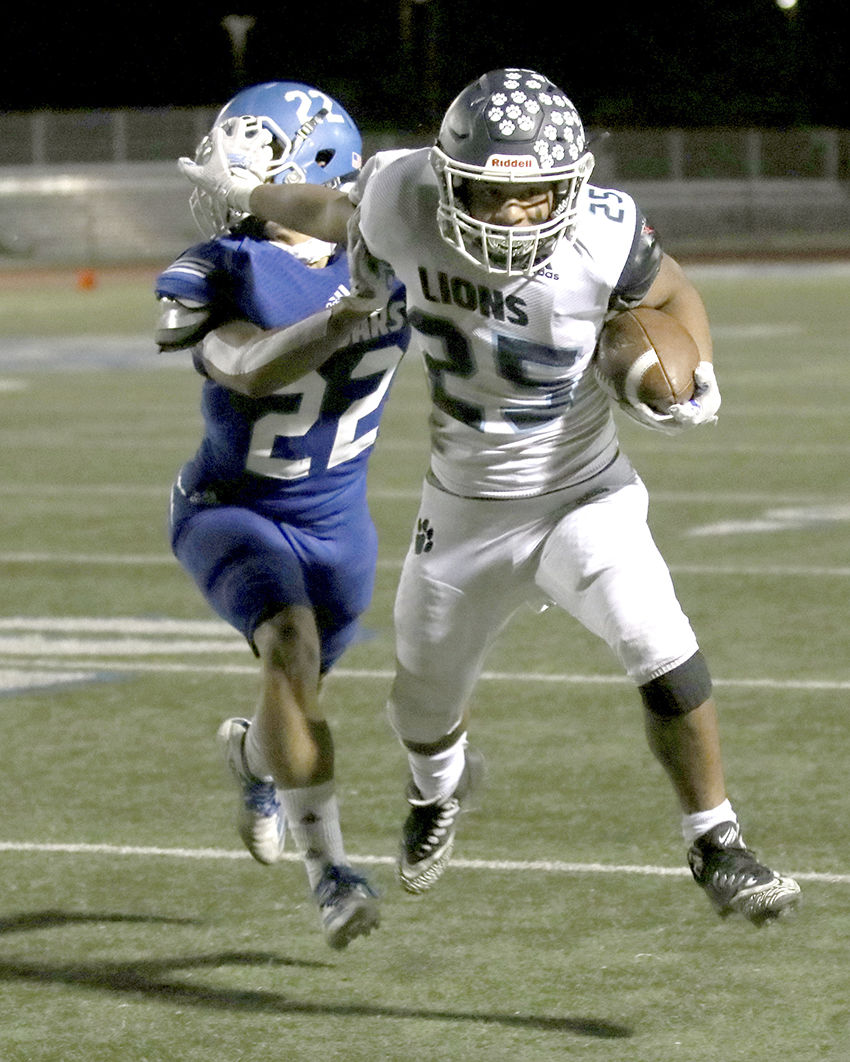 Blake Allen, of Linfield, is up in the air, together with Beaumont's David Williams, during Beaumont's loss, last Friday. 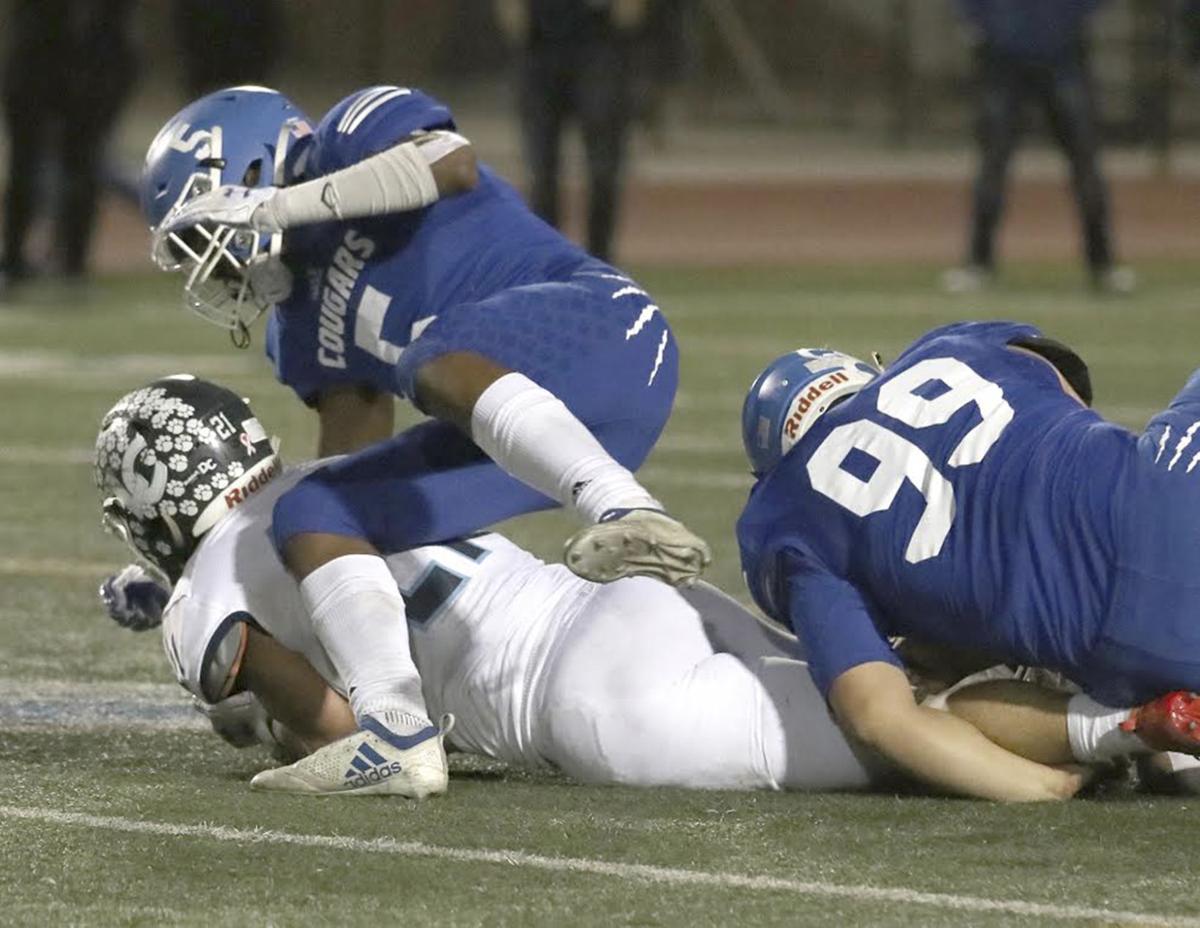 Last Friday, at Beaumont High School, the scheduled game did not seem like an average grudge match, in post-season play.

The two teams vying to be the victor in the first game, in their single elimination tournament, were the Beaumont Cougars and the Linfield Christian Lions.

Who will continue to the 2019 CIF Southern Section High School Football Brackets Division 11?

In a nail-biting­ finish, it was the Lions who were victorious with a 47-42 win over the Cougars, in last Friday’s non-league game.

Before the game Cougar’s offensive coach, Frank Fabela, thought the match-up would be intense.

A tough game it surely was.

The Lions’ Justin Manqueros put six on the board with 6:42, in the first quarter.

The extra point was blocked by Beaumont.

One minute later, Cougar Kamari Ross responded with an 80-plus yard touchdown.

With the extra point good, the Cougars led 7-6.

The Cougars would score, again, in the following two minutes, by Edward MucCulloch, on an approximately 12-15-yard run.

Not to be outdone, Linfield’s Jalen Leonard completed a pass to score for the Lions.

With an incomplete two-point conversion pass, Beaumont was on top, 14-12.

Beaumont’s McCulloch would score on a four-yard run.

With the extra point good, the Beaumont was increasing their lead at 21-12.

Linfield would put eight more points on, with 3:27 left in the half.

The Cougars put another 7 on the board, almost seconds later.

The Lions’ Manequeros bolts down the field, dodging defenders and thwarting tackles to score, with less than 60 seconds on the clock.

At the end of the half, the Cougars still carried the lead with a score of 28 to 26.

The game had everyone on their toes.

It was a no-holds bar battle, on both sides of the field.

Players were leaving the game due to cramps and injuries.

With less than five minutes in the third quarter, Lions’ safety Marshall Wiese recovers a fumble from Beaumont’s quarterback and runs in a 25-plus yard touchdown.

With less than ten minutes in fourth quarter play, Michael Harkins, of the Lions, scores with inches.

The Lions responded quickly with another touchdown by Kamari Ross.

The crowds on both sides were screaming.

The Cougars gave up a safety to the Lions, with hopes of killing the clock.

The Cougars were in the lead.

Hopes were dreadfully dashed when Linfield’s Michael Harkins scored the winning touchdown for the Lions.

This was a game when the unexpected was the expected.

The icing on the cake for the Lions came when Micah Knipps snagged an interception for his team, with seven seconds remaining on the clock.

The Lions, of Christian Linfield, roared to victory with a score of 47 to 42.

“It’s a great feeling to come out here on the playoff run,” Linfield’s Knipps said.

“We came out here going against an 80 man plus roster with our 31.

“It was game with David and Goliath.

“I think we were two evenly matched teams, and the scoreboard showed that.”

Knipps is the All-Time interception leader for Linfield Christian.

Coach Burns, of the Lions, was very happy with the victory.

“They played through adversity.

“We saw a maturation of our football team.

Regarding Knipps interception, Burns said, “He showed up in a big way.”

Linfield Christian will now prepare to take on the Bulldogs of Pasadena on Nov. 15.