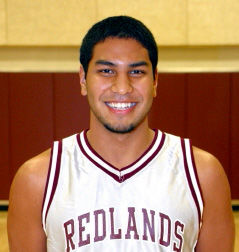 Amir Mazarei, of the University of Redlands. 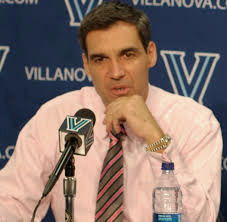 Amir Mazarei, of the University of Redlands.

The Wildcats, who are trying to win their third NCAA men’s basketball championship under coach Jay Wright this weekend, showed up to play at the University of Redlands on Nov. 22, 2003.

This WAS a big deal.

Folks, there’s quite a difference between the two programs.

At NCAA Div. 3 Redlands, no athletic scholarships are allowed.

At Div. 1 Villanova, virtually every player is on an athletic scholarship.

At Div. 3 Redlands, most kids are undersized, a little slower, skill-sets just not measuring up to standards.

At Div. 1 Villanova, most players are thinking possible NBA deals.

At Div. 3 Redlands, the Bulldogs are just trying to manage practice and games around class schedules.

At Div. 1 Villanova, all games are televised with live radio broadcasts.

At Div. 3 Redlands, if Mitch McClellan  and Brett Malek aren’t calling the games, you’d have to check scores on the internet.

You can tell there’s a difference between Div. 1 Villanova and Div. 3 Redlands.

All the more reason why you’d ask what Villanova was doing here in the first place.

“We brought eight kids,” said Wright. “Five were on scholarship. The other three were walk-ons (non-scholarship players).”

At Redlands, every Bulldog player is a “walk-on.” There are no scholarships.

Yes, it was a game completely out of the ordinary, a middle-of-the-road small college team taking on a powerful presence in college basketball.

For visiting Villanova, it was a glance at small college basketball.

For Redlands, it was a chance to rub elbows against a major college, Big East Conference program.

“They needed to dial up a win,” said Bulldogs’ longtime coach Gary Smith. “Originally, they were going to play Claremont (one of Redlands’ conference rivals) on Friday and then us the next day. But Temple was on their schedule and they forced Villanova to play that game.

“Claremont got aced out of a chance to play them.”

The game had come about due to a strange set of circumstances. Some Villanova players had unauthorized use of a telephone, making calls that were deemed “extra benefits” by an NCAA ruling. Sanctions were imposed. Some players had been suspended for six games.

Wright spoke to me as if we were old friends – charming, personable, honest, you name it. If there’d been classes for dealing with the media, he probably got an A-plus.

“They had asked us to bring a representative team to Maui,” said Wright. “A lot of our alumni and boosters had bought tickets to that. It was up to us to field a decent team.

“All because of the phone issue.”

In order to carry its full roster in Maui, Villanova needed to get rid of that six-game sanction and clear its players.

When Villanova’s undermanned roster blasted Temple in a late Thursday night game back east, it seemed as if Redlands might be in for a worse beating early on Saturday.

“A Big East team, of all things,” said Smith. “For them to be (competitive) in the game (against Temple), I think, was just amazing.”

“Redlands,” said Wright afterward, “put the scare into us.”

“They should’ve been scared,” Smith countered.

Redlands countered with Derek Flegel and Billy Shivers combining for 51 points. Amir Mazarei, a freshman who would go on to set Redlands’ all-time scoring record, added 15.

Villanova finished 18-14, failing to make the NCAA tournament that season.

On Father’s Day, drop him a good read

Brian Billick, from Redlands, wrote a book about the NFL.