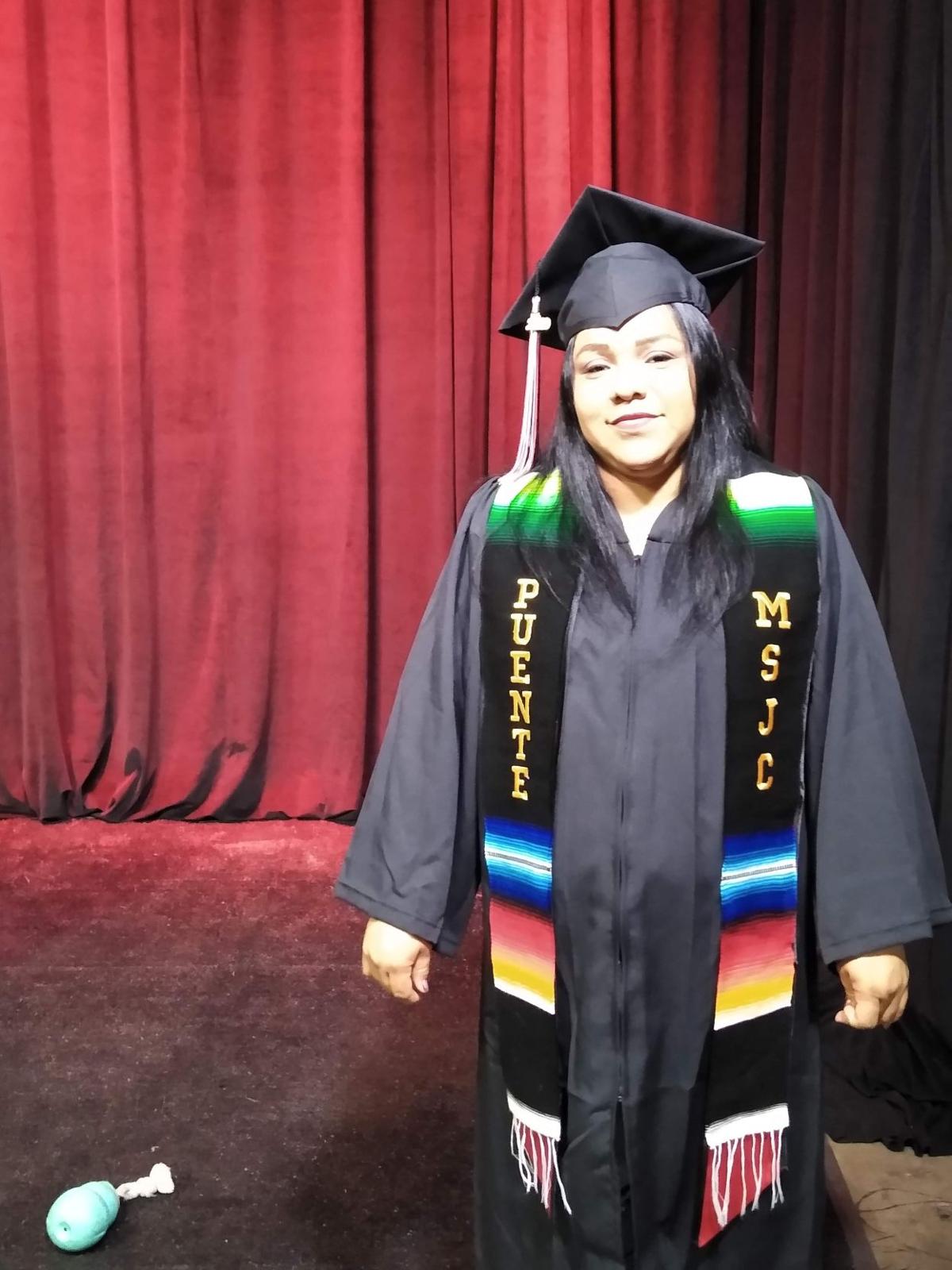 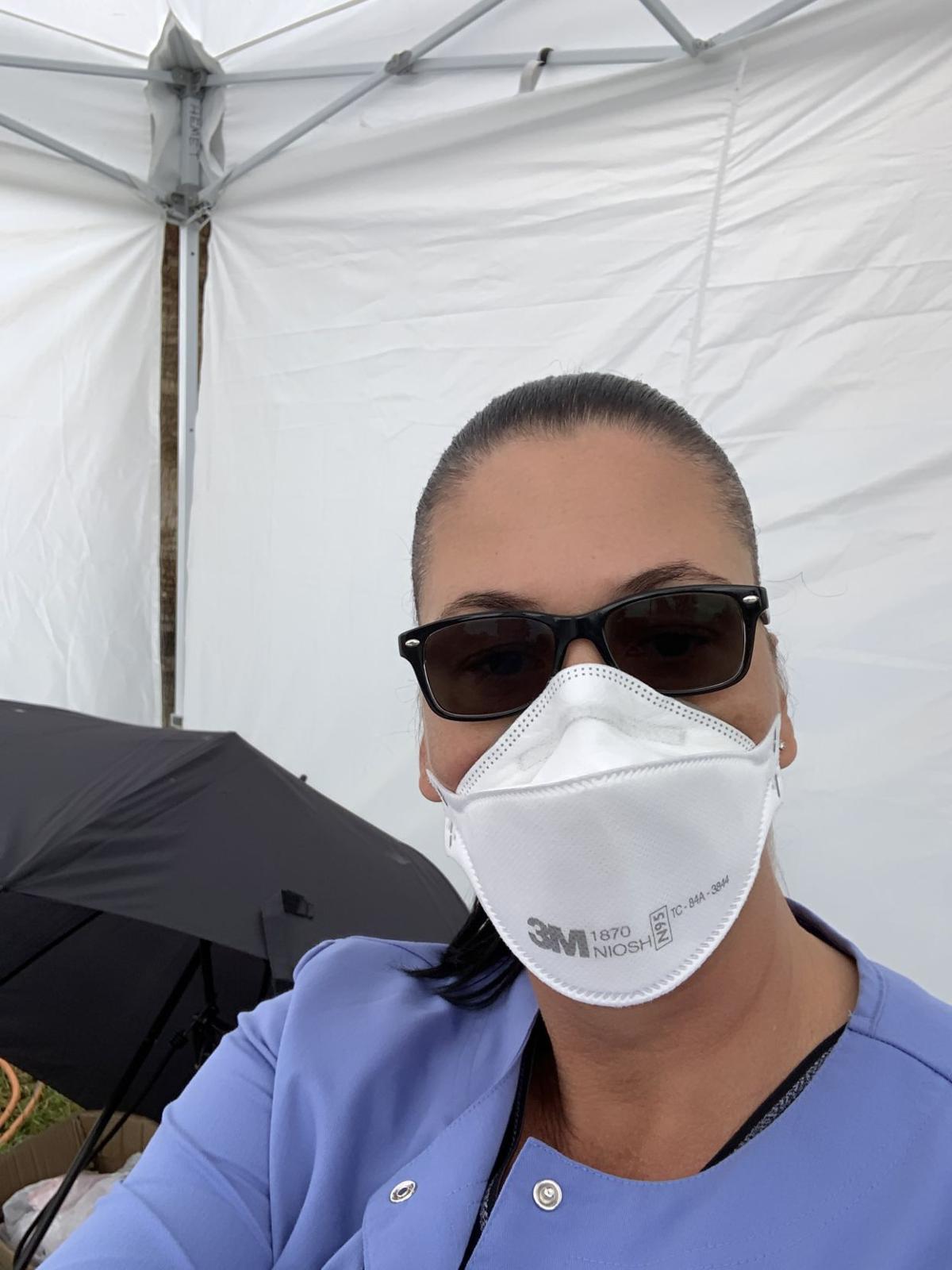 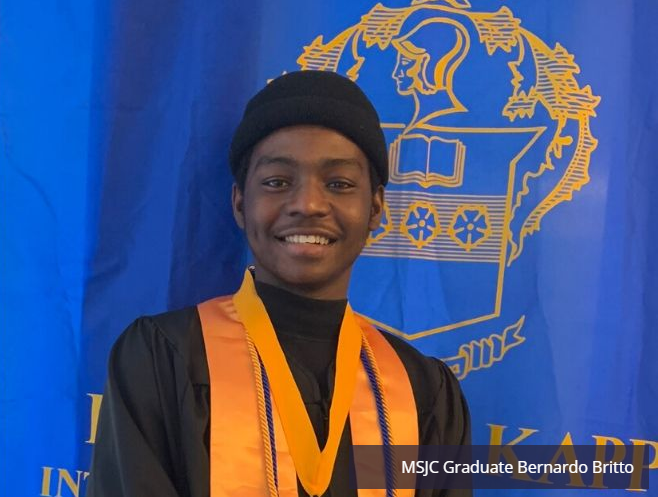 Banning resident Bernardo Britto will graduate with an associate's degree in nursing as he pursues his career goal of becoming a nurse practitioner.

The Phi Theta Kappa (PTK) student, originally from Nigeria, served as the ceremony's tassel turner and plans to transfer to Cal State San Bernardino after graduation.

On Thursday, Britto will join the largest graduating class in MSJC history. The college will hold its annual ceremony online to reduce the spread of COVID-19 during the current pandemic.

The 37-year-old Hemet resident started to pursue her higher education in the early 2000s, when she attended community college in East Los Angeles, where she grew up. But substance abuse, some time living on Skid Row in downtown L.A., and a growing family paused that journey.

In January 2018, just a few weeks after having a baby, the mother of eight children and a stepdaughter began pursuing her communications degree at MSJC, determined to finish what she started.

“All the help and the resources that I got from MSJC were what I needed to succeed. Without those resources, I probably would be lost,” said Diego, who also celebrates 10 years of sobriety this month. “It’s never too late.”

Today Diego is slated to speak to the largest graduating class in MSJC history when it holds its inaugural virtual graduation ceremony.

The college will hold its annual ceremony online to reduce the spread of COVID-19 during the current pandemic.

Mt. San Jacinto College will award a record-breaking 3,554 degrees and certificates to 1,958 graduates. That’s 251 more graduates than last year, when the previous record was set.

The graduates will earn a total of 3,246 associate degrees and 308 career certificates, as some students earn more than one degree, certificate or a combination.

But life took priority. She raised a family, suffered a cancer scare, and worked several great jobs over the years, but an instinct for helping others convinced her to return to MSJC to pursue a degree in nursing.

This final semester at MSJC has reaffirmed her calling. When COVID-19 testing sites launched in Riverside County in mid-March, Donini and a few of her fellow MSJC nursing students were among the first to volunteer their efforts at Storm Stadium in Lake Elsinore.

After all these years, Donini looks forward to finally graduating from MSJC.

“For those of you who don't think it's possible, it is, it really is when you set goals and you put your mind to something,” the honors students said. “And I'm not talking long-term goals. I'm talking short-term goals. Make sure you meet the short-term goals and that you know what you need to do to reach your end goal. In conclusion, don't give up. Life happens to everybody.”

The graduation ceremony will also feature speeches from MSJC Superintendent/President Dr. Roger Schultz and MSJC Interim Vice President of Instruction Dr. Jeremy Brown; and video interviews with Student Government Association President Victor Llamas, a San Jacinto resident who will head to the University of California, Berkeley to pursue a bachelor's degree in math; Student Trustee Allison Salas, a Menifee resident who will return to MSJC in the fall as she pursues a career as a registered nurse; and Bernardo Britto, a nursing major originally from Nigeria who now lives in Banning and plans to transfer to California State University, San Bernardino.

As for Diego, her educational journey will continue when she joins her oldest daughter in college this fall.

“I’m walking into those doors at Cal State San Bernardino hand in hand with my daughter,” Diego said, choking up. “I walked her into her elementary school in kindergarten, and now she’s walking me through the university doors.”

For more information on getting started this summer, visit www.msjc.edu/summer.

Caroline Amplatz’s tireless efforts to support great causes have been profound — and global. About one year ago, the attorney and private benefactor extended her desire to invest in science research and education to California State University, San Bernardino with a substantial gift to the D…

Banning resident Bernardo Britto will graduate with an associate's degree in nursing as he pursues his career goal of becoming a nurse practitioner.

Mt. San Jacinto College (MSJC) has teamed up with OnTrac to deliver 3D-printed face shields to regional hospitals to support front-line workers during the COVID-19 pandemic.

Cheri Jocson lives in San Bernardino, but chose to attend Riverside City College for most of her undergraduate education, drawn to the city's nearby arts community.

Banning announces its next superintendent

Banning Superintendent Robert Guillen is on the cusp of his retirement next month.