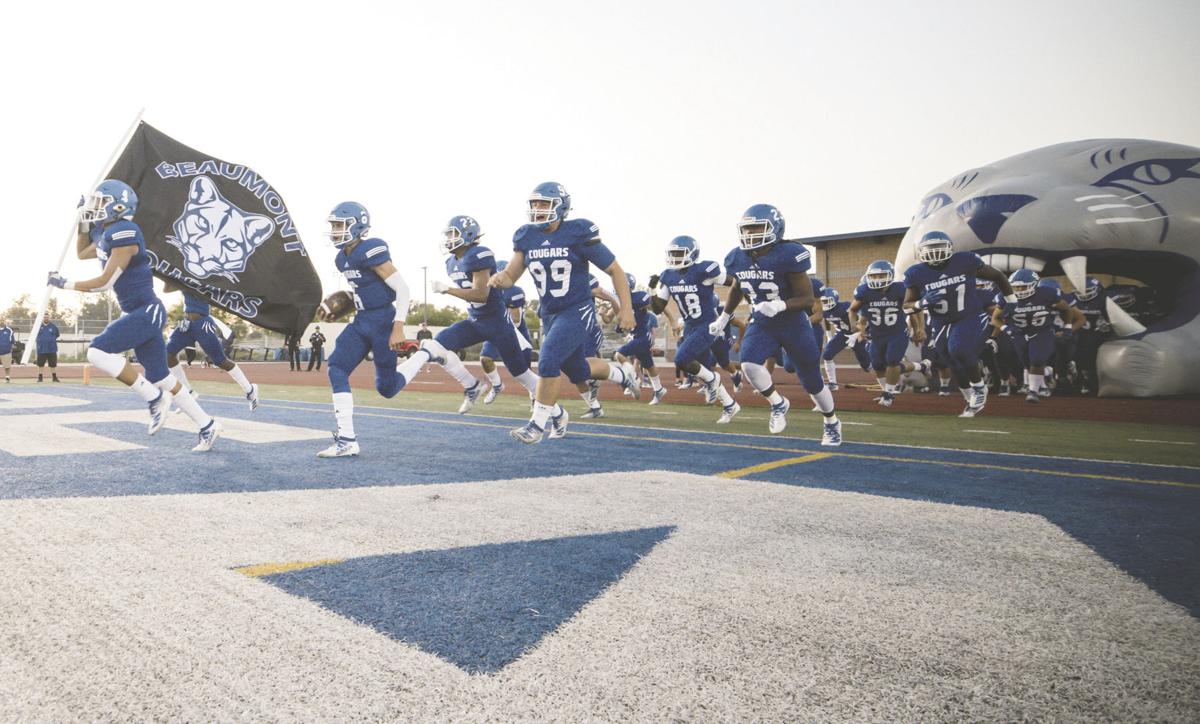 Beaumont football team takes the field on Sept. 13, 2019 against Banning. 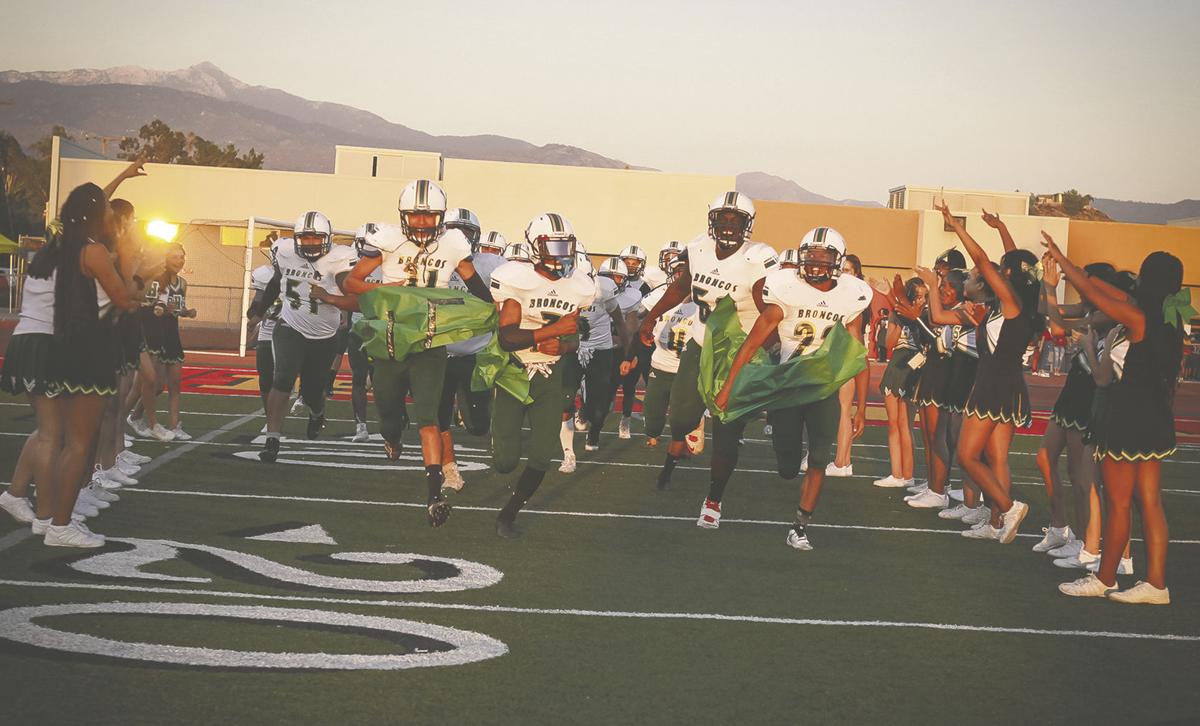 Banning’s football team runs through a banner at the start of the War of the Wheel game against Beaumont on Sept. 13, 2019.

Beaumont football team takes the field on Sept. 13, 2019 against Banning.

Banning’s football team runs through a banner at the start of the War of the Wheel game against Beaumont on Sept. 13, 2019.

The three high school sports seasons — fall, winter and spring — are now scheduled to be played between December and June and will be condensed into two seasons: fall and spring.

Which means, Spring sports playoffs will be pushed back to May and June.

The move was made as the CIF takes every step to stop the spread of the coronavirus.

Most California schools are closed for on-campus instruction under a mandate by Gov. Gavin Newsom, until they pass certain health benchmarks, which made this announcement unsurprising.

The CIF said it had no choice but to delay the start of seasons by pushing the sports calendar into 2021.

Beaumont Athletic Director Martin DuSold said he is “grateful that our CIF state and sectional offices have put so much time and effort into putting out a calendar that will offer an opportunity to play all sports this year.”

Each CIF office released its own calendar on regular-season start and end dates.

Dusold said it will definitely impact student-athletes as the new configuration of seasons will combine sports that do not normally play at the same time of the year, so it will be more challenging for those that play multiple sports due to the overlap.

“We have a number of staff members who coach multiple sports, so that will require a lot of hours to be concentrated into the newly configured seasons.”

In order to help with the overlap of seasons, CIF standarized the length of the regular seasons to approximately 72 days, for those that previously has more days than thatt, like soccer at 83 days or basketball with 81 days.

Sports like girls volleyball previously had 57 days will be left alone.

Although, the total number of days for some sports will be reduced approximately 5-12 percent, schools will still play the same number of maximum allowable contests, if they choose, in that smaller time frame.

In the meantime, a return to athletics will be dictated by COVID-19 data as assessed by the state and county health departments, so we do not have a timeline for actual return to participation at this time, said Dusold.

Pass area football season is slated for games to begin on Friday, Jan. 8 and conclude on Friday, March 12.

Beaumont High School and the ninth-grade Building Assets, Reducing Risks (BARR team acknowledges many of its freshmen for academic excellence in the latter half of this past school year.

The Pass area’s public schools will have a virtual start later this summer, with Banning beginning Aug. 17, and Beaumont starting earlier on Aug. 6, with all students studying in place in their own homes.

Presumably when students return to Beaumont High School, they will see the progression of a couple of new buildings, and the concrete landscape that once made up basketball and tennis courts “relocated.”

Due to the ongoing threat of COVID-19, Gov. Gavin Newsom announced today, that California schools will start the new school year with distance learning.