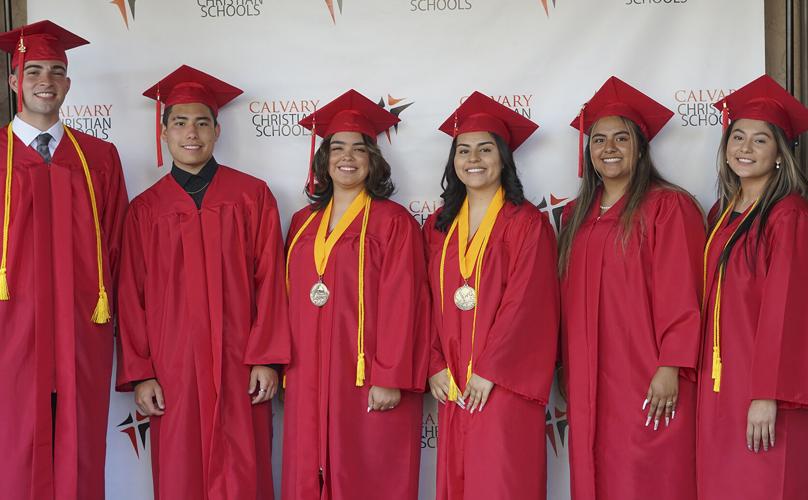 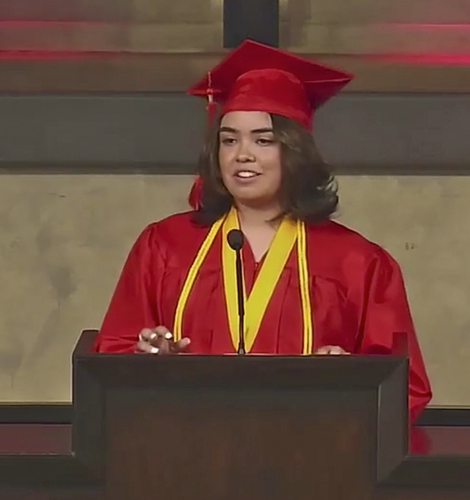 The Banning resident started there with preschool, and 12 or so years later, finished at the top of her class.

Bonilla earned her spot as salutatorian, and after her school’s June 1 commencement, moves on with a lifetime of memories at her small school.

“Teachers had more time to focus on individual students, and all of the teachers were nice over the years,” Bonilla says. Compared to a public school, “It’s way different: we don’t have AP classes and a lot of programs that other schools have.”

She will look back fondly on activities such as the annual rockathon — since transformed into the school’s walkathon — when participants would bring rocking chairs and play games and watch movies; now it’s become a walkathon where the campus gets out and helps clean up the community, usually followed by a fun activity like bowling.

Fourth-grade teacher Gray Brown, who became good friends with Bonilla’s mother, since she cuts his hair, “helped me become more social, and he was a big presence in secondary education,” Bonilla says. She describes Brown as “always a fun, supportive teacher who always had candy for games, and he’d help me collect cans and bottles around the school” for a little bit of extra spending money.

Then there’s the pastor’s late wife Becky Szydlowski, who she fondly remembers as “my first teacher. She was always nice to my family.”

Bonilla was joined this year by five other seniors to make up Calvary Christian School’s Class of 2022.

She will be going to MSJC to take general classes, earn an associate’s degree and transfer to a university to study prenatal sonography.

Jasmin Torres was a student at Calvary Christian since fifth-grade.

The class’s valedictorian “Will miss the teachers and my friends. I know it’s a small school, but everyone got along really great,” Torres says.

She says she will specifically miss the company of English teacher Hannah Corl and her husband Nic Corl, the athletic director.

“They haven’t been there for awhile,” according to Torres, “but I got closer to them than to other teachers. They were easy to understand.”

In remarks during her valedictory address, Torres thanked “the school as a whole for challenging me academically and spiritually, and for helping me grow in these areas throughout the years.”

Torres will attend Crafton to study humanities and eventually become a social worker.