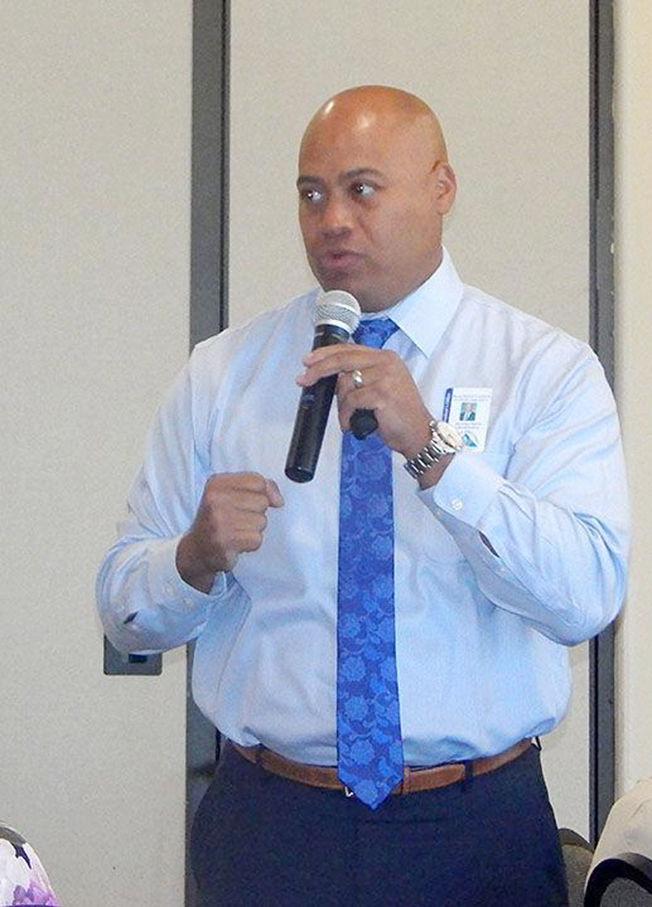 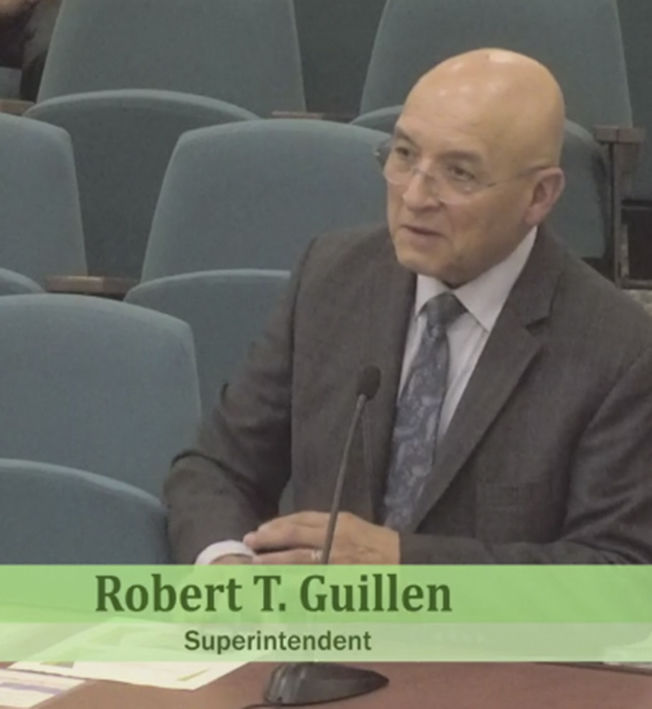 More than 4,400 homes are being built in Banning off of an already busy Highland Springs Road.

Yet, less than 400 of those homes will be sending their children to school in Banning.

The rest, which could amount to more than 1,000 or so students in the next 20 to 40 years as those homes build out, are slated to attend schools in Beaumont.

It is a frustrating situation for Banning Superintendent Robert Guillen, who has had little luck trying to get Beaumont Unified School District to cede their boundaries.

Publicly, he claims that Beaumont refuses to negotiate.

Banning could use the additional average daily attendance funding the state provides districts per student, as a budget deficit looms on the horizon.

Beaumont has a healthy student population; it has a respectful reputation when it comes to test scores.

Banning is embarking on a campaign to raise funds for a new career-technical education building and what promises to be the finest fine arts building between Redlands and Palm Springs.

A memo read by City Manager Doug Schulze from Beaumont administrative assistant Robin Lappert, responding on behalf of her superintendent Terence Davis, explained “As a result of your recent request for a meeting, we had some discussion and have determined that the majority of the Atwell project is within our school district boundaries and there is no anticipation, plans, or pending discussion, to make any changes to those boundaries. Therefore a joint meeting is not warranted at this time,” and invites Banning to contact Davis directly.

That message dated May 3 was the last correspondence provided to the Record Gazette between the two entities.

The first message (supplied to the Record Gazette) to Beaumont was sent out by Schulze’s executive assistant Laurie Sampson requesting a one-hour lunch meeting between Beaumont and Banning’s school districts and Pardee Homes, the developer of the homes going up in the Atwell project where the nearly 4,400 homes are being built.

There was a response from Beaumont within the hour asking for more information as to what the meeting was regarding; five minutes later Sampson explains that it is about the Atwell project and its impact on both cities.

For the next couple of hours Beaumont and the city of Banning exchange suggestions for already busy meeting dates and times.

Superintendent Davis insists that his district has been forthcoming about corresponding with Banning, and that accusations of an unwillingness to respond has been inaccurate.

Superintendent Guillen insists that he had voiced his concerns and posed questions whenever he would run into Davis at events.

According to Guillen, Davis’s responses were usually the same: Beaumont had no interest in pursuing the matter.

To Guillen, those informal “in-person meetings” were meetings; Davis did not see them as official scheduled meetings.

“I have a great relationship with Mr. Guillen, in my fourth year as superintendent” of Beaumont, Davis told the Record Gazette. “It’s been a collaborative effort. Mr. Guillen has dropped hints as to whether our district would be interested in changing boundaries, but they were always in passing, informal, and always positive.”

In July 2018 Beaumont sent out a confidential memo to Pardee Homes indicating that Beaumont was interested in purchasing two 20-acre parcels from Pardee Homes to construct at least one kindergarten-through eighth-grade campus, with proposed instructions to the developer as to the conditions in which the property was to be acquired, from grading requirements to infrastructure improvements.

The district gave Pardee Homes less than two weeks to agree to its terms.

That alone is an indication, according to Davis, that there “was no intent to change boundaries.”

Two weeks after Ms. Lappert sent out her last message, Ms. Sampson received her message in Banning informing the city that Beaumont did not see a need to meet.

Davis explains that Banning will have to convince Riverside County Committee on School District Organization — the entity that would eventually determine whether there is merit for Banning to proceed with and Beaumont to cede the Pardee Homes property that is in Banning’s city limits — that having all those future students attending school within the Banning school district will be equitable and beneficial to those future students.

Davis holds up statistics of test scores for students studying math and language arts in Southern California for the last two years.

“Is sending kids to Banning where test scores do not measure up, really in the best interest of all those future students?” Davis asks. “The committee will look at that.”

And, while Pardee Homes attorney Michael Titus told the Banning city council that the developer chooses to remain neutral on the issue, Davis hints, “When a developer is trying to market its homes, they’re going to tell potential home buyers that those homes are in a good school district,” and likely tell those investors that those homes are in the Beaumont Unified School District, which is true.

Banning’s Superintendent Guillen is not convinced that proving equity in education is a significant component of what the Riverside County Committee on School District Organization will consider in its eventual decision.

Banning, Guillen points out, is on the cusp of producing a career technical education and performing arts program that no one in the region can match, including Beaumont.

Those are opportunities that will benefit any future Banning students, he insists.

Guillen agrees with Davis that in 2005 there was a push to move the district’s boundaries, but it was voter-led, and failed, Guillen says.

Regardless of how the committee stands, it is where the money eventually falls that is resulting in the growing campaigns for the current boundaries to transfer or stay in place.

The school district who wins that race in the end will benefit from state funding for at least 1,500 more students when all is said and done.

And Beaumont is adamant: “One hundred percent we will stand by the determination of keeping those current boundaries,” Beaumont’s Superintendent Davis says.

Guillen insists that Banning is not trying to “poach” current students already attending Beaumont schools (at least 150 in Banning already live within the Beaumont boundaries).

“We’re only seeking to negotiate for future students on the grounds that are not yet built up,” Guillen explains.

As for test scores being a driving factor, another one the committee will consider, according to Guillen, is “community identity.”

Students in the Pass area are encouraged to take advantage of a free tutoring service provided by Harvey Mudd College.