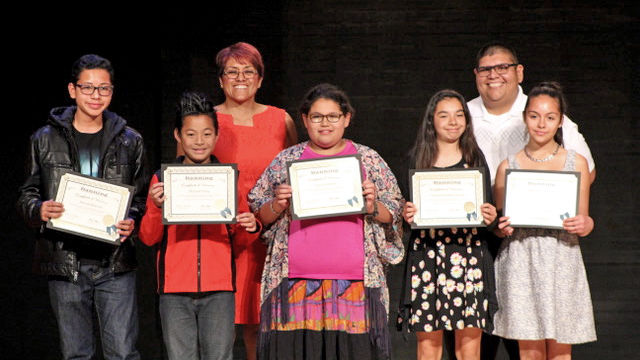 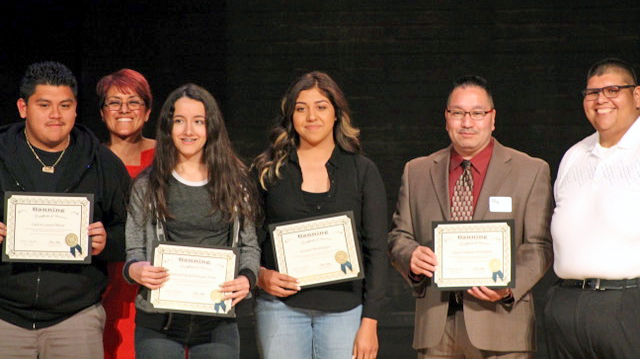 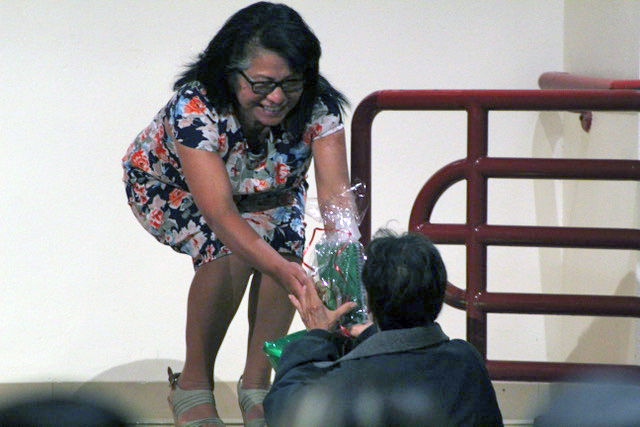 Elizabeth Beltran giving Betty Meltzer the gift they awarded to the the San Gorgonio Education Foundation. 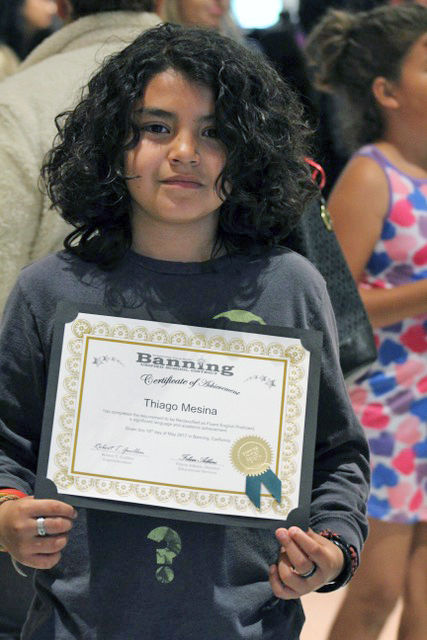 Thiago Mesina showing off his award. 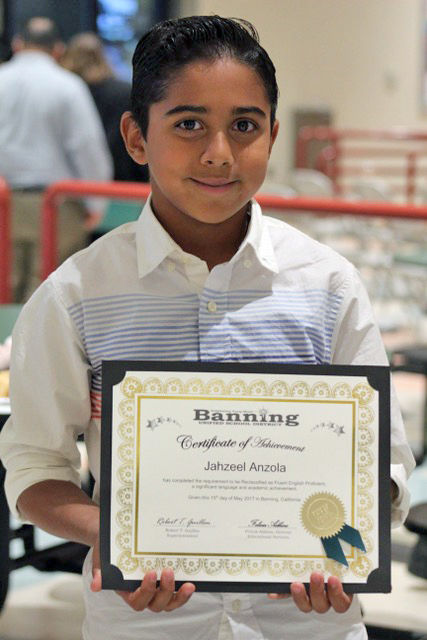 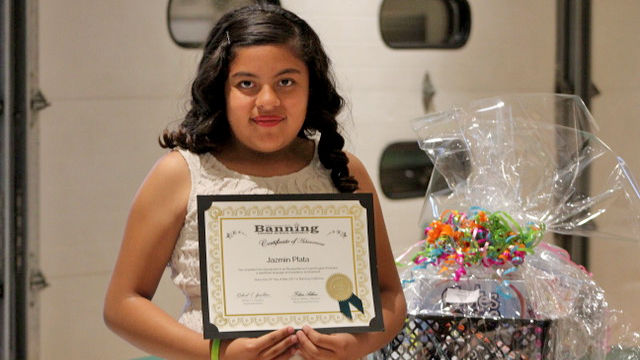 Elizabeth Beltran giving Betty Meltzer the gift they awarded to the the San Gorgonio Education Foundation.

Thiago Mesina showing off his award.

The event honors students who have worked hard to reach all the requirements necessary to be reclassified as fluent in English.

The celebration also recognized the students who are participating in the BEST Awards Essay contest.

One of the fan dances features bright red fans and slowly paced rhythmic dancing, and the second featured very fast paced music with brightly colored pink and green fans, as well as rhythmic motions, such as moving from side to side, up and down, and even flips and formations.

At the end of the award ceremony there were door prizes. During this, Felicia Adkins, director or educational services, and Alfredo Andrade, school board president, gave one as a gift to the San Gorgonio Educational Foundation.

Students who were reclassified as having met the requirements for becoming fluent English speakers were given award certificates. They were also called up, by Adkins and Andrade, by schools along with their names.

However, the feeling of accomplishment went much deeper than just their award certificates, it also was very emotionally and mentally accomplishing for both students and parents.

“It feels pretty good. I’ve been learning a new language my whole life because my family speaks only Spanish,” said Thiago Mesina, a student at Central Elementary School.

The students were glad not only to know a new language but also because it is now easier to understand the people around them.

“It feels great because I can communicate with other people and can understand their language,” said Jazmin Plata, a student at Central Elementary School.

Their parents also felt good about their children working so hard and accomplishing so much.

Amanda Romero, mother of Lilyanna Bejarano, said that she is proud of her daughter and how well she is doing.

“I’m proud of them. They are in the Chinese Dual Immersion program,” said Jennifer Smith about her twins.

The path to success may be hard for these students but they also understand the hard work and perseverance a person needs to get where they want to go.

For more than three decades, Cal State San Bernardino professor Brian Levin has been doing more than just keeping an eye on people who inflict some of the worst harm humans wreak on each other.

Motivated by her family, and particularly her husband, Janice Bryant Howroyd, businesswoman, educator and one of America’s most successful female entrepreneurs, talked to an audience at Cal State San Bernardino about the importance of gratitude of those around you and the balance needed in o…