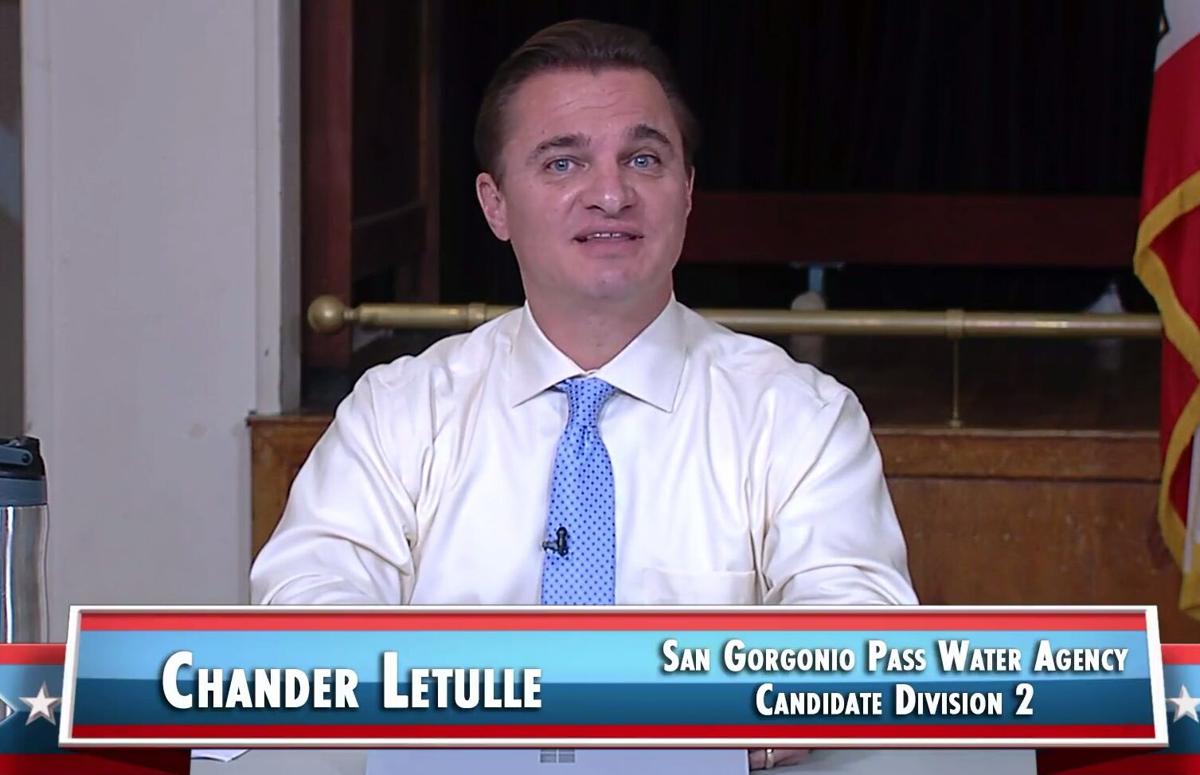 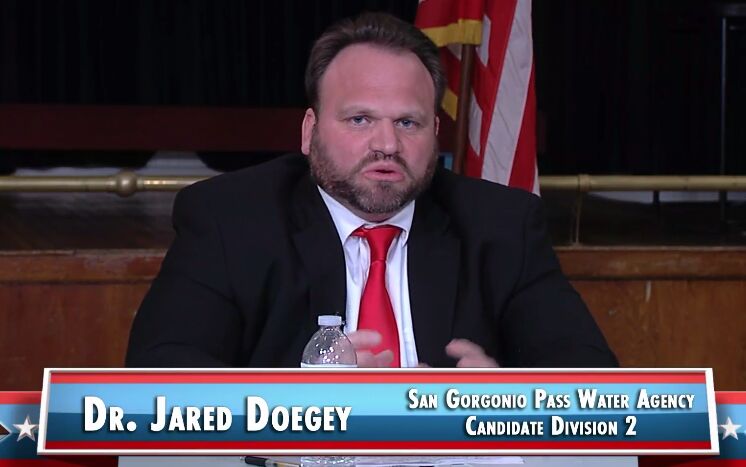 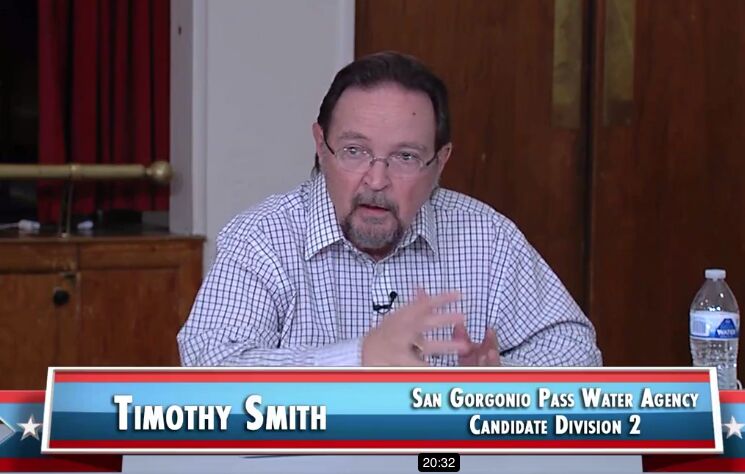 During a half-hour forum three of the four San Gorgonio Pass Water Agency District’s Division II candidates shared their views on water management and capacity fees as part of a program sponsored by the Inland Empire Taxpayers Association Monday evening.

Moderator Juan De La Fuente, chaplain for the Banning Police Department, asked candidates how they felt the water wholesaler could increase its importation of water, and candidates took a couple of minutes to address safety of the area’s water.

They were also asked to discuss their views as to whether or not a capacity fee should be imposed on incoming development to pay for the water infrastructure necessary to deliver water to new homes and commercial centers being built in the area.

A fourth candidate, Robert Ybarra of Banning, owner of Banning-based Precision Material Handling, and president of the Banning Chamber of Commerce, had a previously scheduled work-related engagement and could not attend the forum.

After a moment of introductions, candidates were given a few minutes to respond to the questions.

Chander Lettule of Beaumont holds a master’s degree in water systems engineering, and serves as an executive director overseeing the water resources division of the Jurupa Community Service District.

Lettule believes that the agency needs to import more water. According to Lettule, “We can project how much the agency is putting into the ground based on rights and availability, and whether or not we have a wet year; how much is pumped out today; and what the population buildout is. We can map out a timeline of how much and when we need the water. We’ve put slightly more water in than taken out in the past few years, but demand has increased 15 percent in the last few years. The agency needs to increase its import of water.”

He is in favor of a fee to cover the agency’s costs, and believes that the SGPWA needs to purchase additional water rights.

Tim Smith of Banning, a former Record Gazette writer who used to report on the activities of the regional water agencies, explained all of the current sources for the Pass area’s water supply. He believes that projects currently underway through various agencies will suffice to sustain water levels.

He did not specify whether he supports a capacity fee; he seemed content with current levels of revenue from ad velorem taxes as being sufficient for paying for the agency’s water delivery.

Jared Doege of Beaumont is under the impression that increasing water capacity should be left up to the retailers, and prefers to focus on using his talents as a licensed psychologist to bring people together.

“I’d like to see better communication of what people need in the cities and counties,” he said. “There has been friction in the past between agencies and the district. I’m someone who can bring people together. The agency’s focus should be to try to do what’s best for the community at the wholesale level.”

As for a capacity fee, Doege is for it. “We need money to pay for water. People are paying for what they need to, fairly. It’s not fair for people who have been in this area for a very long time to pay double the taxes,” and supports charging the developer fee on new construction. “It makes sense, it’s fair,” he said.

The candidates were given a moment to offer final statements.

Smith said “One thing I’d like to see come to fruition is the use of recycled water,” noting that “The Beaumont-Cherry Valley system has something in place; we just need to get it flowing, which will be great in the long term.” As a man paying for his own campaign, he promises to answer to his constituents.

Doege said “What I can do for the community, this is what I can do. I never thought of running for political office before,” but he’s doing it because “I love my community.”

Lettule said “I’m an experienced water engineer with roots in this community. My commitment is to make every drop count with sound fiscal management and availability of high-quality water.”