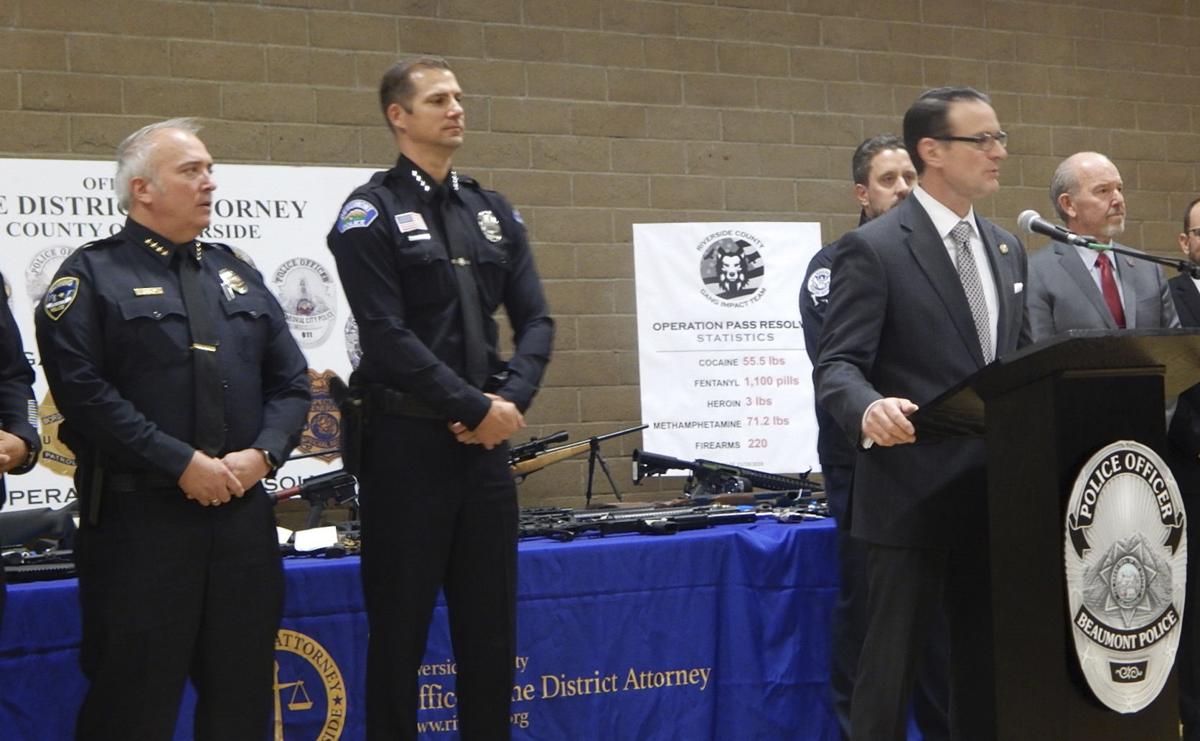 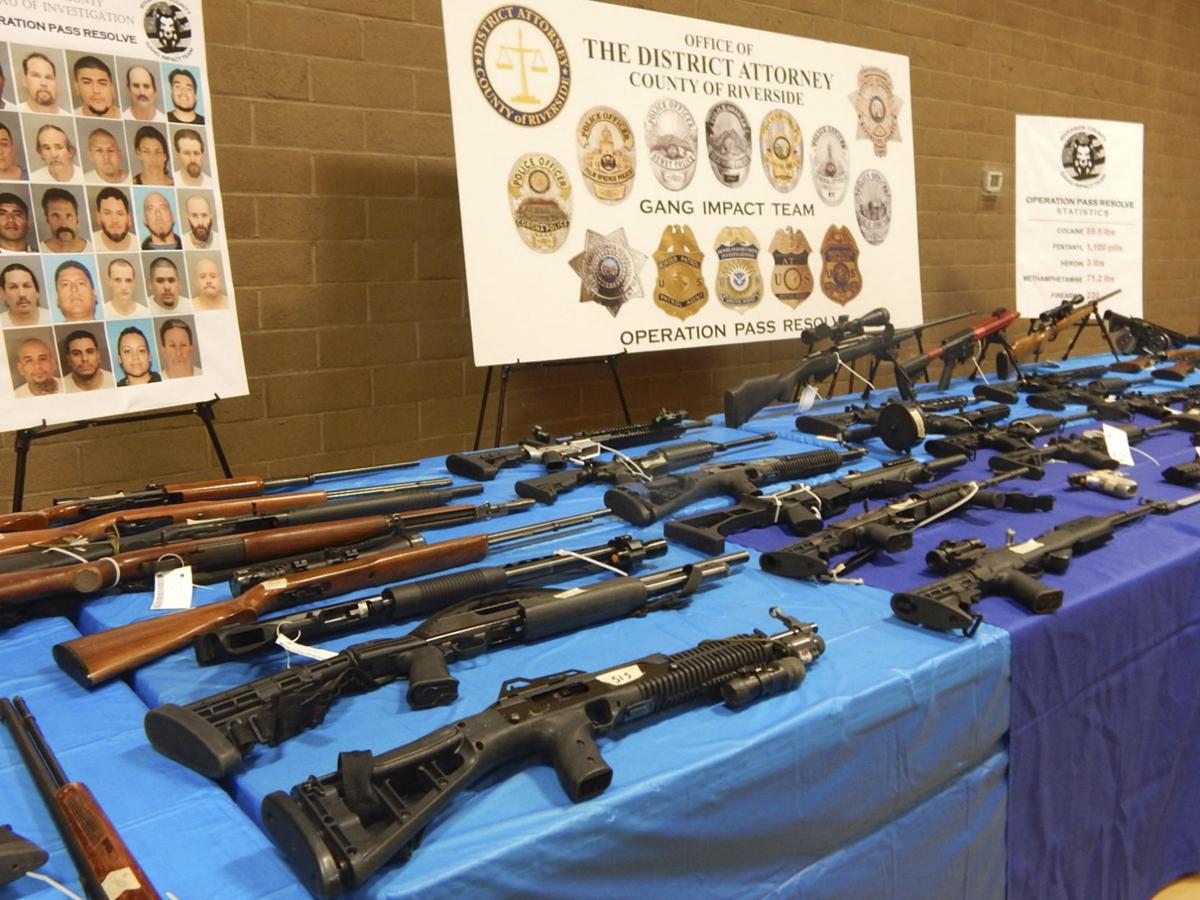 Operation Pass Resolve recovered a variety of handguns and shotguns during a 15 month investigation in the San Gorgonio Pass area.

The Riverside County District Attorney's office announced Nov. 20 that Operation Pass Resolve netted 174 arrests over the past 15 months and recovered 23 firearms from the Pass area, according to Riverside District Attorney Mike Hestrin during a half-hour news conference in Beaumont.

Hestrin was joined at the news conference in the Fellowship in the Pass Church gymnasium by the police chiefs of Banning, Beaumont, Cathedral City, Desert Hot Springs and Corona, along with the representatives from the Department of Homeland Security, Bureau of Alcohol and Firearms, and Department of Corrections, among other agencies.

"The biggest thing is we need to get drugs, guns and criminals off the streets," Hestrin said.

Beaumont Police Chief Sean Thuilliez said he had volunteers from his department, as well as patrol officers, multiple enforcement, the detective bureau and the public information officer working hundreds of hours on this investigation.

"I'm so proud of the dedication of the men and women of the Gang Impact Team," Thuilliez said.

Banning Police Chief Matthew Hamner said that criminals in the Pass area will learn from this investigation that they are not above the law.

"We're not going to tolerate this kind of behavior," Hamner said.

Twenty-four more arrests were made on Wednesday, Hestrin said.

Robert Goetsch, of Homeland Security Investigations Riverside and San Bernardino county offices, said that Octavio Cejas, of Huntington Park, was one of the suspects arrested for possession of four handguns, two rifles, one pound of methamphetamine and 100 rounds of ammunition. Riverside County Supervisors Jeff Hewitt, District 5, and Chuck Washington, District 3, both praised the efforts of the Operation Pass Resolve.

Hestrin said that the charges against the suspects will most likely be federal weapons and drug charges.

Martinez said it was enlightening to learn about the efforts of law enforcement to stop crime in Beaumont and the Pass area.

He said it is surprising to realize that some of your residents are involved in illegal activity and the impact it has on the community.

Some services will cost more, others less, in Banning

If you ever want to rent a cabana at the community pool in Banning, your costs just went up.

Cannabis sales will start by end of spring in Banning

Before summer’s arrival, cannabis will be legally sold in Banning, and the city should start generating taxes from that sector.

Banning Police responded to multiple calls of shots fired on Friday, with one person killed in the area of 4th Street and Wilson Street.