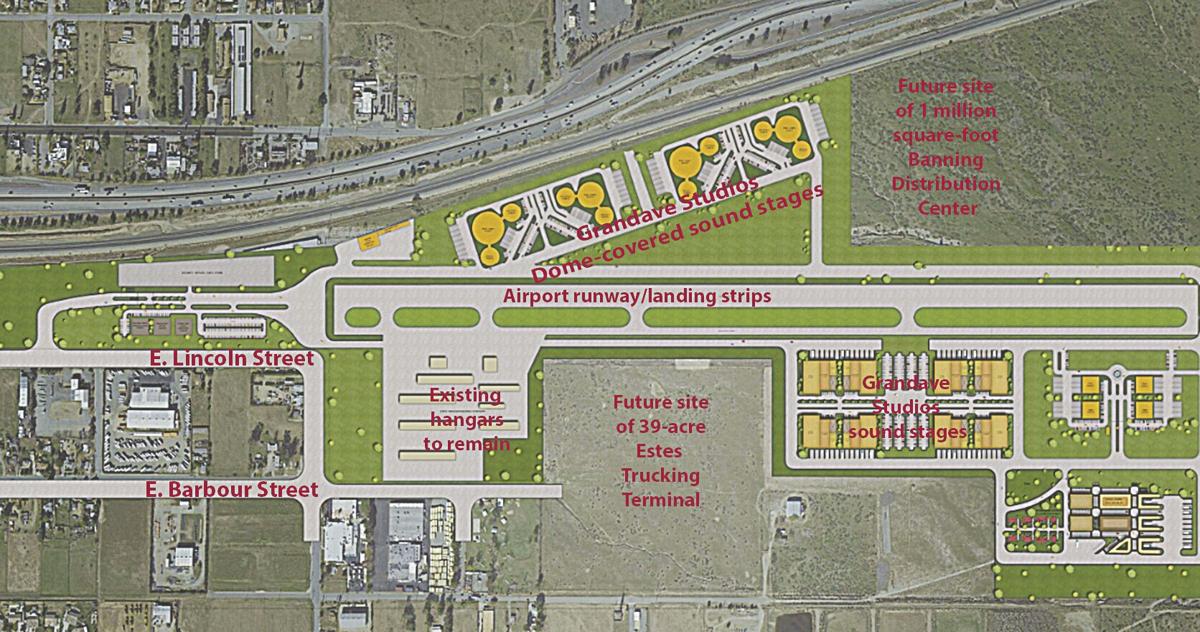 An overview of the property that will host Grandave Studios in Banning, primarily around the Banning Municipal Airport. 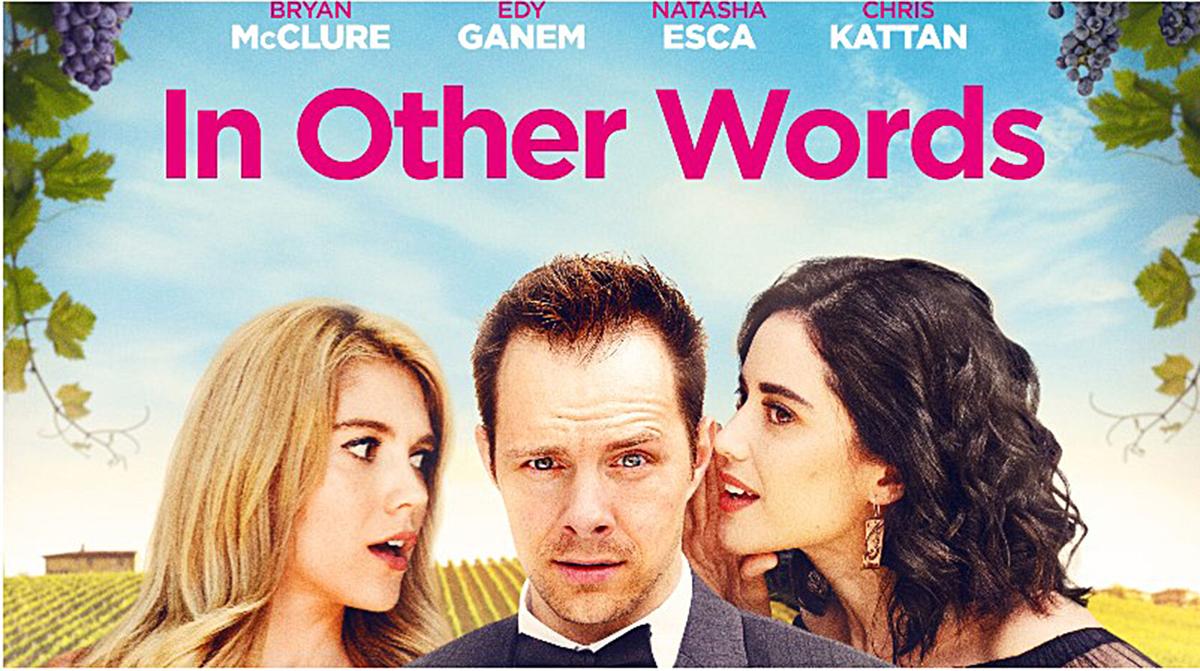 This romantic commedy is one of the movies that has been produced by Ruben Islas, and is currently available for streaming via HBO Max. 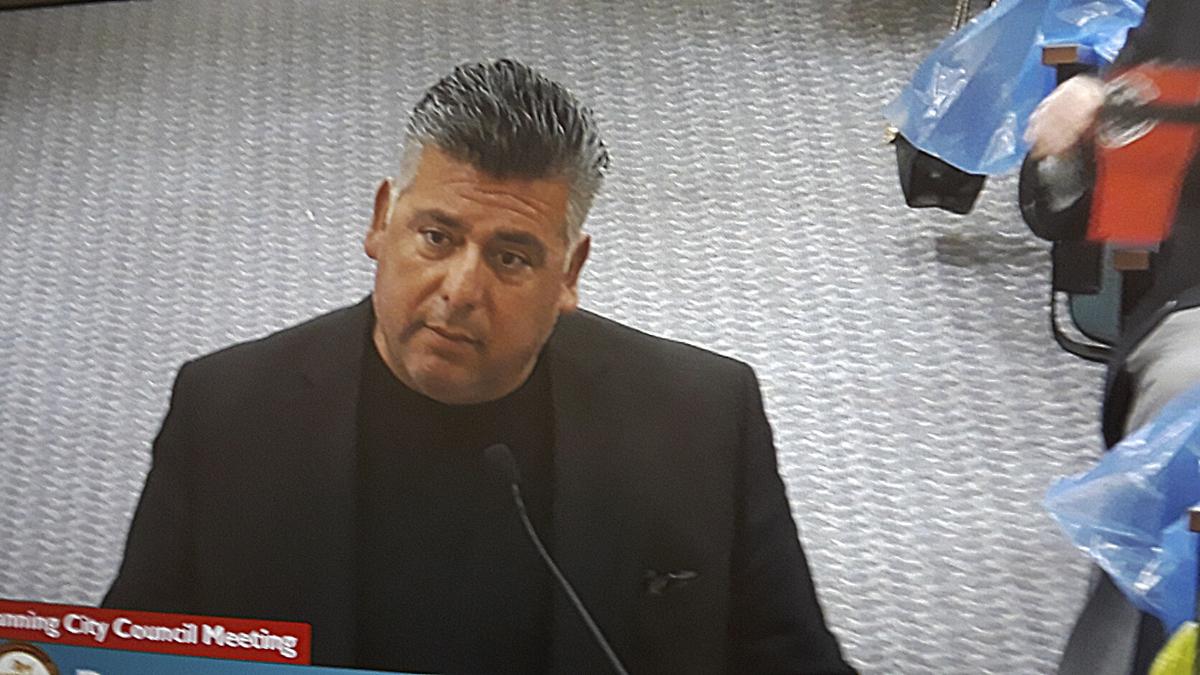 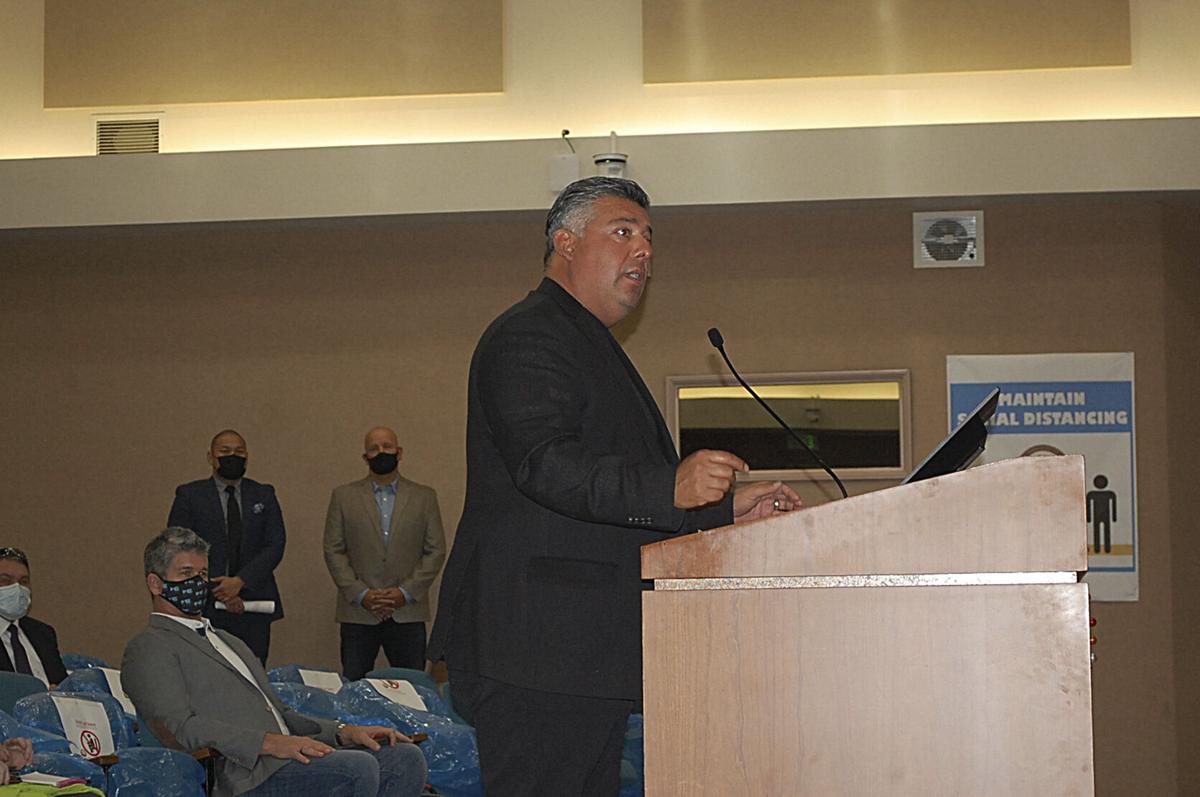 Some people may remember Carlos Flores, a Banning High School alumnus who would go on to Harvard and become involved in the affordable housing industry.

“My mother’s younger sister fell in love with a man from Banning,” Ruben Islas explained to Banning’s city council at their Feb. 23 meeting.

Islas (pronounced “Ees-las”), of San Diego, described his grandmother as being “overly protective,” and required her daughters to be supervised.

That’s where then 14 year-old Islas stepped in, to chaperone Flores — who was 24 — as he dated his aunt.

“Carlos took me under his wing, and taught me about financing and affordable housing,” Islas recalls. “In 1997 he called me while I was freelancing in New York” as a writer, and Islas flew back to California to meet with Flores, who was dying of pancreatic cancer, and passed away in 1998.

Flores passed along the reins to his business to Islas, who would go on to build probably 10,000 affordable housing units since he became involved full-time in 1998, creating a small real estate empire in the process.

It was not what Islas had set out to do. He had attended the University of California, San Diego with the hope of someday becoming a cardiologist, but it wasn’t meant to be, he says.

“My passion has always been movies,” he told the Record Gazette in an interview. “My dream was to make films. I started to get involved,” and did so through a couple of companies that he started up in San Diego-based Grandave Capital and production company Broken English Productions, which would focus on independent and Latinx films.

He is beginning to see his dreams come through, almost a thank-you from Carlos Flores, he invokes: he figures that he came back to California to help Flores’s dream flourish; now, nearly 20 years later Flores’s spirit seems to be letting Islas experience what it is like to have his own dreams come true.

At the Feb. 23 council meeting he publicly announced through a presentation the establishment of Grandave (pronounced “grand-ah-vey”) Studios, which is purchasing property around Banning Municipal Airport that will support roughly 8,000 “high-paying jobs.”

According to company Senior Project Manager Fernando Huerta, Grandave Studios, which is incorporated in San Diego, will build 16 sound stages, a water tank for filming underwater scenes, and brownstone facilities (entire mock-ups of cityscapes to mimic street scenes in New York or Boston, for instance).

The company expects to offer training scenarios for public safety institutions, including active shooter scenes with actors and simulated wounds, and an emergency vehicle operations course for first responders to practice driving.

Islas told the Record Gazette that he has secured $200 million to finance the construction of the project, not including budgets for the films that will be produced.

It was unclear whether that $200 million includes investments to city infrastructure that the project will engage in, such as street and freeway ramp improvements.

The airport will remain open, assuming that operations do not hinder the studio’s business, and vice versa.

Legislative efforts to close down the airport are on pause as the FAA watches to see how Grandave Studios develops, Islas said at the council meeting.

As someone who owns cars and planes, Islas says he gladly supports continuing the nonprofit Banning Street Drags drag racing events at the airport.

The airport will continue to be accessible as an emergency operations center in the event of regional disasters such as wildfires.

A skydiving business at the airport will not be impacted, Huerta promised.

The biggest hurdles to getting started, Islas said, was the FAA and some environmental concerns, “but we have a game plan to get that approved. I think we’re in a good position. I feel really good about where we’re at,” and is shooting for a groundbreaking in January 2022.

According to Causey-Bush, the company was impressed with what they saw, and anticipate tapping high school students’ talents and energy to help build sets that would be used in movies.

Islas told the Record Gazette that Banning High School’s facilities “are gorgeous. We plan to have a strong partnership to actually build sets at the high school that we can use in our films, and provide internships” and apprenticeships that could become almost a feeder program to the studio and for the film industry.

He anticipates that Grandave Studios could initially produce a dozen films a year with budgets averaging $10 million or more, but expects to put out 40 to 50 films a year once they are established, with budgets hovering closer to $20 million.

The company will rely on Grandave International, a distribution arm, as well as other distributors such as Netflix and HBO, among others, to distribute films.

His film “In Other Words,” a romantic comedy in which a man creates the perfect dating app, despite hiccups in his own dating scene, is available for streaming on HBO Max, and was produced by Islas.

“We will offer a lot of what Grandave does, and look forward to the opportunities our students will have if Grandave is able to offer those robust internships and apprenticeships that will help them find good jobs after high school,” Causey-Bush said.

“It’s expensive to shoot in California,” Islas has said — to the tune of $4 billion-worth of films fleeing to other states and countries for production.

State Treasurer Fiona Ma joined the city council meeting, which was streamed via Zoom, and took a moment to express her support for Grandave Studios and their setup in Banning.

“We’re ready to help,” she said. “Everyone’s trying to come up with the latest series” to stream online. “This is the right time, the right place, and we’re very excited to work with Banning. Thank you for your leadership, and your support for this project. Count me in” as a partner, Ma said.

It is a dream that has come full circle for Islas, who wants to pay tribute by coming back to Carlos Flores’s hometown — the city that Flores had dreamed of returning to, to someday run as a city manager and help improve the city of his roots.

Current City Manager Doug Schulze said in a statement at the end of the meeting, “We’ve had an absolutely fantastic relationship with the team. The brainpower they bring is very impressive.”

He also noted, “It’s important to understand that it wasn’t the city pushing them, or suggesting that they reach out to the school district, or to law enforcement,” stating that Grandave Studios’s goals to be involved with the city was initiated by the company itself.

“We’re not just getting a development,” Schulze said. “We’re getting partners in this community that will be with us for many years to come.”

Having learned about the company’s negotiations with the city through a reporter’s inquiry, Fox Theatre owner Damon Rubio was pleasantly surprised.

“Wow, that is super exciting,” he said. “I would think Banning makes a lot of sense for a start-up studio. You’re close enough to access a lot of talent and industry professionals from LA; you have the history and allure of Palm Springs close by; and I imagine the real estate space available to establish and actually grow into a real studio lot” that wouldn’t be too cost-prohibitive. “I look forward to hosting premieres and cast wrap parties for their films on our cinema’s screens.”