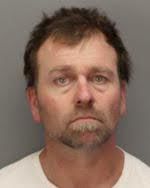 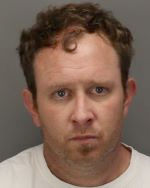 A man from Redlands and another from Beaumont were arrested on Tuesday in connection with a burglary that occurred on Dec. 22 at a Coinstar machine in the city of Coachella Valley, according to the Riverside County Sheriff’s Department.

On Dec. 26, 2019, deputies investigated the theft of an undisclosed about of cash in the 49200 block of Grapefruit Boulevard. The Coachella Community Action Team assumed the investigation, said a press released prepared by Sgt. Steve Davis.

“During the investigation, suspects were identified, and it was determined that another theft from a Coinstar machine occurred on the 82100 block of Highway 111 with the same circumstances,” the release said.

At 2 p.m. March 24, the action team served a search warrant on the 1400 block of Drummer Circle in San Jacinto. Shawn Stewart, 35, of Redlands was arrested for burglary, grand theft and conspiracy to commit a crime.

At 5:50 that day, the action team served a search warrant on the 12200 block of Elm Avenue in Beaumont. Christopher Henry, 43, of Beaumont was arrested for burglary, grand theft and conspiracy to commit a crime.

“During the service of the search warrant, coins, packaging, a coin counter and stolen Coinstar property was located,” the release said. “Stewart and Henry were booked into jail.”

Anyone with information regarding this investigation is urged to contact Deputy Lackey of the Thermal Station at (760) 863-8990. Citizens may also submit a tip using the Sheriff’s CrimeTips online form.

In her quarantined restlessness, Banning High School counselor Janelle Poulter had initially been reaching out to students to see if anyone else needed some interaction.

In a three-hour span, just eight volunteers with Kids Cures prepared 350 bags of groceries, each with a couple of boxes of 1 percent lowfat milk, apples, chicken thighs, a couple of jars of peanut butter, bags of beans, cans of beef stew, peaches and vegetable soup.

LifeStream will be holding a blood drive in their bloodmobile from 10 a.m. to 3 p.m. today March 31 and tomorrow, April 1, outside of the Beaumont Chamber of Commerce, 726 Beaumont Ave. In Beaumont.

Banning High School's current valedictorian Jazmine Colon is taking her experience in political activism with her to University of California, Berkeley, where she will pursue a degree in political science with an emphasis on public law.