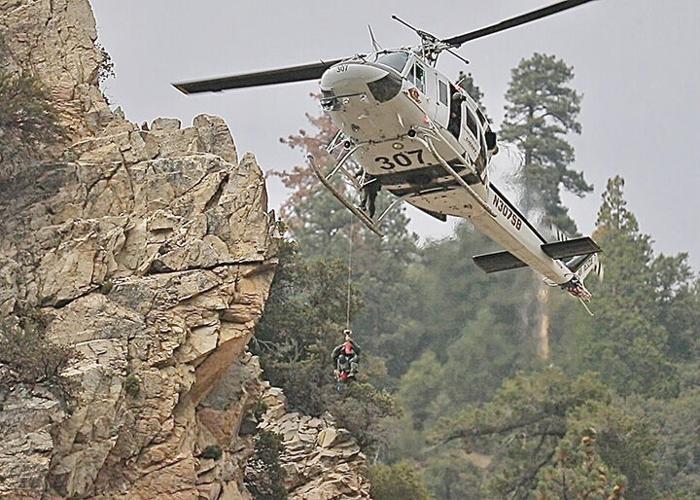 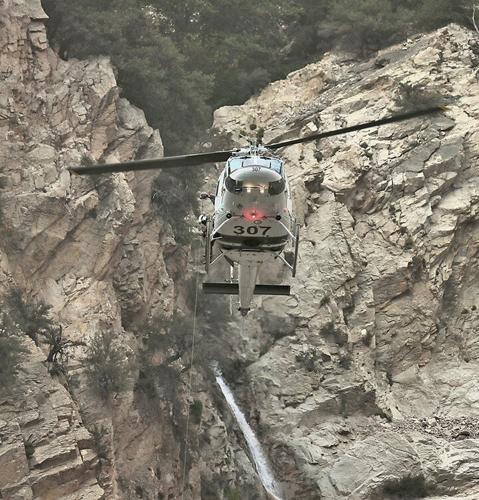 For the second time this season, air rescue crews recovered a deceased hiker in Forest Falls.

On May 2, Robert Carey Jr., 33, of Calimesa died after falling 80 feet from a hiking trail near Big Falls.

It was reported both the male and female victims fell approximately 20 feet from the middle to the lower falls in Forest Falls. The male was identified as Richard Deharo, 43, resident of Hemet. The female was an unidentified 43-year-old resident of Riverside.

Sheriff’s helicopter air rescue responded to the area and quickly located the two victims in the lower falls. The female victim was performing CPR on the male victim.

A sheriff’s air medic was hoisted down to the scene to make patient contact. The female victim was hoisted up to the helicopter and flown to awaiting ground personnel. American Medical Response transported her to Loma Linda University Medical Center for injuries sustained in the fall.

Deharo was hoisted out of the falls and was flown to Sheriff’s Aviation at San Bernardino International Airport for coroner transport.

Longtime Forest Falls resident and area photographer David Dickinson warns about the dangers of hiking this time of the year.

“No one that stays on the trail has to be rescued,” said Dickinson. “It is when going off the trail, to climb on the rocks and play in the water that accidents can happen. With the warm weather, algae grows on the rocks in the water and they become very slippery.”

Radford Fire is at 2% containment

Another hiker dies in Forest Falls

For the second time this season, air rescue crews recovered a deceased hiker in Forest Falls.

Loma Linda University Children’s Hospital will receive $4 million in funding from the state of California to support a program to provide seamless medical care and mental health services to children in the Inland Empire who have been victims of trauma, such as abuse, neglect and maltreatment.

On July 10, the Yucaipa Equestrian Center hosted a Stop the Bleed workshop to help train the public in emergency blood-stopping techniques.