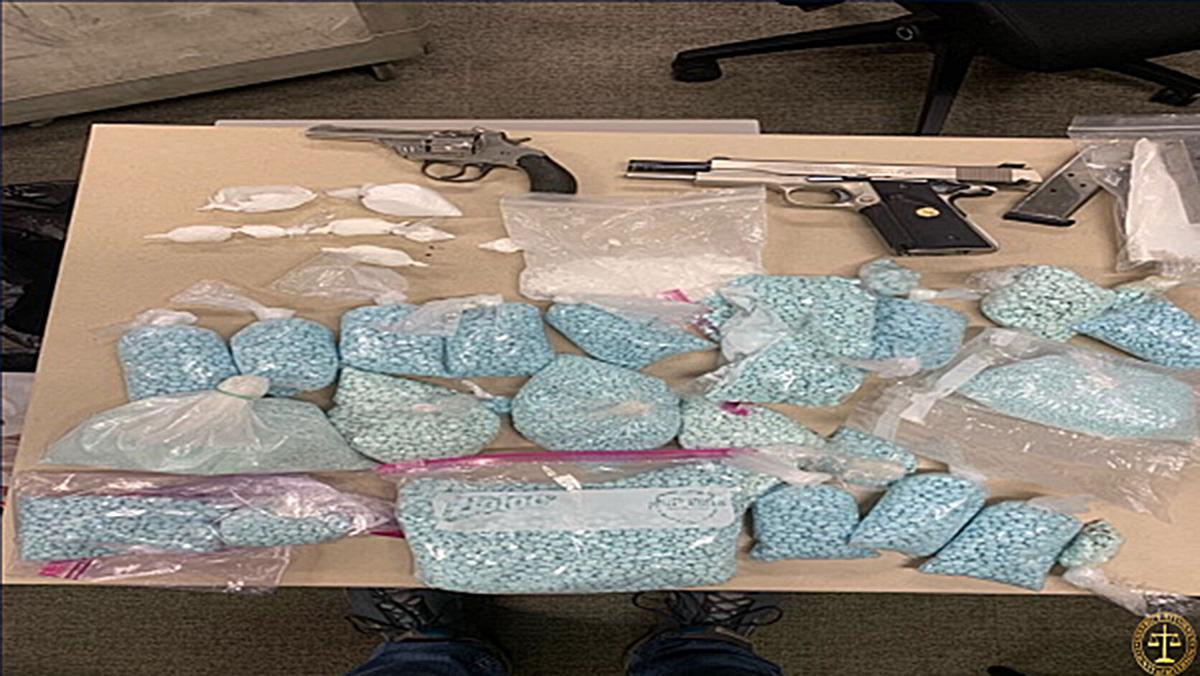 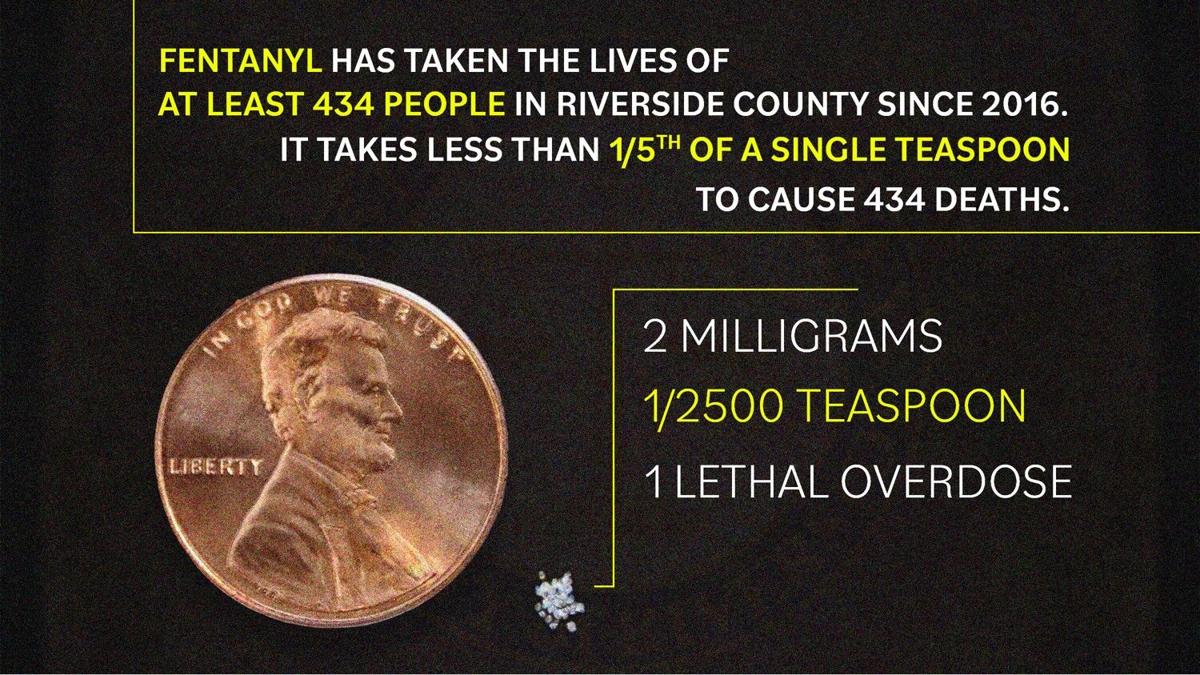 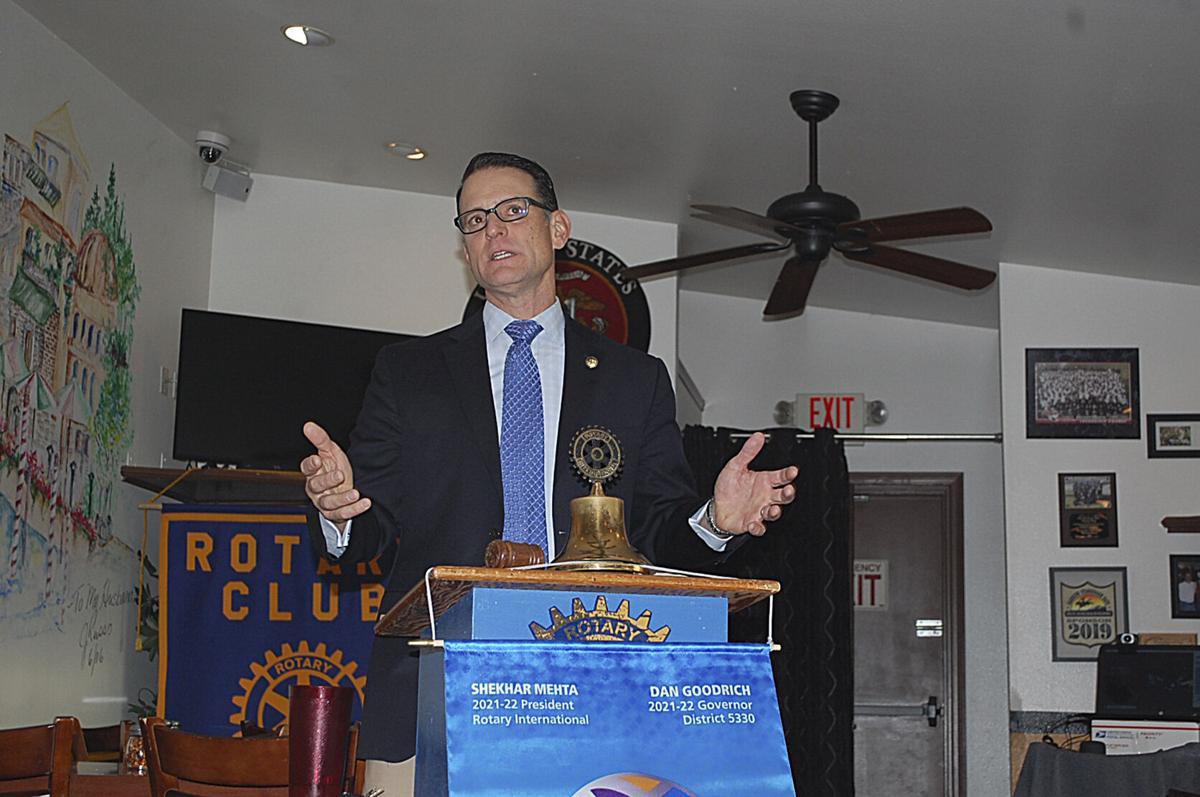 Riverside County District Attorney Mike Hestrin is passionate about discussing the seriousness of the growing threat of the deadly drug fentanyl, a synthetic opioid that has proliferated in the illegal drug trade.

Hestrin addressed the San Gorgonio Pass Rotary Club at their Oct. 7 breakfast, held at Johnny Russo’s Italian Restaurant, and painted a harrowing picture of how fentanyl has been impacting the country.

Just two milligrams of fentanyl is fatal, and many people buying counterfeit brand name pharmaceutical pills at reduced prices off the street do not realize that many of those products are unregulated, and often laced with fentanyl in varying doses, because the drug is cheap to use and manufacture.

But drug dealers can make vats and tubs of pills that resemble a genuine Percocet (for pain relief) or valium (for anxiety and treatments of seizures) that is laced with fentanyl that may be given to someone by a friend, or bought online from an unreliable source.

Hestrin likened the making of illicit drugs to making chocolate chip cookies: there’s no way to determine how many chips will be in each cookie — any less than how much fentanyl will hit each pill when they are molded and stamped from a mix of baking powder and other substances.

Twenty-five percent of such drugs made this way end up being lethal.

To say “it’s just drug users, that’s way too easy of a copout,” Hestrin said, since many people who overdose on fentanyl had no idea they were consuming it. “This is a scourge that’s growing, and you need to be aware of it.”

Unlike heroin or other hard drugs of which consumers need to continue taking more and more of as their bodies build up a tolerance in order to get their high, if someone takes a fentanyl-laced pill made in someone’s bathroom and is killed upon consuming it, it is not an overdose, it’s a poisoning, Hestrin said.

A post from a drug dealer claiming to be selling sports memorabilia, for instance, claiming “I’m selling a Marlins jersey. There will be a jersey with a big M, and the number on that jersey is 30, so M-30, so that’s a signal that people are selling not sports memorabilia, but counterfeit Percocet” laced with fentanyl, Hestrin explained.

“The reason why I’ve been out speaking about this, is because the country is not paying attention. We’re not getting the real story. This is happening right under our noses, and I’m trying to get people to understand what’s happening around us. I don’t want to have these conversations with parents that ‘I lost my son or daughter.’ It’s heartbreaking. By the time they come to me, it’s too late.”

In 2016 there were two recorded fentanyl poisonings in the county. The rate of deaths has doubled every year: in 2017 there were 25, a year later there were 55.

There were 227 last year, and likely to hit 600 this year, Hestrin projected. “People are dying. It’s not acceptable.”

Hestrin described a scenario of one young man at a party having explained to a friend that he was having trouble sleeping. His friend offered him a Percocet that he had obtained from someone else, recommending that he simply chop it in half and take it to help him sleep, unknowing that it was laced with fentanyl.

The young man did as was recommended, and never woke up, because it was one of the 25 percent of pills that were laced.

Hestrin is proud to declare that Riverside County has taken the lead in charging those who deal fentanyl with murder.

A dealer knows the dangers of fentanyl knowing that some of their clients will die, Hestrin explained.