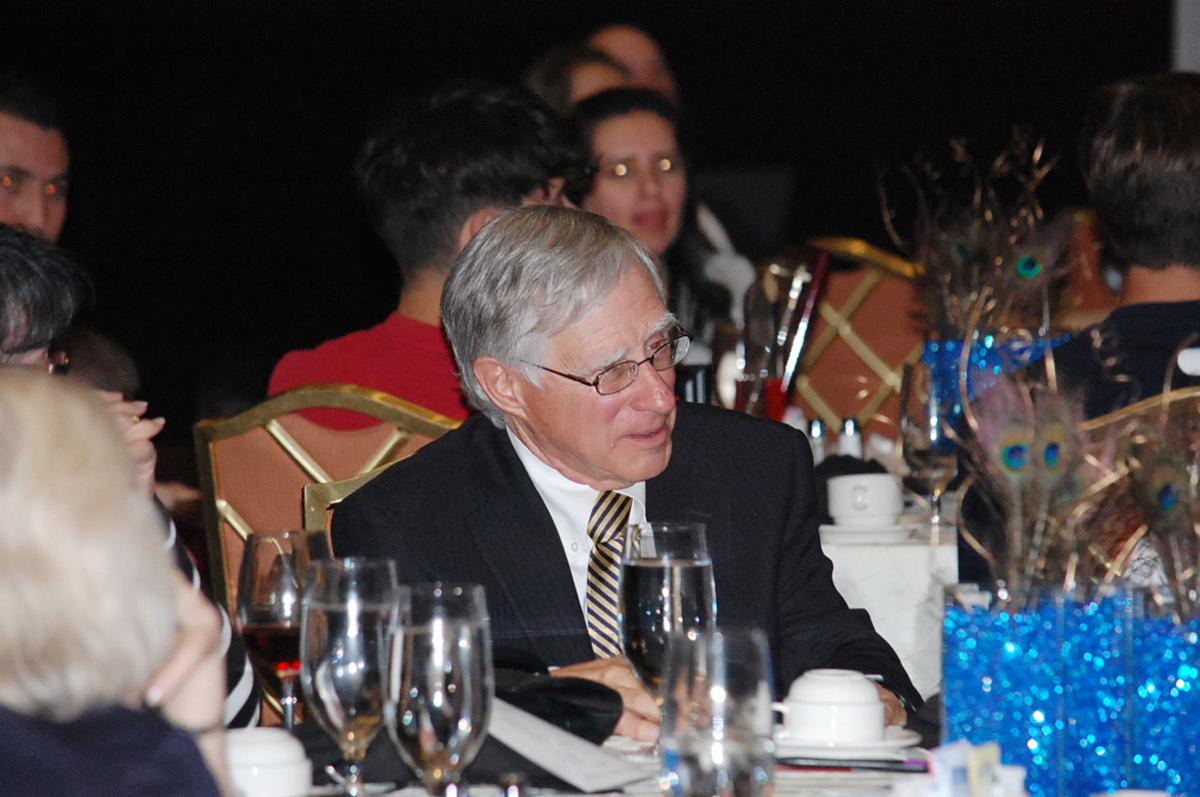 Banning Chamber of Commerce secretary Charles Varga was honored for his outstanding dedication and contributions to the chamber, and to Banning’s business community. 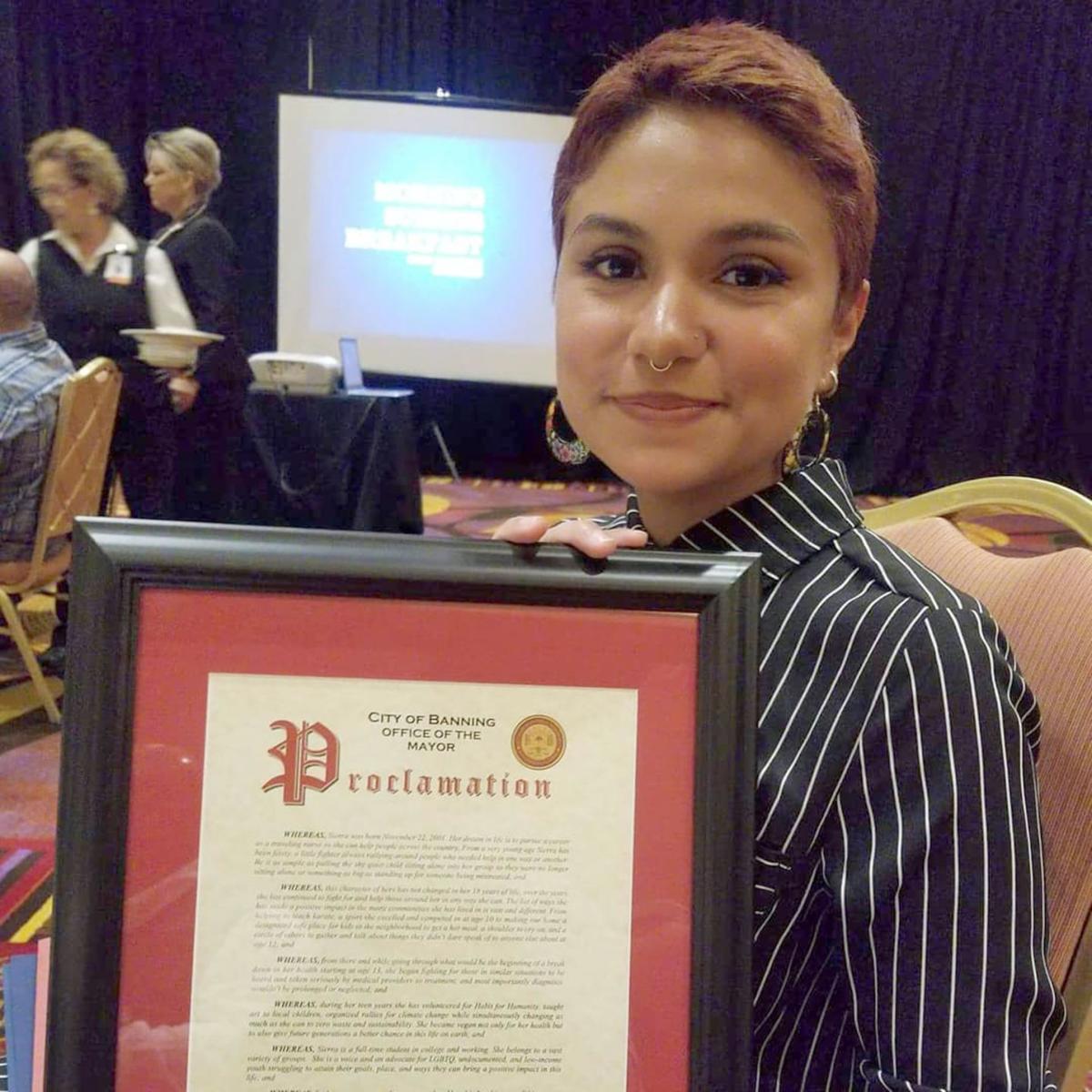 Sierra Diaz is the recipient of the Banning Chamber of Commerce’s 2020 Emerging Leader Award. 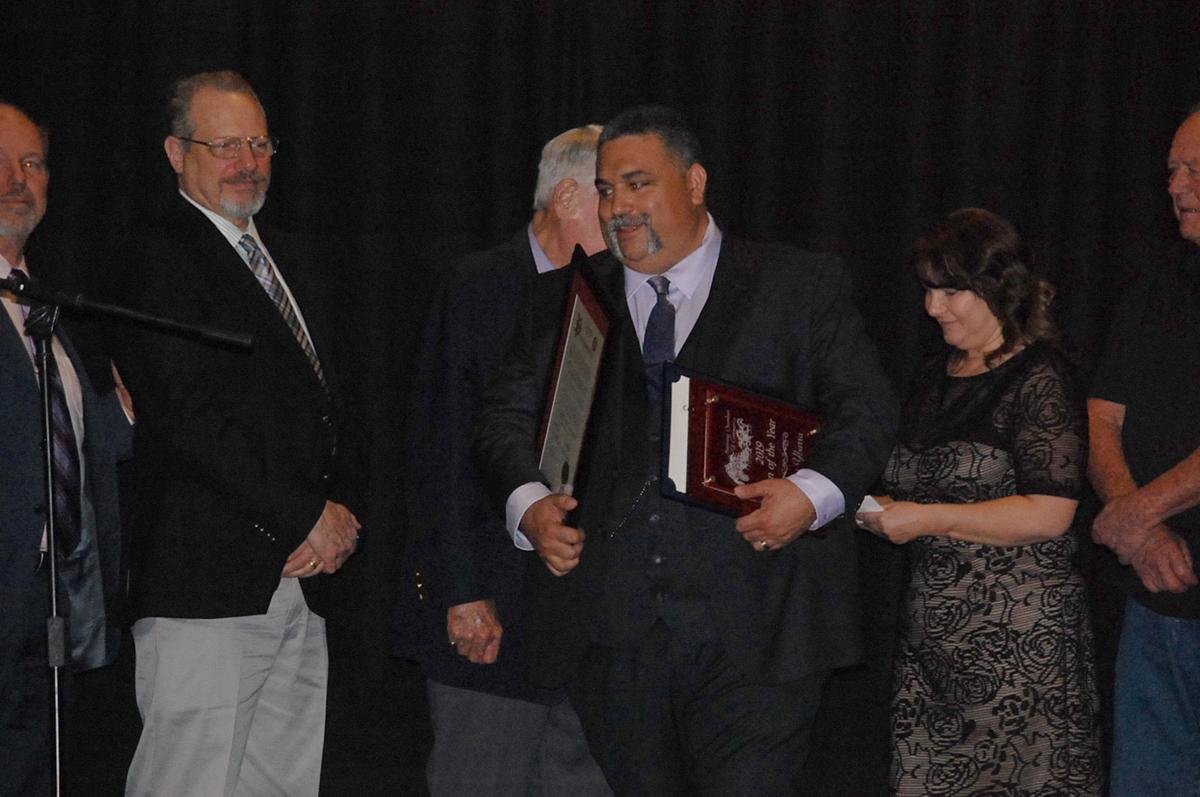 Robert Ybarra received the Citizen of the Year award at the Banning Chamber of Commerce dinner on Feb. 8.

The Chamber Spirit Award was given to Brittany Smith for her assistance in promoting the chamber’s Ambassador program and for coordinating ribbon-cutting events for new chamber members.

Sierra Diaz was presented with this year’s Emerging Leader Award. Banning Mayor Daniela Andrade complimented Diaz for her “great maturity for an 18 year-old” who advocates for the less-fortunate and “shows true leadership” and demonstrates the offering of encouragement to others.

The chamber’s Member of the Year Award was presented to Precision Material Handling, which rents and services forklifts, boom lifts and scissor lifts at its facility in Banning.

The Community Partnership Award was given to John Lawrence, who was credited for his company’s generosity to programs such as Holiday Wish, and his efforts to hire locally.

His company, Lawrence Equipment on West Lincoln Street in Banning, manufactures flat bread machinery and is considered one of the world’s leading innovators in the tortilla and pizza industries, and was the recipient of this year’s Large Business Award.

The Community Service Award went to past school board president Alfredo Andrade, who was credited for helping accelerate bringing back the trades to the high school curriculum.

The chamber’s Non-Profit Award went to Jeannette Marlar, who has spent years at the helm providing leadership and volunteerism to the United Way and Habitat For Humanity of the San Gorgonio Pass, as well as a variety of organizations such as the San Gorgonio Pass Rotary Club, for which she is on-deck as its incoming president.

The 2020 Citizen of the Year Award went to Robert Ybarra, who has served as president of the chamber for the past year, recently purchased The Haven Café downtown, and is owner of Precision Material Handling.

Ybarra’s ubiquitous presence at events and programs around town, during chamber ribbon-cuttings, breakfasts and chamber mixers, was “well-deserved” according to Mayor Andrade, who presented the award to him. “Robert donates time and money to the chamber and operates a few businesses,” Andrade noted.

Ybarra thanked his supporters, his employees, and gave loving kudos to his wife Kim, all of whom “I couldn’t do what I in the community without my team. I thank all of you. It’s been an amazing past couple of years, and I wouldn’t trade it for anything.”

At the end of the evening, the chamber had a pleasant surprise for one of its longstanding champions: fill-in-any-position-you-need-me Charles Varga, who has stepped in at times as a chamber manager, publicity officer, and has immersed himself in consulting on a variety of programs the chamber offers, runs, or promotes.

The chamber recognized him with a token certificate of his dedication to the local business community.

The Record Gazette newspaper is the Banning Chamber of Commerce’s longest dues-paying member.

In her quarantined restlessness, Banning High School counselor Janelle Poulter had initially been reaching out to students to see if anyone else needed some interaction.

In a three-hour span, just eight volunteers with Kids Cures prepared 350 bags of groceries, each with a couple of boxes of 1 percent lowfat milk, apples, chicken thighs, a couple of jars of peanut butter, bags of beans, cans of beef stew, peaches and vegetable soup.

LifeStream will be holding a blood drive in their bloodmobile from 10 a.m. to 3 p.m. today March 31 and tomorrow, April 1, outside of the Beaumont Chamber of Commerce, 726 Beaumont Ave. In Beaumont.

Banning High School's current valedictorian Jazmine Colon is taking her experience in political activism with her to University of California, Berkeley, where she will pursue a degree in political science with an emphasis on public law.