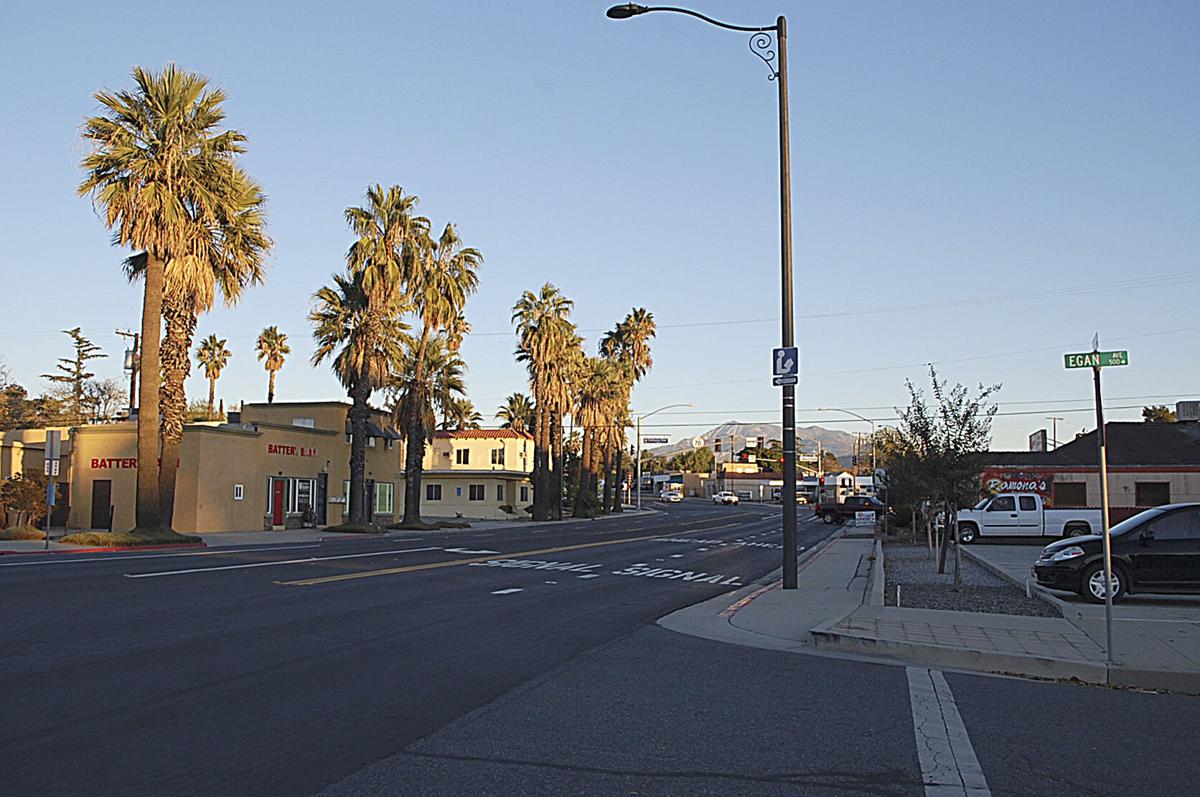 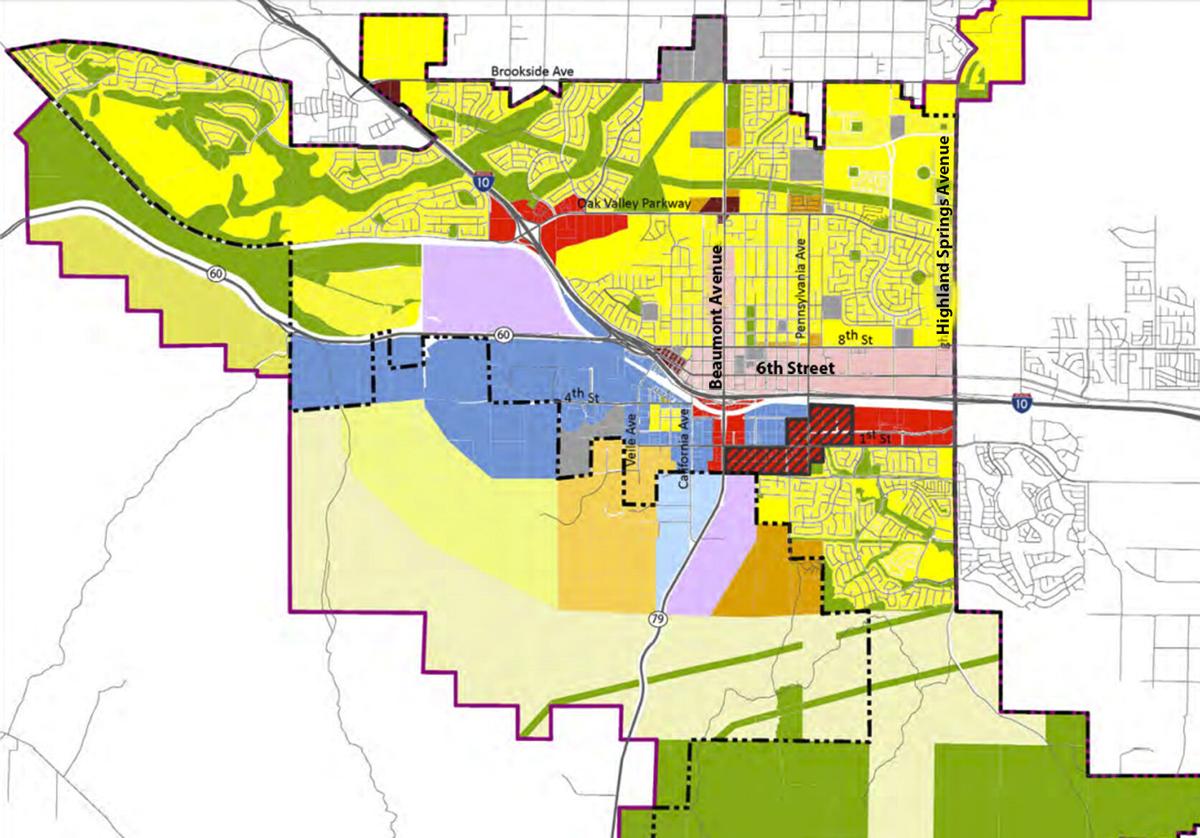 Beaumont has determined that its “downtown” region is defined as being along 6th Street starting at Egan Avenue on the west to Highland Springs Avenue on the east, and Beaumont Avenue from the 10 freeway up to 13th Street.

The Beaumont Avenue district goes from 8th Avenue all the way up to 13th Street, broken into three districts.

The “core” of the downtown districts will be city hall.

Over a couple of city council meetings, Beaumont discussed ideas to implement as it works towards its latest general plan, or master plan for the city’s layout.

A public hearing from election night was continued to the Nov. 17 council meeting.

Since spring 2017 the city has been working on an update, via surveys, strategic in-person meetings and events, and a draft environmental impact report related to the project was released in September, prior to the Oct. 27 planning commission’s recommendation for Beaumont’s latest long-term 20-year general plan.

Simran Malhotra, vice president of Berkeley-based urban design and research firm, which has offices in Riverside, went over land use elements and long term plan priorities outlined within the general plan, which include “creating a vibrant downtown with diverse job opportunities” and providing more housing options “while still preserving Beaumont’s natural setting and open space.”

The plan calls for creating a safe and healthy city, and improving the city’s fiscal health, Malhotra said.

The downtown corridor along 6th street would see most noticeable change, and would include adding three mixed use areas and a “local commercial” designation.

Elsewhere in the city a new “traditional neighborhood” with single family detached houses and small-scale multi-family housing (such as duplexes, garden apartments and rowhouses) designation is proposed.

Another designation includes neighborhood commercial zoning (for service-oriented markets, restaurants and walk-in traffic) and general commercial area for a variety of big box and larger-format retailers in commercial shopping centers.

The general plan would add two new designations dedicated to an employment district with light industrial zoning, research and development enterprises, creative office and retail services; and another for industrial use, intended for research parks, private trade schools and business parks.

Three mixed-use designations including for downtown, and an urban village, intended between Oak Valley Parkway and the 60 Freeway, for higher density residential, educational uses and abundant open space and recreation amenities.

A final region involves a transit-oriented district overlay to enable residential and commercial use near the theoretical Metrolink transit station anticipated to be near Pennsylvania Avenue and 1st Street.

Two existing designations dedicated for public facilities and open space remain as part of the plan.

The extended 6th Street district has larger parcels for slightly larger development than in the downtown core, and includes mixed use zoning to accommodate a variety of housing options. Nearer to Highland Springs are commercial designation intended for light commercial, retail and medical support facilities.

The general plan addresses healthy communities and limits industry that creates a lot of waste and environmental hazards to be allowed near residential areas and schools; and considering partnerships with entities such as the school district to provide access to fields and recreational facilities outside school hours.

The plan emphasizes green building design; public safety and planning for extreme environmental or climate-related events; new construction would use strategies to reduce noise, during and after construction.

Zoning ordinances would be amended, added or discarded to adhere to the plan, particularly to address density, lot sizes, building heights, and establish standards for pedestrian connectivity, for instance; or to address historic resource protection. Other zone changes were advised for consistency with zoning in nearby areas.

Most of the feedback received from residents who were sent letters related to concerns about how zone changes would affect their properties.

Some property owners have put in requests for the city to maintain or change zoning for their lots.

Bob Miller of Bob Miller RV, owns three properties along 6th street in an area intended to be zoned as an urban village.

“We get a lot of traffic on that street; if freeway is shutdown, I can’t even get off my lot. You gotta realize that 10 freeway is among the top five in the country; my business would not survive without that freeway. If I put something unusual on the freeway, it’s like a window,” enticing drivers to “come into town; they buy gas, they eat — so I feel I contribute a lot, and would like to be taken into consideration when we make all these changes.”

Despite his concerns, consultants advised the city to rezone the areas around his properties.

A representative from the Southwest Regional Council of Carpenters sent a letter to the city expressing concerns that the environmental impact plan for the general plan does not do enough to address anticipated increases in greenhouse gases, and does not address impacts on water resources.

Mayor Pro Tem Mike Lara wanted to be sure the plan’s mixed-use elements would be flexible, and was told that if a Metrolink station does come to Beaumont, the plan allows for commercial and residential uses to coexist in the downtown area.

He also wanted to make sure the city addresses existing industrial zones that may be adjacent to residential zones.

Councilwoman Nancy Carroll recognized that staff will need to take a “unique approach to the economic development of that area” as opposed to relying on a traditional “template” of recruiting well-known retailers to populate the district that can thrive as part of Beaumont’s “unique personality” of the area “In order to make it a more vibrant, walkable, mixed-use small town kind of feel,” Carroll said during the Nov. 3 public hearing.

She appreciated the consideration of trees to be incorporated into the plans.

Councilman Julio Martinez was on the original committee in 2017, and was pleased to see its progress, and was confident in the plan’s “guiding principles.”

The city received three calls since their first public hearing on the matter; concerns addressed environmental resources and government transparency and zone changes, and concerns over potential loss of open space.

Beaumont has determined that its “downtown” region is defined as being along 6th Street starting at Egan Avenue on the west to Highland Springs Avenue on the east, and Beaumont Avenue from the 10 freeway up to 13th Street.

Sylva acknowledged with accolades at Beaumont’s board meeting

At the Nov. 10 Beaumont school board meeting, outgoing board Vice President Brian Sylva was honored for his service to the governing body.

Due to the rise in COVID-19 cases, California announced Thursday that it is issuing a limited Stay at Home Order.

After a couple of employees tested positive Tuesday for the coronavirus, and taking into consideration a spike in cases countywide, the city of Banning has closed off city hall to the public.