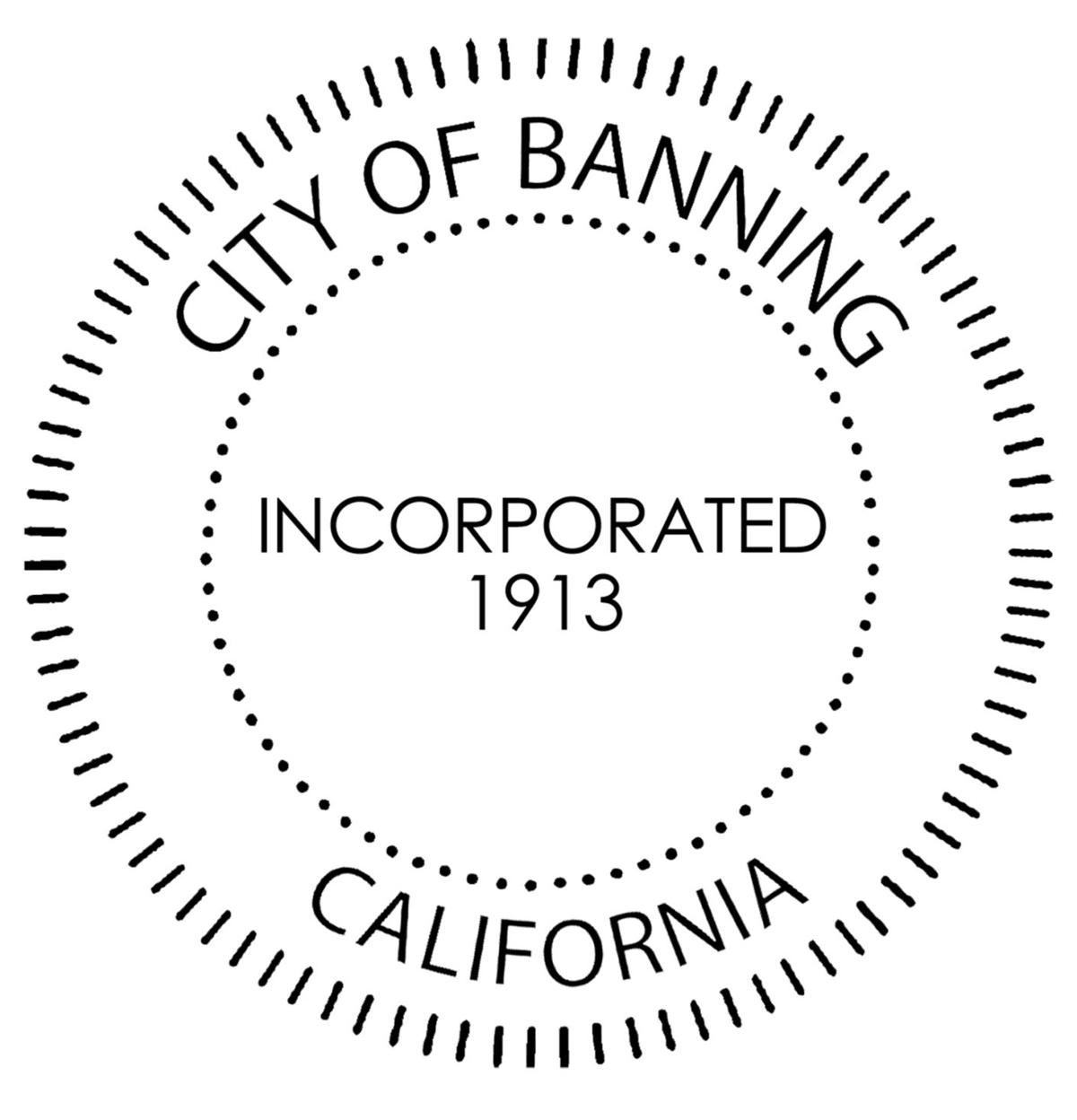 A concept of the original 1913 city seal, which would have been used to stamp official documents, as imagined by media specialist John Garside. 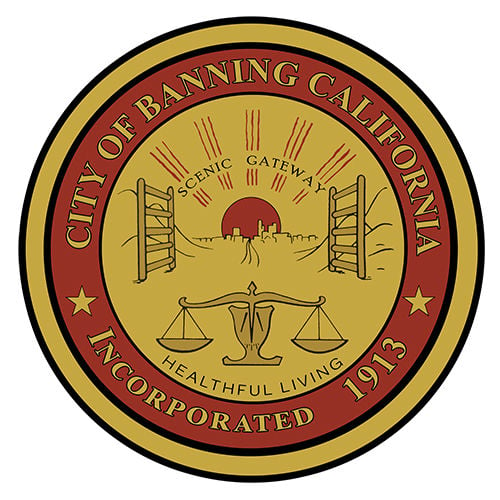 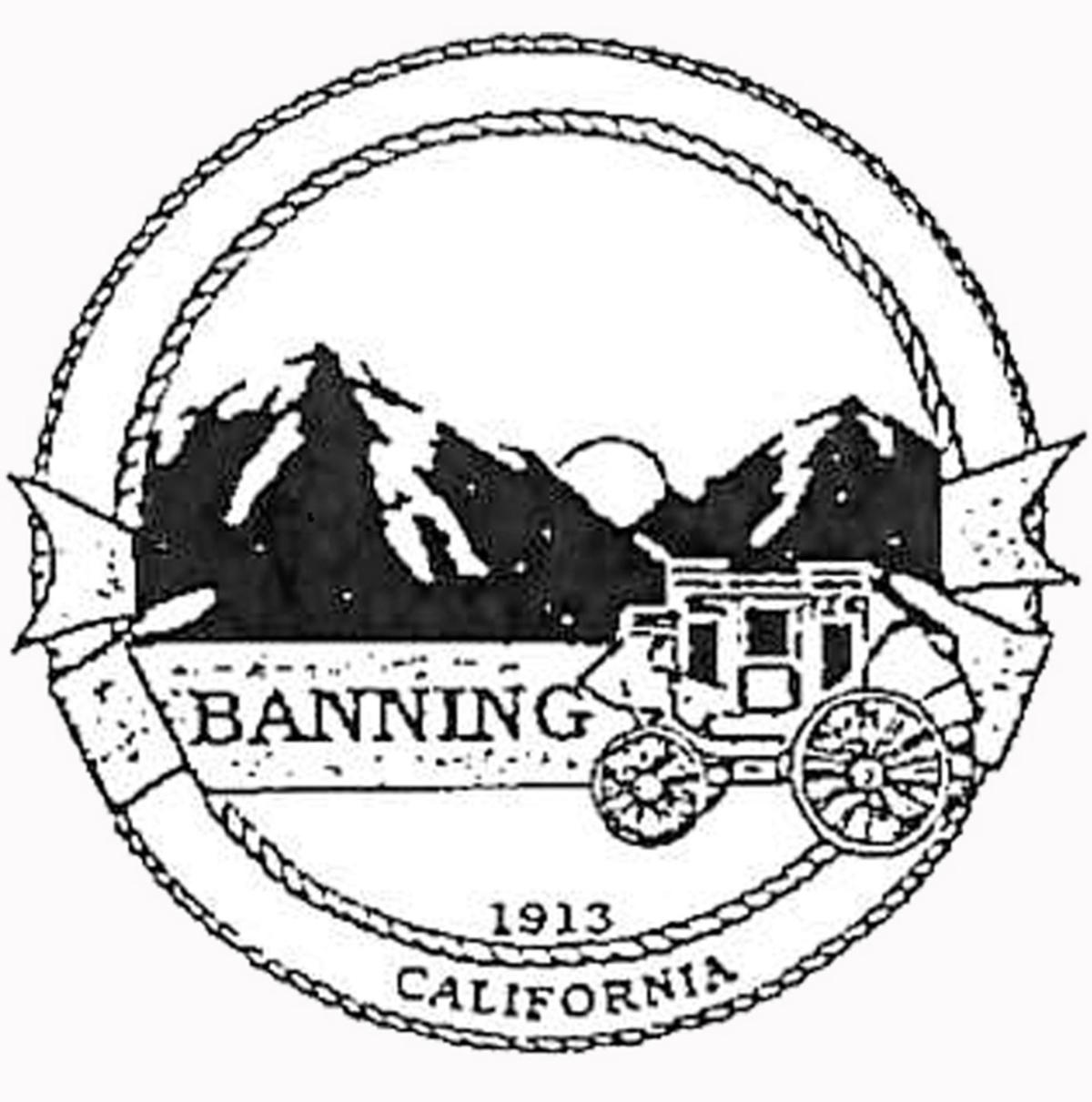 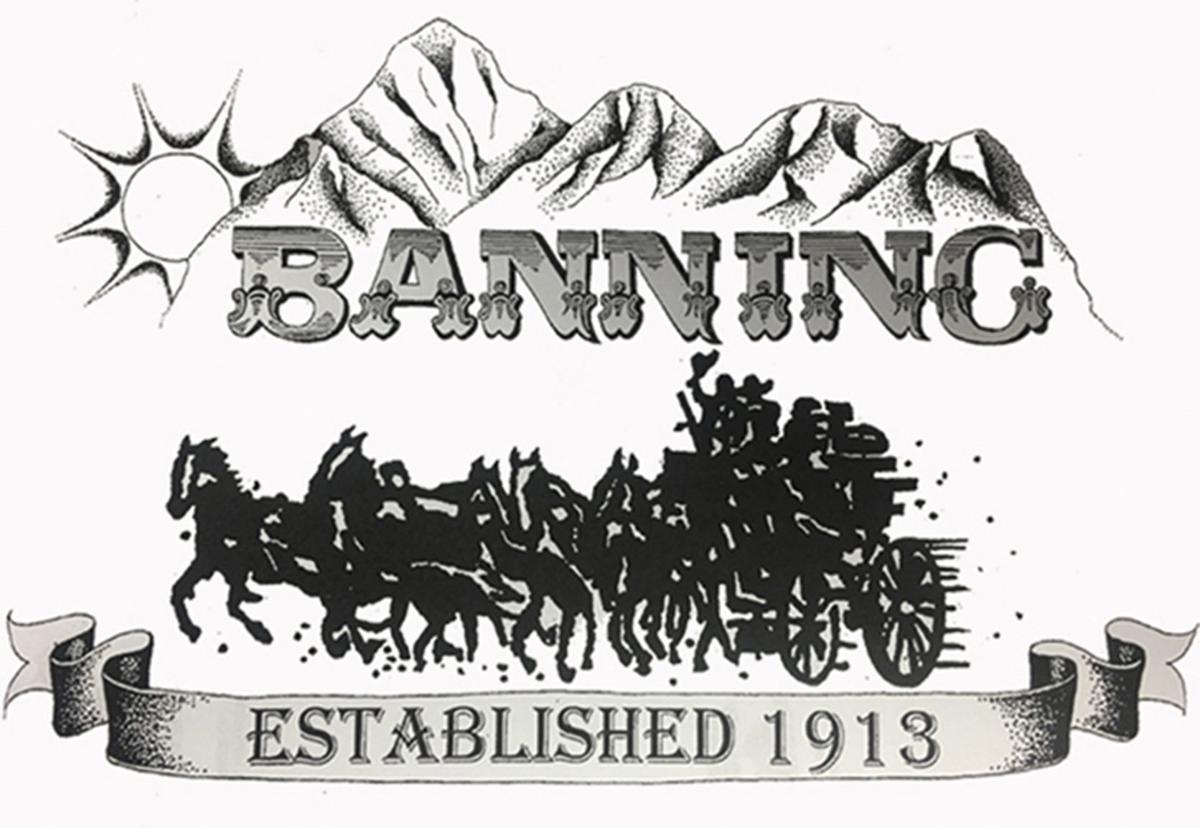 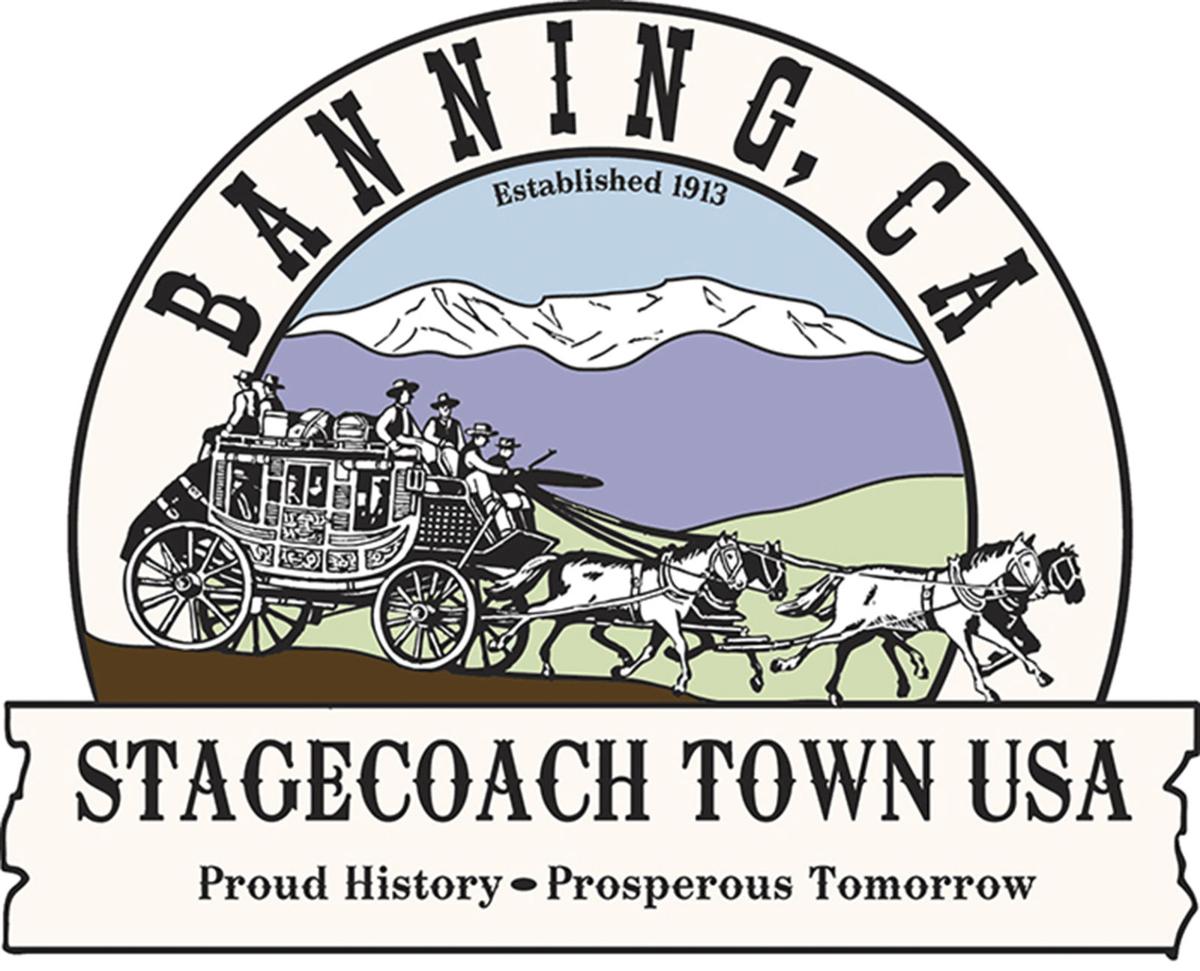 The design for a lapel pin that evolved into a widely used logo in 2005. 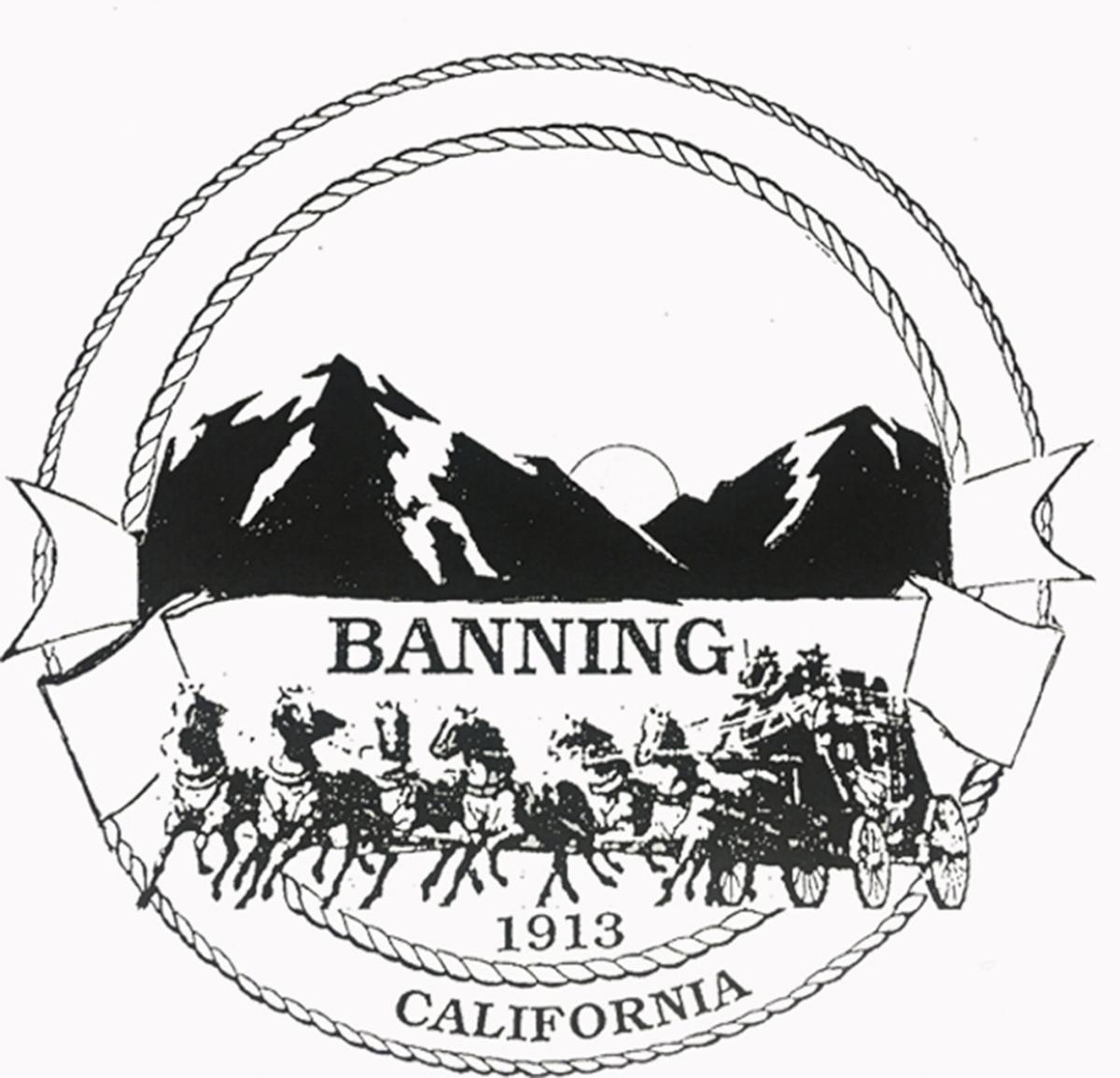 The horses and carriage design would have been the logo in use around 1994 or 1995. 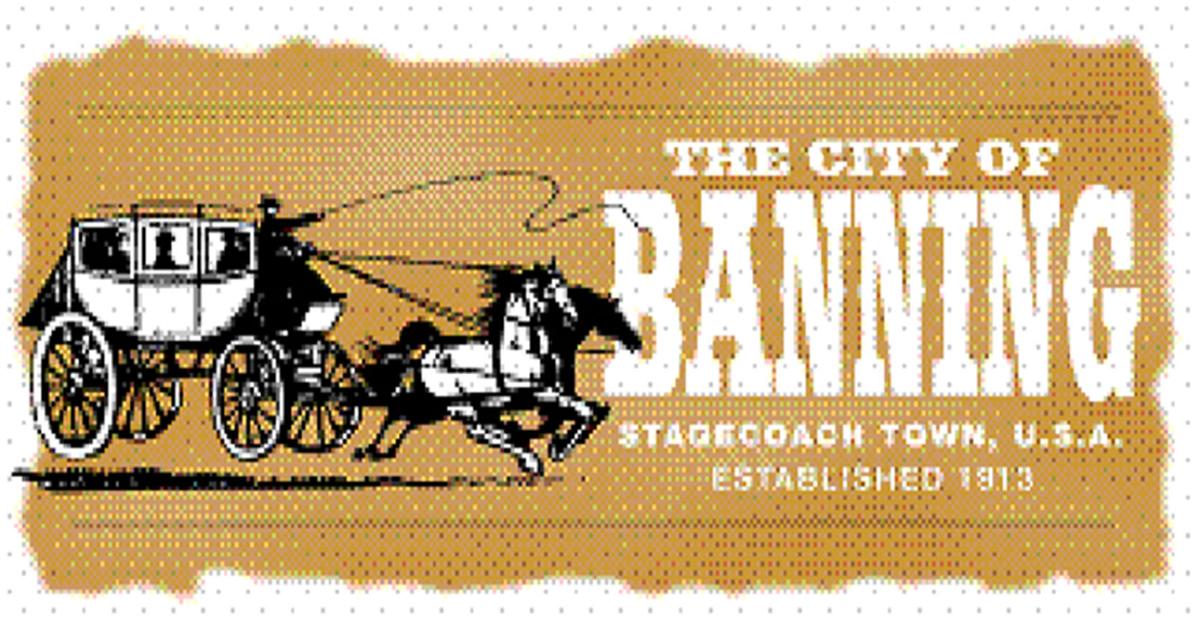 A logo design that was briefly used in 2007.

A concept of the original 1913 city seal, which would have been used to stamp official documents, as imagined by media specialist John Garside.

The design for a lapel pin that evolved into a widely used logo in 2005.

The horses and carriage design would have been the logo in use around 1994 or 1995.

A logo design that was briefly used in 2007.

And it did not remotely resemble the “Stagecoach Town USA” logo that has been in use for years.

The city of Banning’s second-ever ordinance, drafted in February 1913, outlines the parameters for its city seal.

(The first ordinance established the date and time of city council meetings.)

Ordinance No. 2 decreed “That the shape of the seal for the City of Banning shall be plain round … it shall bear the inscription at the top “City of Banning” and at the bottom “California” and in the center “Incorporated 1913.”

Its direction was not much more incredible than that.

A year later the city passed Ordinance No. 418 amending language specifying the seal to include language expressing “scenic and health benefits” related to the city.

Somewhere along the way, the seal got buried in favor of the marketing logo and slogan that has been used for well over a decade.

At the Jan. 14 city council meeting, city manager Doug Schulze explained that the since 2005 the city had been using a “community logo” that offers no reference to the city as a municipal corporation.

That is the one mounted on the wall behind councilmembers sitting on the dais.

It adorns city vehicles and is emblazoned on reams of official city documents and business cards.

All around the city folks have been using a logo declaring “Stagecoach Town USA” with an accompanying slogan “Proud History, Prosperous Tomorrow” in lieu of the official city seal, Schulze pointed out.

Stagecoach Town USA initially stemmed from a 1995 logo contest which, when reproduced in ink blurred significantly and became too difficult to see. Another contest in 1997, won by Efrain Herrera — who won a $100 savings bond — essentially designed the logo expressed today.

“The logo is very fluid. It’s transitioned through many over the years,” says executive city assistant Laurie Sampson. “I like the seal, the fact that it was done by a city engineer … it has a mid-century modern look to it: the sun is (I’m guessing) east, symbolizing the direction of where things begin. The sun starts out each day in the east.”

Ironically, the logo in use for nearly 15 years was never approved by the city council, Schulze said.

City Councilman Art Welch attended a League of California Cities conference in 2005 and received a lot of compliments for the pin he wore, which depicted Herrera’s design.

“It was said at the time, ‘Well, let’s just use that. There wasn’t any official action” according to Schulze.

Since 1965, however, the city’s municipal code has specified that the circular seal bearing “an appropriate insignia depicting the scenic and health advantages of the city,” flanked by the incorporation date and the words “City of Banning” and “California,” “shall be the official seal of the city.”

“I happened to be coming back from lunch today and there was a city vehicle parked in the parking lot,” Schulze said. “I just happened to look up” and discovered the original seal, faded from years of sun exposure, emblazoned on the truck.

“This tells me two things: we’re keeping vehicles for an awful long time — and apparently maintaining them quite well,” and it also gave Schulze a hint that the city has an official seal, which immediately replaced the logo that was being sent out with his e-mails.

The Stagecoach Days logo “is intended more for community-type events and promotion of the community,” Schulze explained.

The motto “Stagecoach Town USA” associated with that logo was initiated by the Soroptomist Club.

In 1967 Betty Shepard, the Soroptomist Club’s Service Objectives chairwoman, wrote a letter to City Manager Robert Schoenborn referencing a meeting with him about her club spearheading a project to renovate downtown Banning “into a sophisticated Western motif,” and requested his presence “at the Community Room of San Gorgonio Square on March 2.”

By July 10, 1969 there were calls for the former city hall to have Stagecoach Town USA theme incorporated into the building, at the request of Soroptimist and 1969 Citizen of the Year Brigitte Page, who would later become Banning’s first woman mayor several years later.

That year the editor of this paper’s predecessor The Daily Record-Gazette, Ned Cantwell, and its managing editor Bill Phillips urged use of the theme through an editorial.

According to the late Brigitte Page, she had claimed that the theme was “basically a sales promotion to let people know what Banning has to offer. We should promote western hospitality and a more leisurely way of life, our good air and friendly people.”

Moving forward, as the city replaces decals on vehicles and reorders business cards and stationery, the city seal from 1956 — not the Stagecoach Days logo — will adorn everything official.

“Most of the discussions have been about logos,” executive assistant Sampson says, “but when those get out into discussions with the city and the public, people get confused” between talking about the seal and the logo.

According to city manager Schulze, since there is an ordinance in place that dictates the city to use its seal on all official documents and correspondence, no action needed to be taken by the city council on the matter.

This new/old seal is awful. It looks like a red blob on my city bill. It's unreadable and doesn't even have antiquated charm. It's just a monstrosity of bad design that no longer has any relevance.