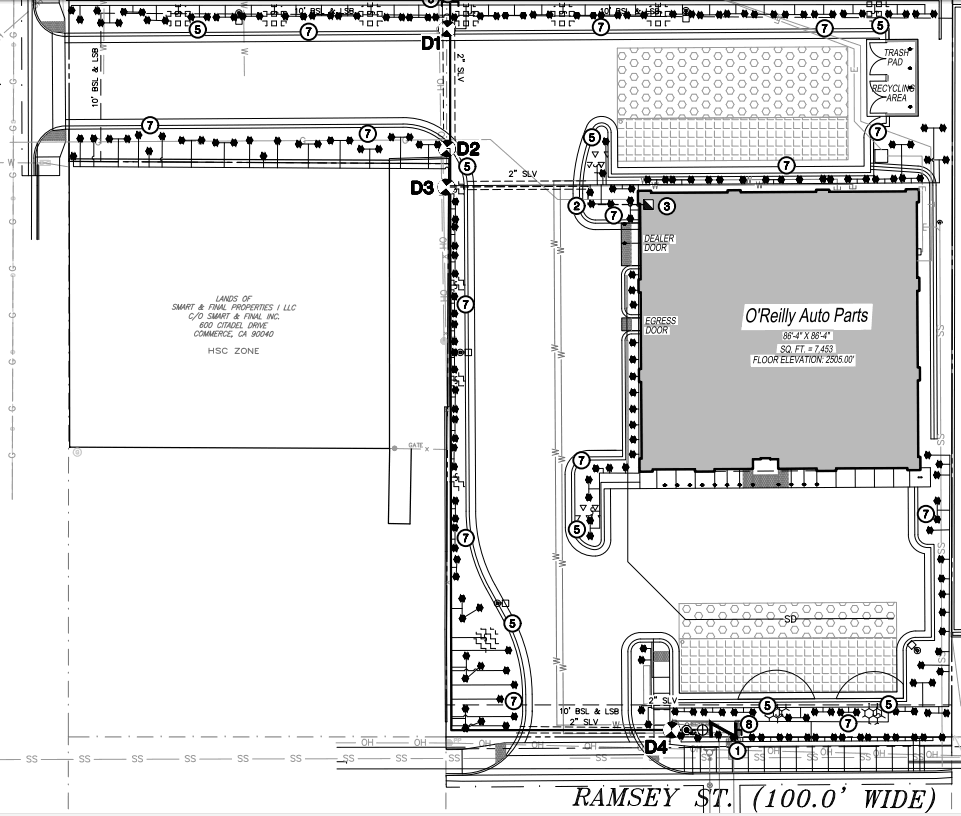 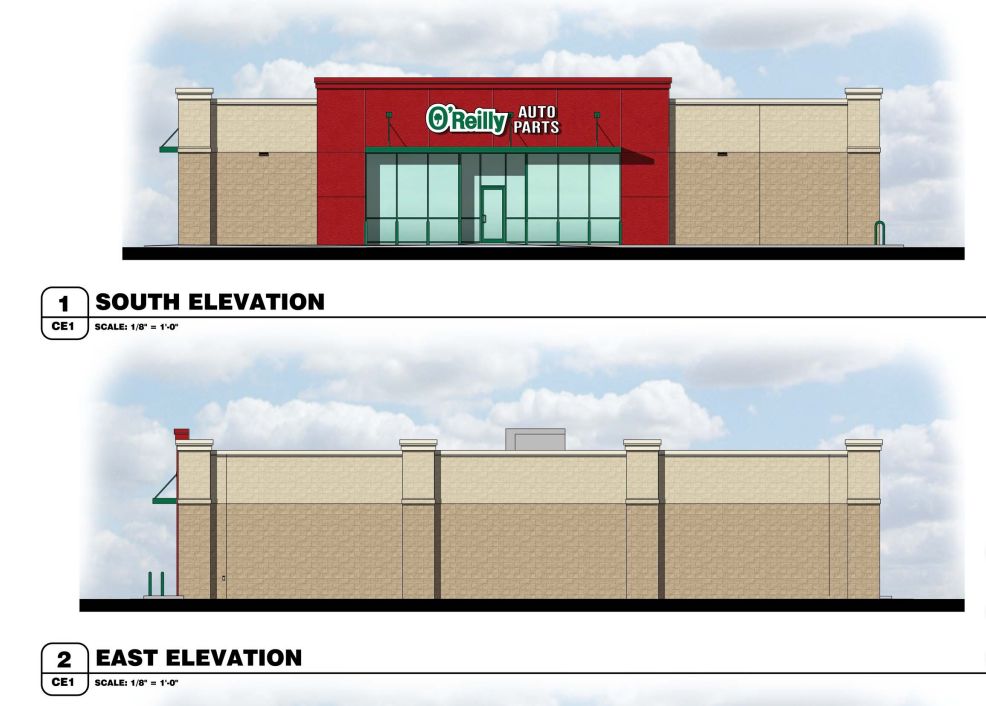 A site map depicts the planned O’Reilly’s auto parts store next to the existing Smart & Final.

A site map depicts the planned O’Reilly’s auto parts store next to the existing Smart & Final.

Rights-of-way for a couple of future businesses were accepted by the city of Banning at its Tuesday council meeting.

Springfield, Mo.-based O’Reilly Auto Enterprises, LLC granted nearly 600 square feet of road dedication in front of what is currently a vacant lot next to Smart & Final along Ramsey Street to allow the city for road and utilities purposes.

The city also accepted rights-of-way dedications for a couple of parcels along John Street near the airport from Irvine-based Banning Industrial LP, which is in the works to build a 1 million square-foot warehouse on nearly 64 acres.

O’Reilly’s is already in the permitting process and, assuming that the coronavirus and weather does not hamper progress, could start construction “soon,” according to Community Development Director Adam Rush, and once it commences, should take about six months to complete.

The city did not offer an update during the council meeting on developments with Banning Industrial LP’s project, initially announced in December 2018 that called for 990,000 square feet of high cube (non-refrigerated) industrial-warehouse space, and 10,000 square feet of office space on 63.9 acres north of Banning Municipal Airport, just south of the I-10 freeway and the Union Pacific line.

Conditions for approval of that project included providing funding for improvements of John Street, which is to be the main access via Lincoln Street to the east.

Since Banning Industrial’s announcement, the three lots the site sits on have been merged into a single parcel.

No tenant has yet been announced, and infrastructure will be completed concurrent with project construction, according to Community Development Director Adam Rush, who explains that “Occupancy is not authorized until roads and infrastructure are constructed” and accepted by the city.

Steven Douglas, a retired sheriff who was once involved with the nonprofit Faith In Action, used to work with that organization to provide assistance to the homeless.

On April 5 at 1:04 p.m., officers of Banning Police Department responded to the area in the 1400 block of N. 8th Street in the Banning for a report of shots fired.

Seamsters and seamstresses answer a call of distress: making masks for medical and first responders

It started with just a couple a day after visiting a veterinarian’s office, realizing there was a need, and as word got out, it evolved into an effort to make several a day for Skydive West Coast owners Tanya and Robbie Spencer.

California’s public health officials released guidance on the use of cloth face coverings to protect against COVID-19 for Californians who must leave their homes to conduct essential activities.