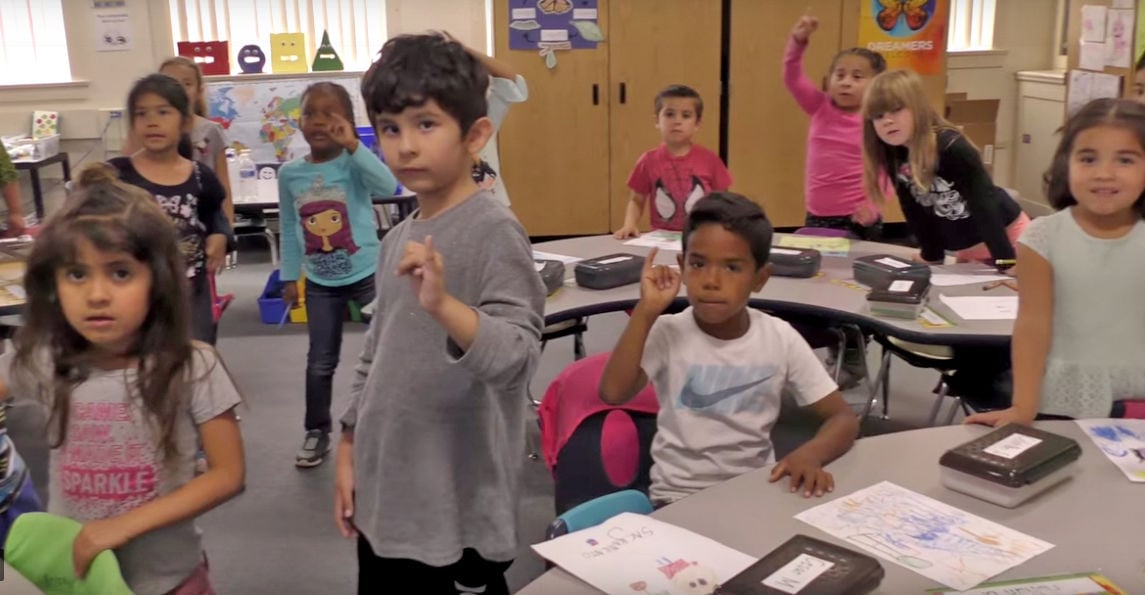 In a video still, kindergarten students in Elizabeth Marin’s classroom practice a nursery rhyme in Spanish. 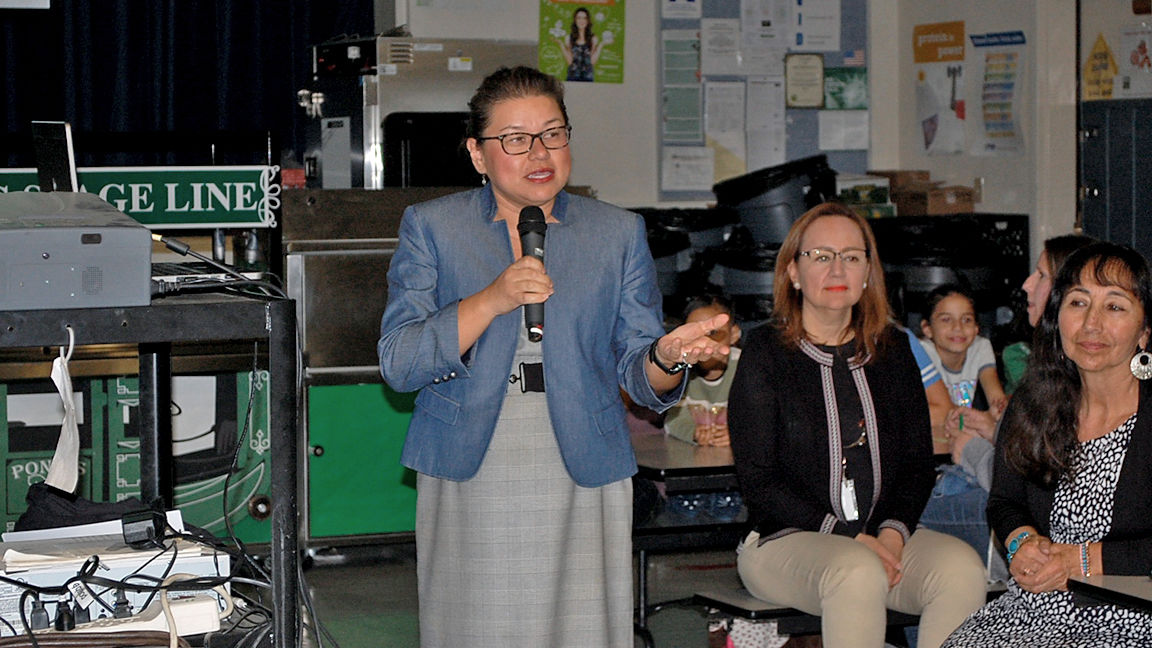 In a video still, kindergarten students in Elizabeth Marin’s classroom practice a nursery rhyme in Spanish.

A handful of students each year earn their coveted Seal of Biliteracy at graduation.

For some, the road to reaching that achievement starts at Central Elementary School in Banning, home to what Central declares is the county’s longest-running Dual Immersion program.

Dual Immersion starts with kindergartners being taught 90 percent of the time in Spanish.

Each grade level sees a slight transition: by second-grade, students receive 80 percent of their instruction in Spanish, and 20 percent in English.

In kindergarten, they focus on the alphabet, numbers and counting, and basic addition and subtraction, as well as learn a number of sight words, with the expectation that students will be able to completely write a couple of sentences on their own without help (in Spanish).

At Central School, there is strong support: Marcia Cole-Fijabi, principal for the past five years, told visitors to a Nov. 1 Dual Immersion information session in a video presentation that her kids participated in the program, and her daughter was in the program when Cole-Fijabi started her first year as principal there.

“Dual Immersion is an inclusive model that’s been well-researched and accepted in the education community,” Estella Patel, the school district’s coordinator of assessment and accountability, told parents.

First-grade Dual Immersion teacher Marta Pereira explained that the evening’s gathering was intended to remind parents of the support expected on their part at home.

Dual Immersion has support at Central School, but the curriculum’s extended reach at middle school beyond is limited due to resources: according to the district, math is the only subject taught in Spanish at Nicolet Middle School, though there has been exploration of possibly adding science to be taught in Spanish there, as well in the next few years.

Central School fifth-grader Josue´ Sanchez said in an interview that he felt math in Dual Immersion was “hard,” not because it was being taught in Spanish, but “because it’s math. We’re working on multiplying decimals.”

Cecelia Connolly, a parent with a son and daughter at Central School, attended the information session.

Her take on what she learned: “I realized how important it is to keep up with Dual Immersion after elementary school.”