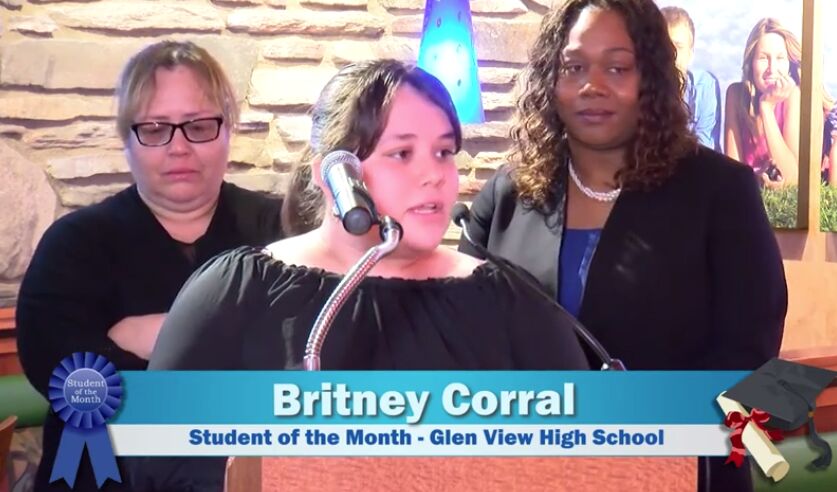 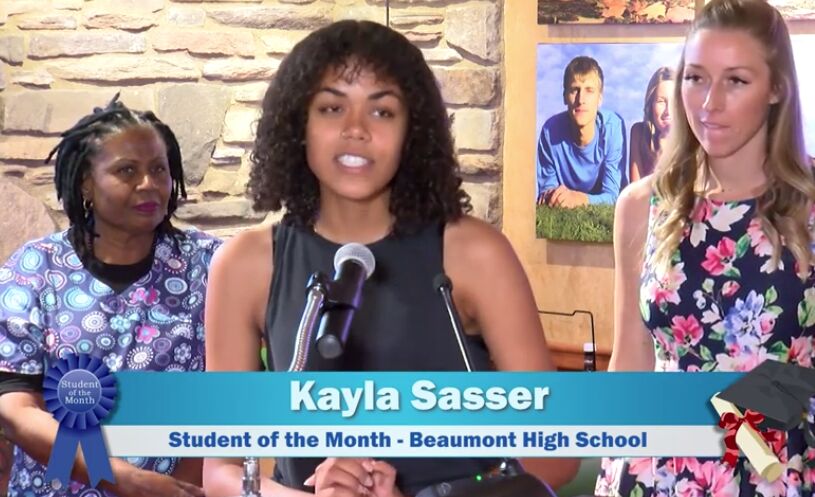 She lived for a couple of years in a temporary foster situation until she could move in with her grandmother, “who has helped me through everything.”

Like other students from the Pass area’s public schools who were nominated as Students of the Month, Garcia was selected for the recognition by demonstrating success in school despite overcoming significant life challenges.

Those selected as Students of the Month are eligible to be considered for the coveted Student of the Year scholarship.

“If you were to see her on a day-to-day basis,” it would be impossible to realize the background from which she has come, he said during the Student of the Month recognition program last February, for which Garcia was nominated to represent Banning High School. “She is the most determined and dedicated student I think I’ve ever had … she leads by example; she never complains about anything; she helps others, she’s a selfless person. Everything she does is to help others. I have no idea how she’s able to maintain this day after day.”

He explains that Garcia took college courses and took care of her family, plays sports and excels in school “and exceeded my expectations.”

Despite life’s obstacles, Garcia has earned a spot at California Baptist University.

Krista Calderon, a Banning Independent Studies student, had to overcome depression, led in part by losing her brother to cancer, and was a victim of sexual assault that left her with a constant feeling of insecurity.

Overcoming her struggles has inspired her to want to become a motivational speaker.

“I want to move people and let them know they can live, and that it’s not pointless,” she said. “It’s been wonderful working with everyone at Banning Independent Study school, because there has been massive help to guide me to a brighter future.”

Towards the end of the school year, the Banning and Beaumont school districts honored their Students of the Year, selected from the four honorees recognized monthly during breakfasts at Sizzler restaurant in Banning.