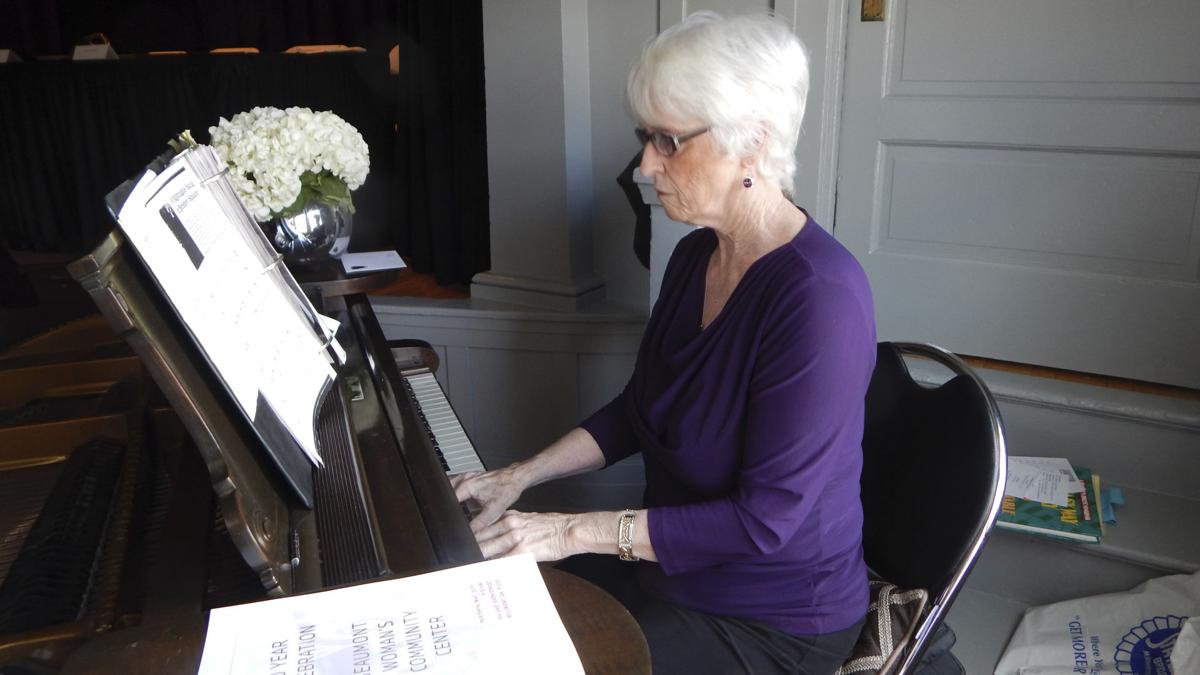 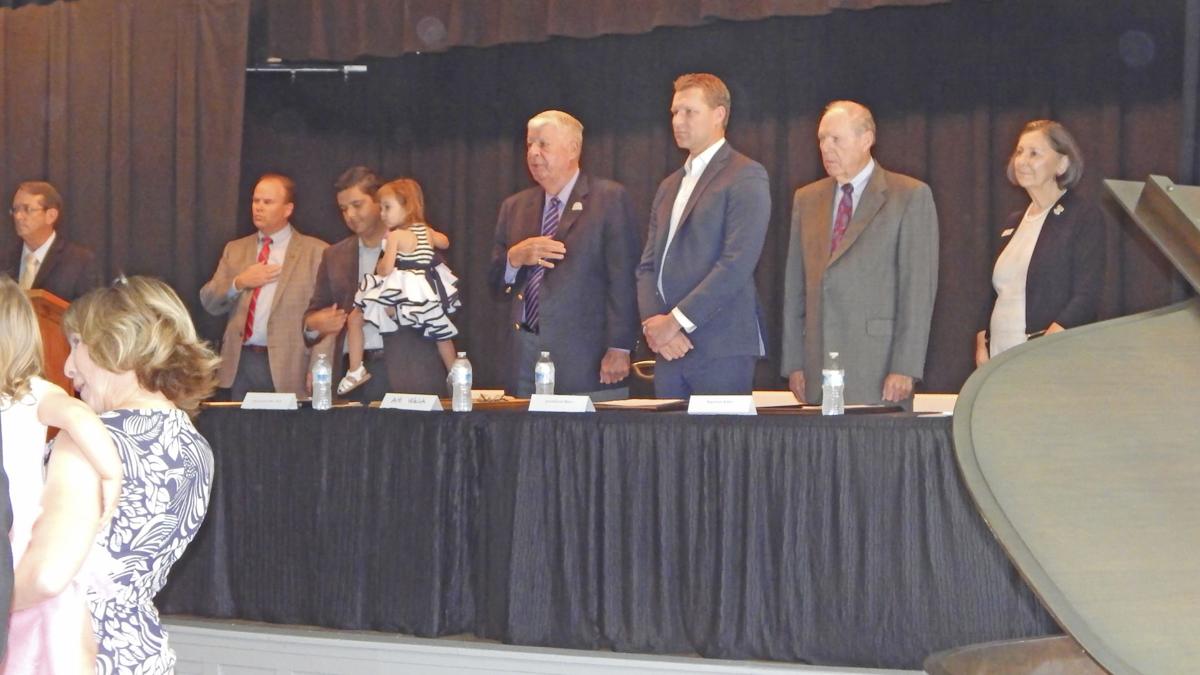 The Beaumont Woman’s Club Community Center celebrated its 100th anniversary last Saturday with tributes from dignitaries and community members on its service to the Pass area.

The community center served as the American Red Cross headquarters during World War II, a venue for Friday night movies and ice cream socials, and currently is the site of CAST Players productions and Table of Plenty meals,

The Beaumont Woman’s Club was established in 1908 and its first project was building a library for this town.

The woman’s club had $50 in their treasury and an 1894 Steinway piano, which was played on Saturday by pianist Maxine Hoth.

Jennings said that, with a $3,000 loan, the cornerstone was laid for the community center and it was dedicated on May 11, 1917.

The community center has a rich history in Beaumont.

One of the stories shared was the year a teenager stole all of the ice cream meant for an ice cream social.

Another time, when a local bakery went on strike, 1,000 cherry pies were baked by Woman’s Club members at the community center for the Cherry Festival.

In the late 1990s, the community center was donated to the Beaumont-Cherry Valley Recreation and Park District.

It was renovated and reopened in 2008. Since then, it has been a venue for the San Gorgonio Pass Historical Society, Table of Plenty and CAST Players.

The Beaumont Woman’s Club also has helped with projects for Childhelp, the Boys and Girls Club of the San Gorgonio Pass, Guide Dogs of the Desert, and Winter Wish.

The club received many certificates and proclamations celebrating the community center’s 100 years.

Ruiz commented on what an accomplishment it is for the Woman’s Club community center to celebrate 100 years in Beaumont.

He reflected on his personal life and how he is surrounded by strong women.

“I grew up with strong women in my life and now I’m married to a strong woman, Monica, and we’re raising our two daughters to be strong women,” Ruiz said.

He praised the Woman’s Club for their community service and leadership and for being role models and an inspiration to women.

Welch was representing State Senator Mike Morrell, who was out of state and could not attend the event.

Welch said that he has seen the important work done by the Woman’s Club and how generous they are to the community.

Welch is a board member with Table of Plenty, which serves hot meals to the needy twice a week at the community center.

“You are certainly helping us feed the needy in our community,” Welch said.

Assemblyman Chad Mayes also complimented the Woman’s Club for all of the hard work they do in the community and throughout the state as part of the California Federation of Women’s Clubs.

County supervisor Marion Ashley also talked about his strong mother, and also his strong wife, to whom he has been married for 62 years.

The two women then started the first professional woman’s club, Sorosis, in New York, in 1886, and in 1889, Croly formed the General Federation of Women club.

Ashley said that the Beaumont Woman’s Club has been very important in the Pass Area and has set a standard for community service.

“This one’s special and I think the reason is because of all of these strong women,” he said.

Beaumont Mayor Lloyd White said he enlisted the help of his 14-year-old daughter and 11-year-old son to come up with some interesting facts about Beaumont and the U.S. over the past 100 years.

As the ceremony was coming to a close, California Federation of Women’s Club president Toby Kahan said she was impressed with the guests who attended the event and spoke of her pride in the organization.

She thanked the Beaumont Woman’s Club for opening their doors to the community and to so many worthwhile causes.

Beaumont Woman’s Club Earlene Boyd thanked the audience for their support. “It makes us feel very special to have all of you here today,” Boyd said.

Jan Emde and Jean Lash represent the De Anza district as president and third vice-president. There are 676 members within 13 clubs in this district.

Beaumont is one of seven clubs that have celebrated their 100th anniversary.

Emde has been a Woman’s Club member for 30 years; Lash for nine years.

Beaumont’s celebration is meaningful to the two women who get to visit the Pass area about three to four times a year.

“To me, as district president, it’s an opportunity to celebrate their good programs. They are very important to us,” Emde said.