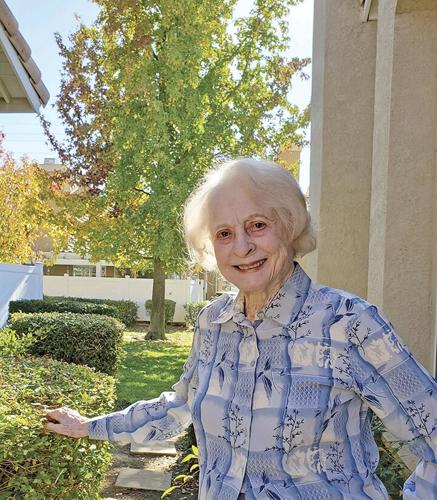 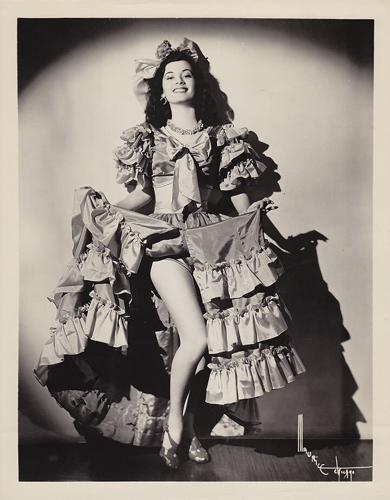 The eighth of nine children, Ana was born on July 26, 1922, in Cayey, Puerto Rico and at age 6 moved with her mother and siblings to Chicago where she was raised and lived until 1943.

During and after high school Gauck, who enjoyed singing, studied voice with Madame Hess, a well-known Chicago elocution instructor and mentor. Soon, after her high school graduation, Gauck found work singing, dancing and “swaying” to the beat of Chicago’s nightlife. The talented young beauty entertained patrons at the iconic Drake Hotel and the Cuban Village, which featured her as a “movie starlet” and “spirited dancer,” and she performed with a renowned vaudeville show at Harry’s New Yorker.

Singing and entertaining in the city’s nightclubs was how she was discovered by a Hollywood agent who sent her to Tinsel Town to advance her budding career. Upon her arrival in California, Gauck worked at the legendary Hollywood Canteen on Cahuenga Boulevard, a club that offered food, dancing and entertainment for servicemen. Co-founder and president of the canteen, actress Bette Davis, spotted the young beauty with the vivacious personality and quickly moved Gauck to the main floor to dance with the servicemen who frequented the canteen.

It was at the canteen that Gauck met her first husband, Guy Scarpitta. Scarpitta worked in the TV and film industry, eventually as a director and producer until his death in 1978. Together, the couple had four children, Stephen, Michael, Gerald and Annette. In addition to raising her children, Ana enjoyed an active social life entertaining friends and Hollywood luminaries in the Scarpitta home and resumed her voice lessons in the 1960s.

In the early 1970s Ana began a new and successful career selling real estate, which she continued through the early 1990s.

Ana and her second husband, Gene Mauney, moved to Sun Lakes in the early 1990s from the San Fernando Valley, and Gene established the Banning Rotary Club while Ana sold real estate for Sun Lakes Realty.

After Mauney’s passing in 1993, the twice-widowed Ana, met her third husband, George Gauck through a Sun Lakes Bereavement Group. Sadly, Gauck passed away in 2005 and Ana found a special friendship with Sun Lakes’ resident, John Lester until his death in 2011.

This amazing, soon-to-be-centenarian has seen and experienced much during her 100 years and while most people her age are unable to exercise, this soon-to-be minted 100-year-old exercises 10 minutes a day on her stationary bike.

Friday morning, July 22, the San Gorgonio Pass chapter of Habitat for Humanity gathered at a vacant lot on E. Wilson Street to break ground on its 15th home to be built in Banning.

On July 1, Reverend Davine Joy Young became the new minister at the Center for Spiritual Living in Beaumont.

Answering to a higher calling, the Rev. Bill Dunn of Beaumont has been named priest-in-charge at Trinity Episcopal Church in Redlands.

Beaumont celebrates its Freedom Festival, and Banning's 4th brings its community together

For the fourth of July the city of Beaumont invited residents and guests to its annual Freedom Fest, featuring a day of picnicking, games and live entertainment.

The city of Beaumont will host its annual Freedom Festival, featuring live entertainment, food and fireworks at 4 p.m. on Monday, July 4, at Stewart Park, 985 Maple Ave.