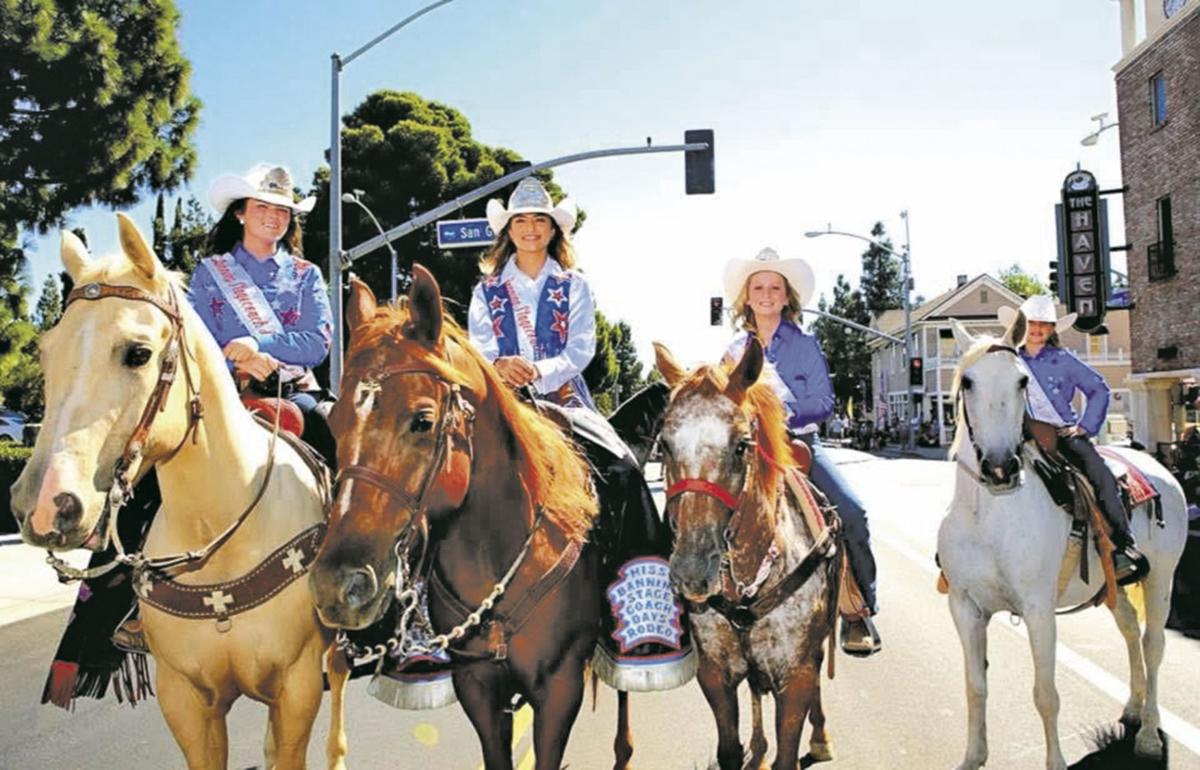 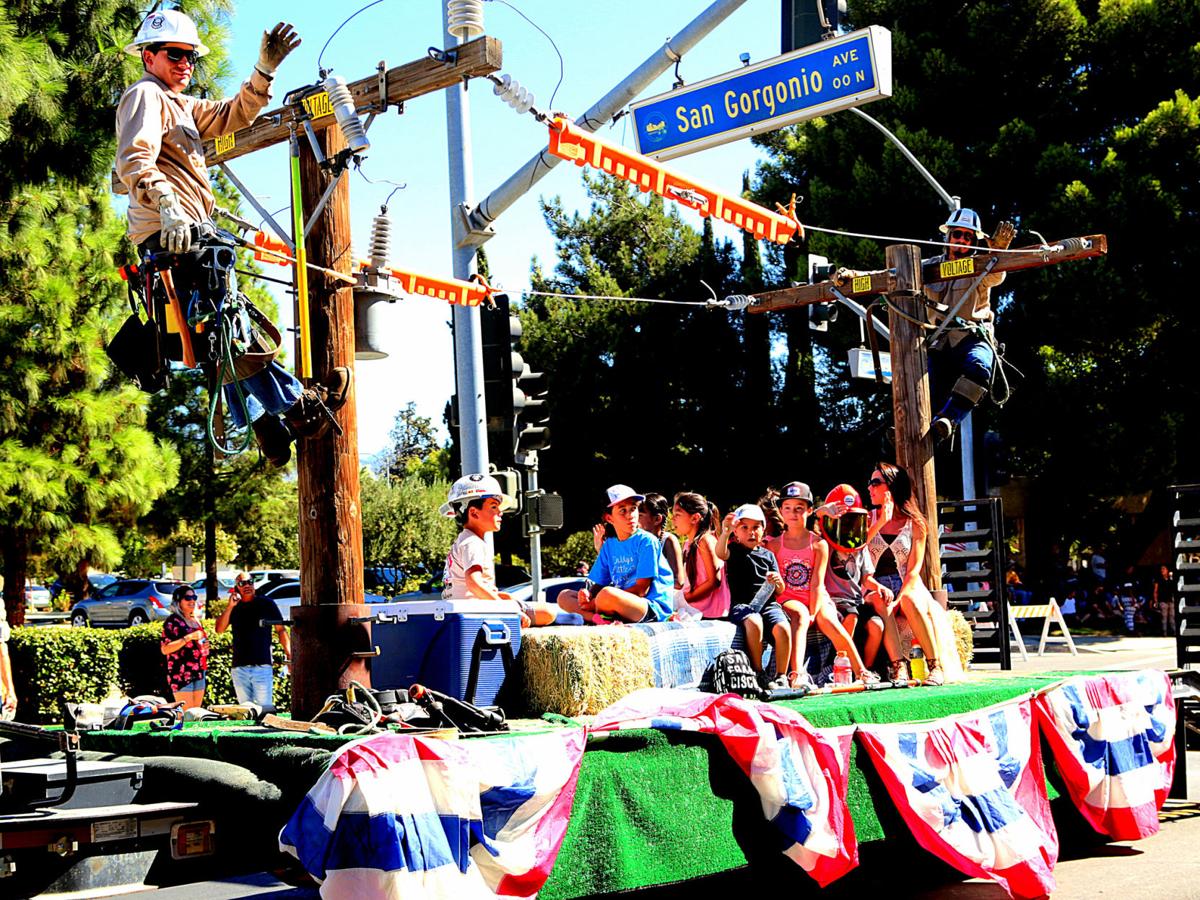 Banning Electric Utility hanging out on their fun float. 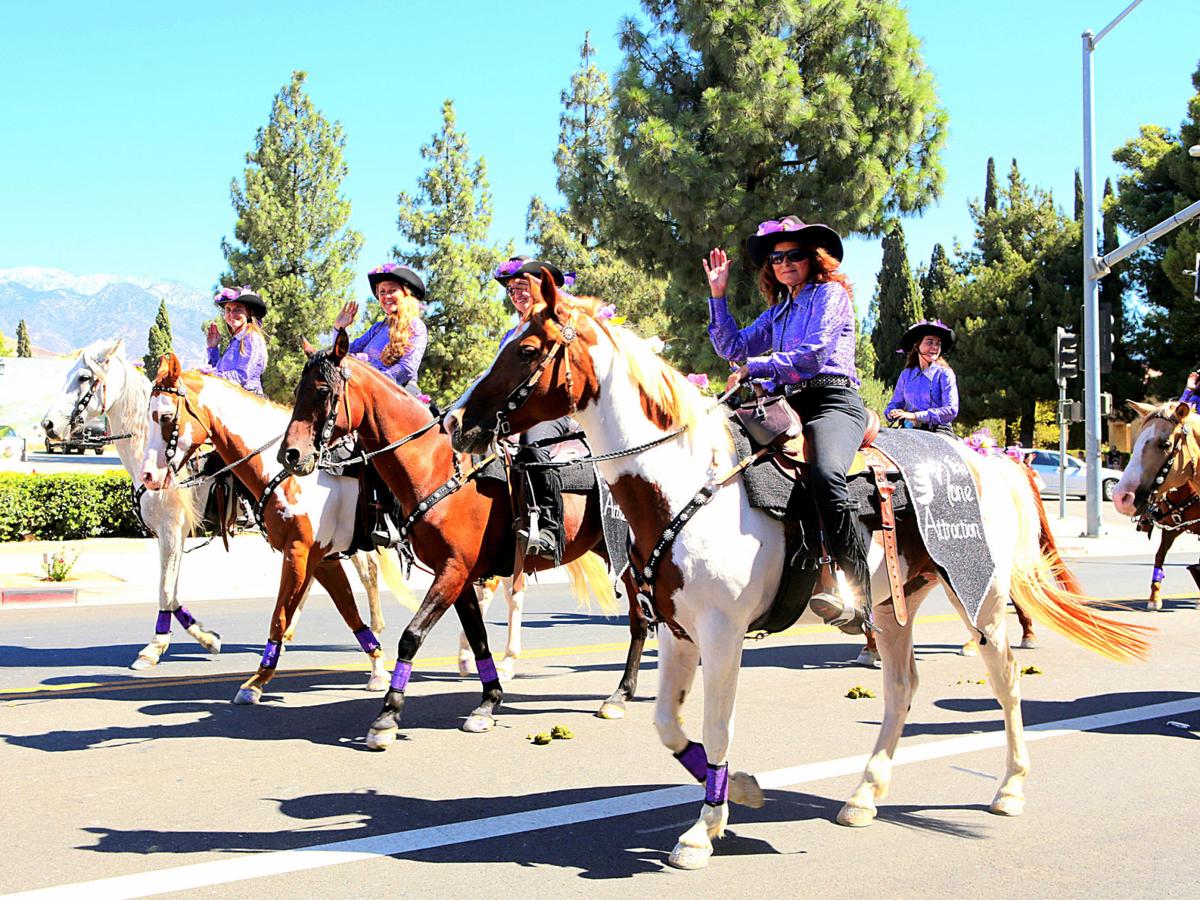 Members of The Mane Attraction Drill Team won first place in the Mounted Equestrian category at the parade. 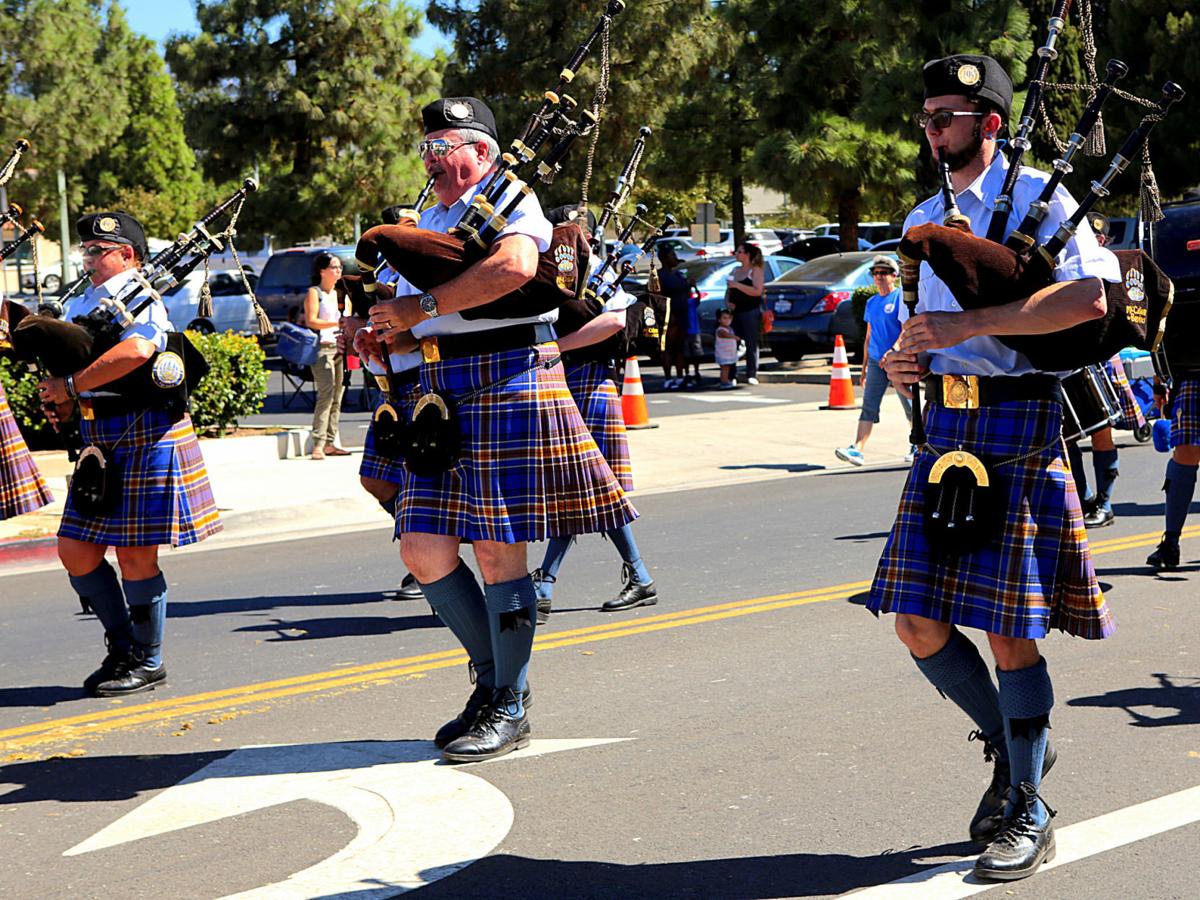 At right, UCR Pipe Band takes first place in the Band/Music category at the parade. 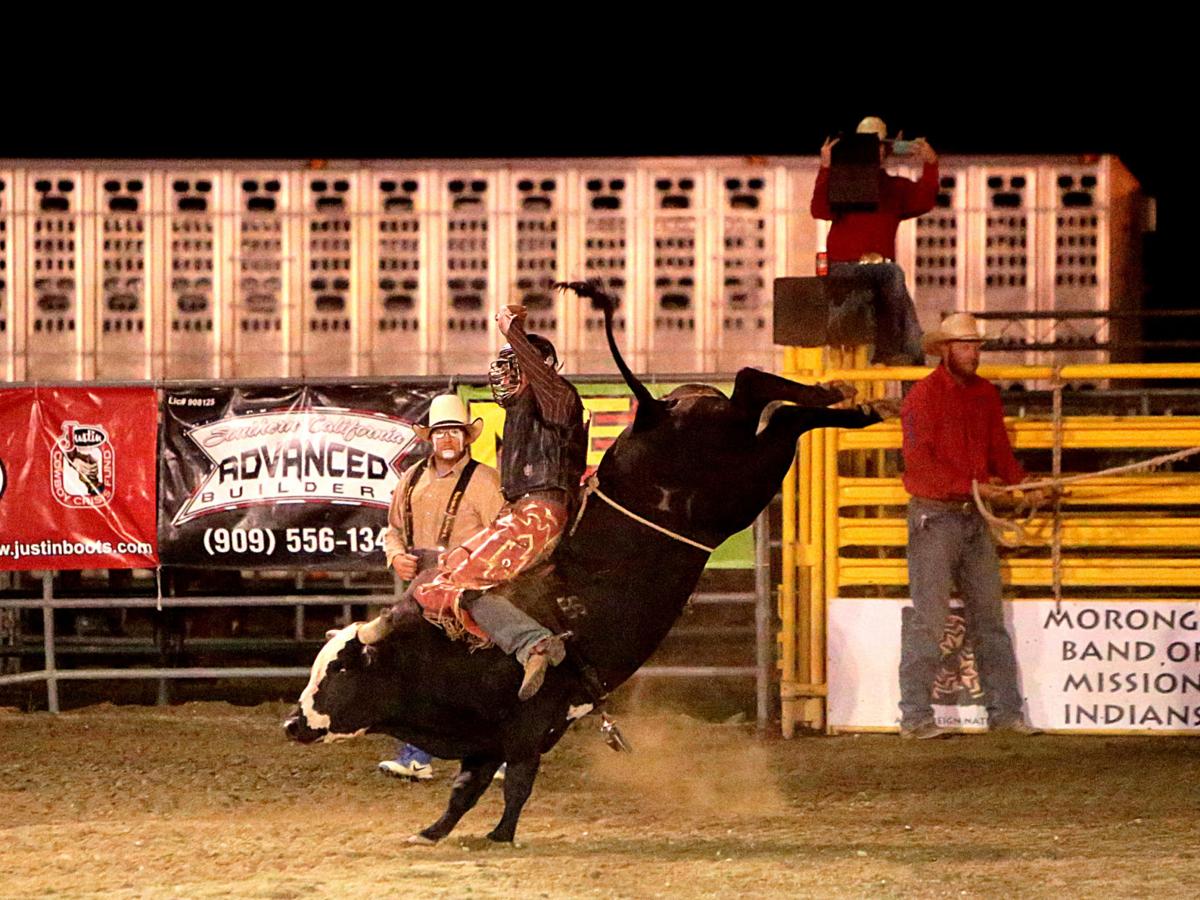 The rodeo is always a popular draw for Stagecoach Days. 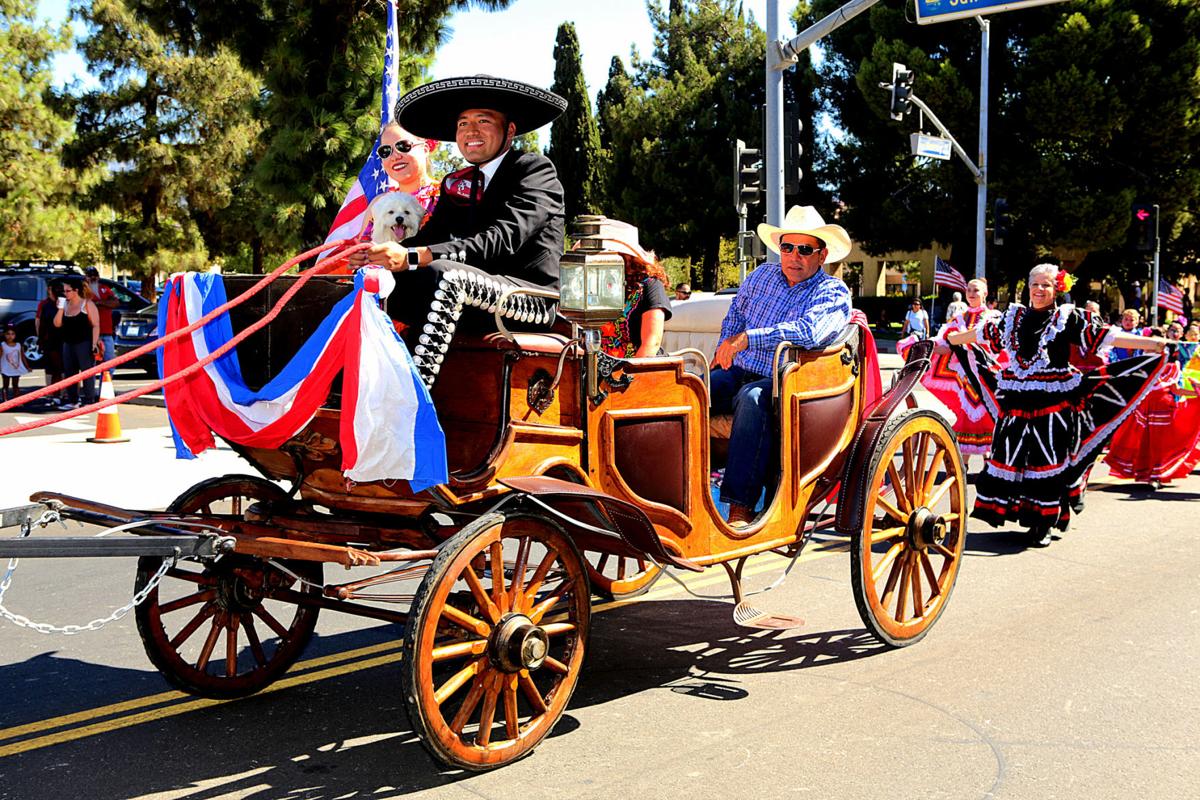 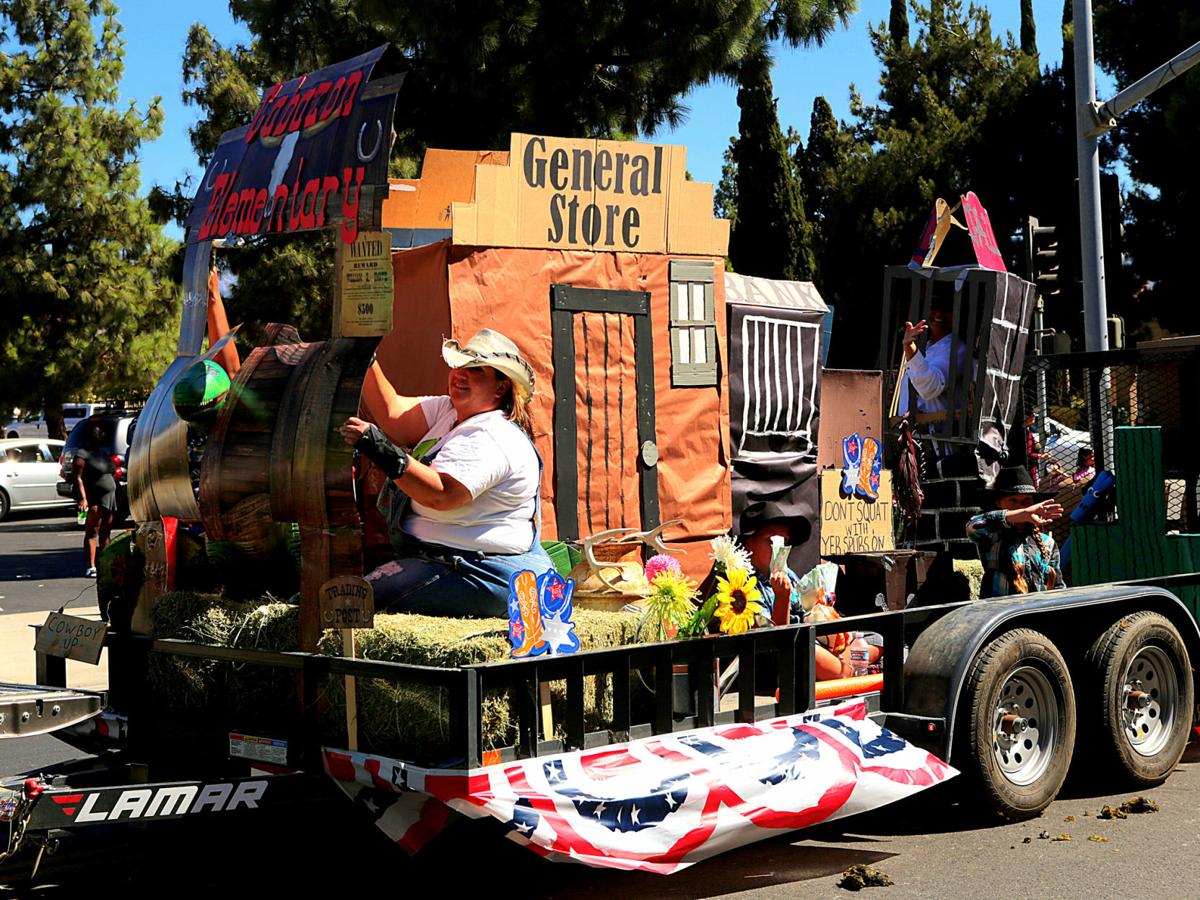 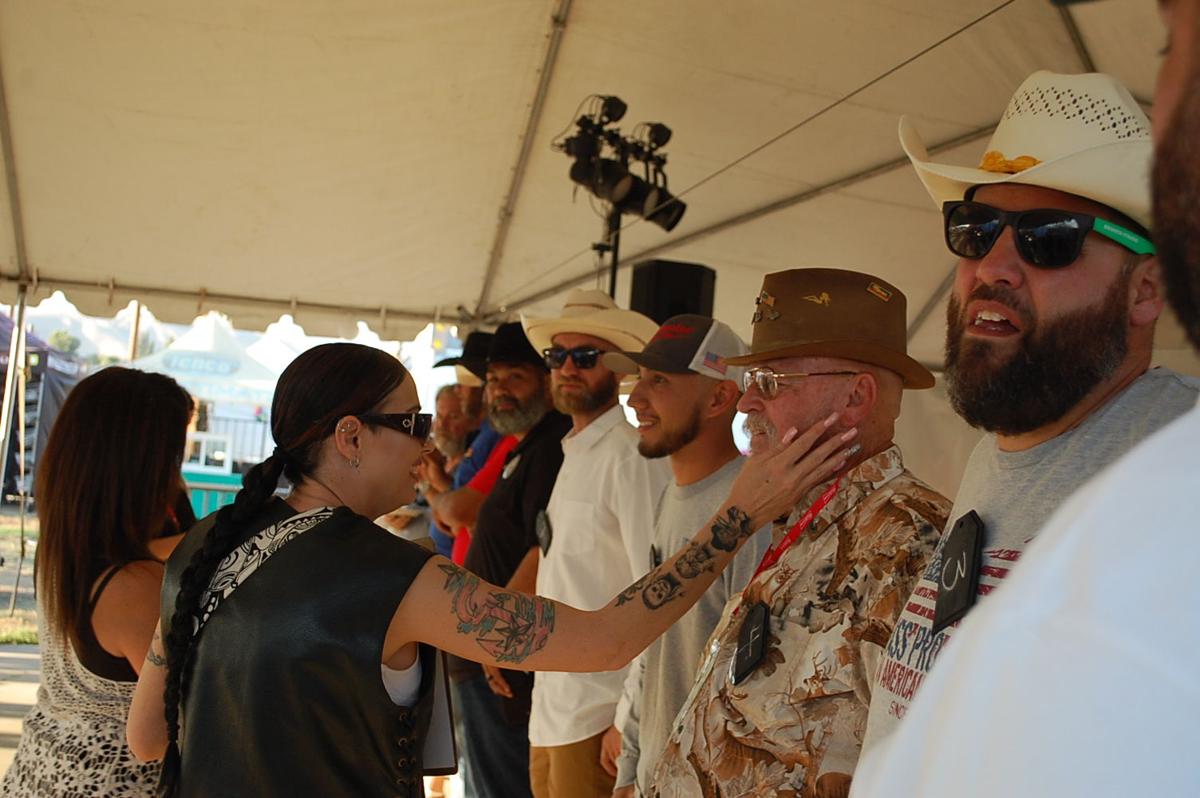 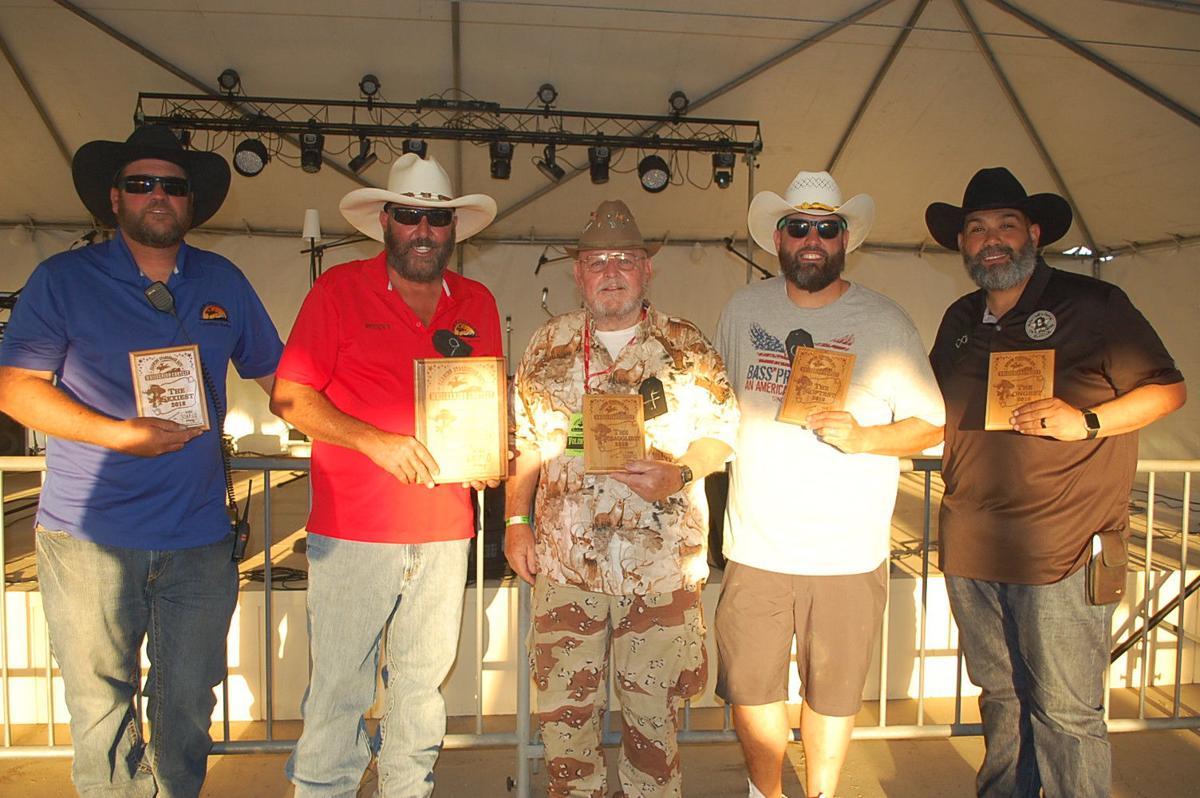 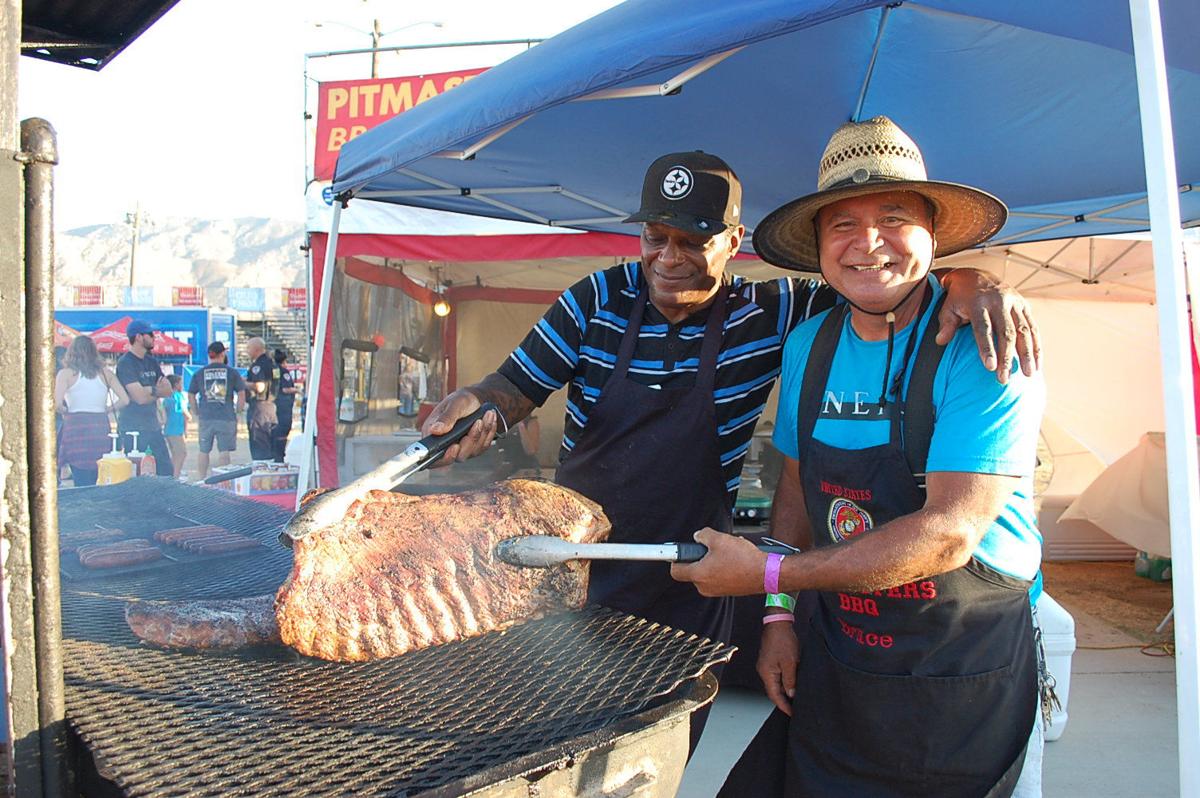 Grillmaster Dennis Young and pitmaster Bruce Dominguez of Pitmaster’s BBQ of Banning show off a 10-pound spare rib, proudly smoked over oak firewood at the fairgrounds. 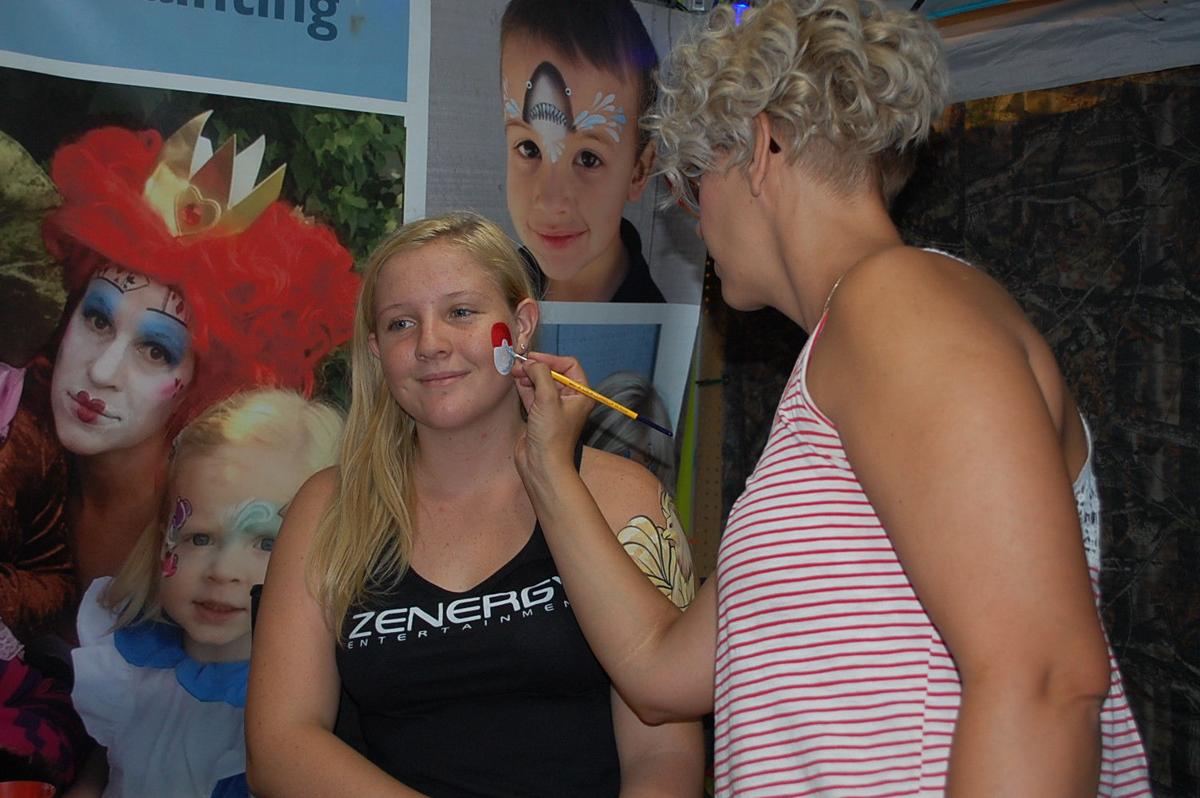 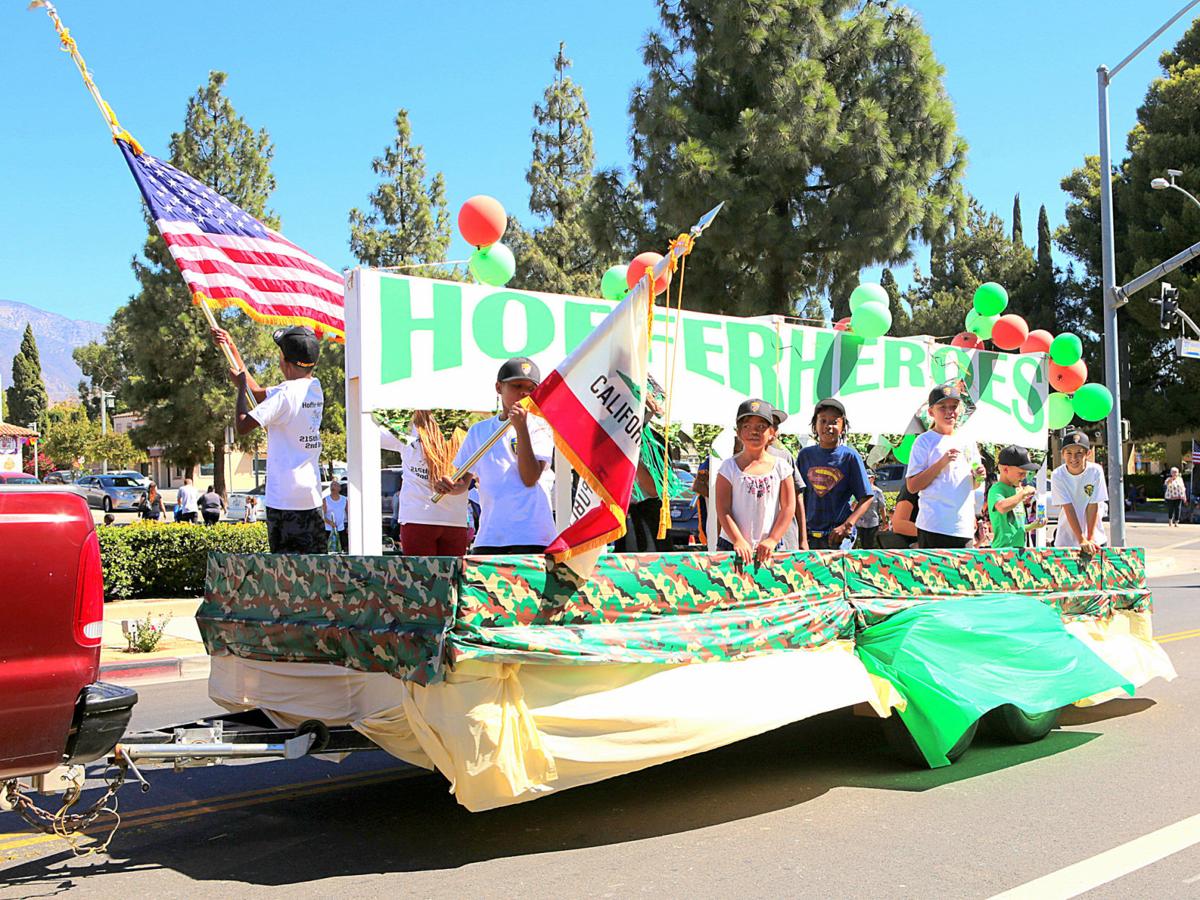 Hoffer Elementary School tied for second in the float category. 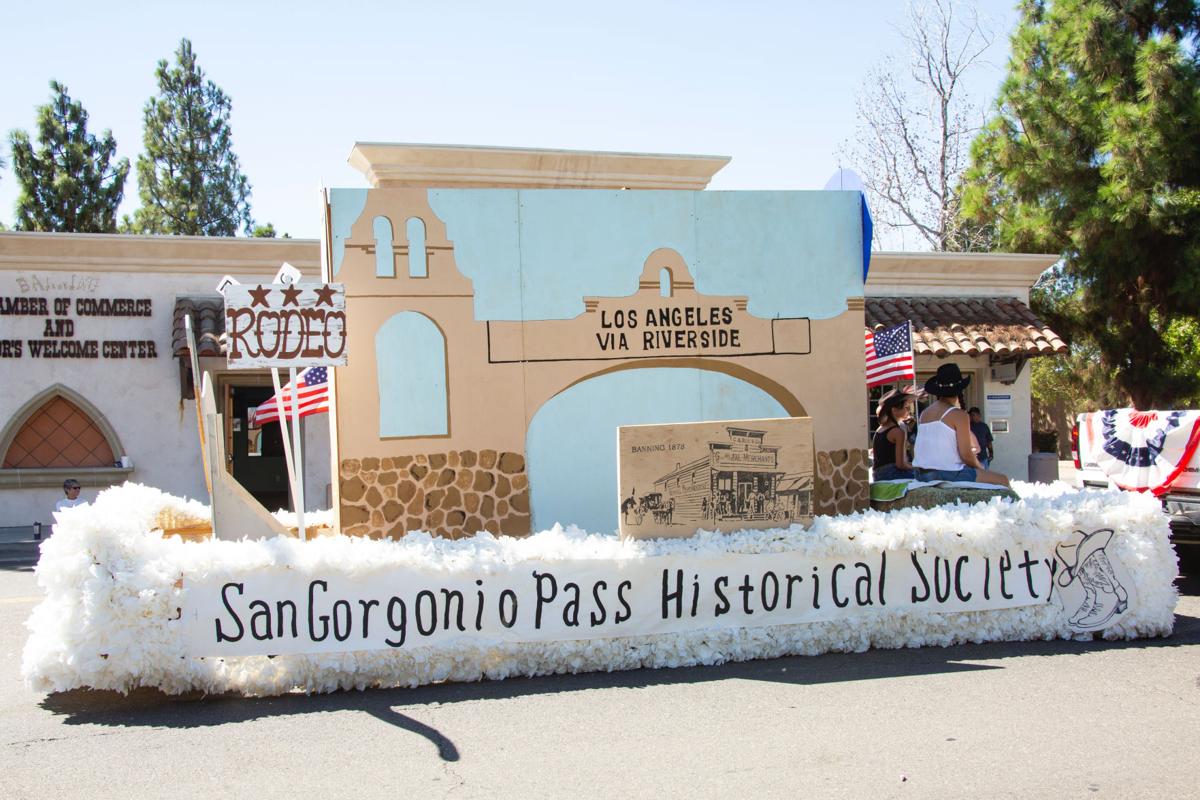 Banning Electric Utility hanging out on their fun float.

Members of The Mane Attraction Drill Team won first place in the Mounted Equestrian category at the parade.

At right, UCR Pipe Band takes first place in the Band/Music category at the parade.

The rodeo is always a popular draw for Stagecoach Days.

Grillmaster Dennis Young and pitmaster Bruce Dominguez of Pitmaster’s BBQ of Banning show off a 10-pound spare rib, proudly smoked over oak firewood at the fairgrounds.

Hoffer Elementary School tied for second in the float category.

As Friday evening faded and the rodeo lights brightened, Dysart Park in Banning came alive as visitors came out to enjoy the rodeo, the concerts and the fairgrounds.

Mariana Luna and Gustavo Capucho of Beaumont had driven by the night before and were attracted to the bright lights of a Ferris wheel.

“It looked fun to come and check out,” Luna said. “We figured it would be a smaller version of the Cherry Festival, which we’ve been to a bunch of times,” referring to Beaumont’s signature event. “We’re probably going to check out the rodeo.”

Valerie Gonzalez of Banning came to support Banning hip-hop artist Justin “J-Dizz” Stokes, who performed Friday evening and handed out carnations to some of his fans, including Gonzalez and her friend Rebeca Miranca, who grew up in Banning and considers attending Stagecoach Days “a tradition.”

Stokes’ sister April Henderson and her husband Anthony of Beaumont also came out to watch him perform.

They did not receive carnations from Stokes, who April explained, “He’s very much a ladies’ man.”

She said that it had been “a long time” since she had been to Stagecoach Days.

Art Chacon, Banning’s premier code enforcement officer was offering passers-by tips on how to incorporate regional and drought tolerant, low-maintenance landscaping at a spacious wood-framed kiosk as one of a dozen vendors set up on the fairgrounds.

“We’re educating people who don’t want to use too much water” and pay for the excessive usage, suggesting what they can do to alternatively make their yards beautiful using native plants.

Terri Scott of Hemet, a quarter horse owner, has been to Stagecoach Days “many times” to watch the rodeo, especially the buck and bronco shows.

“I like watching the cowboys ride the bulls. See how long they last,” Scott said. “It’s really awesome. And they don’t hurt the animals.”

Another rodeo afionado, Donette Kraft Hope of Banning, who attended the rodeo with her husband David, said, “We live nearby and listen to it anyway — we might was well come over and watch,” she joked.

According to Hope, unlike the experience of watching stock car racing in which (according to her) “you hope for that,” referring to seeing cars get into accidents and people barely survive, at rodeos “you hope no one gets hurt. I come here for the animals.”

She offered kudos to Honeycutt Rodeo, which she credited as being “one of the best. We’ve been rodeoing for all our lives. They’re the best.”

The fairgrounds opened Thursday evening for the annual Whiskerino contest and the Hatterino decoration contest, and the following Saturday morning in the blazing heat scores of entries in the annual Stagecoach Days Parade made their way down Ramsey Street.

Sunday morning early risers, instead of donning their Sunday best, opted for cowboy boots and hats to participate in Cowboy Church.

“Thank you to the association members, countless community volunteers, the city, our sponsors and contestants” for making Stagecoach Days such a success, association president Amy Pippenger says. Even “if you only came just for a beer, everyone played a vital role” in making it a vibrant festival.

1st Get Down Steppers