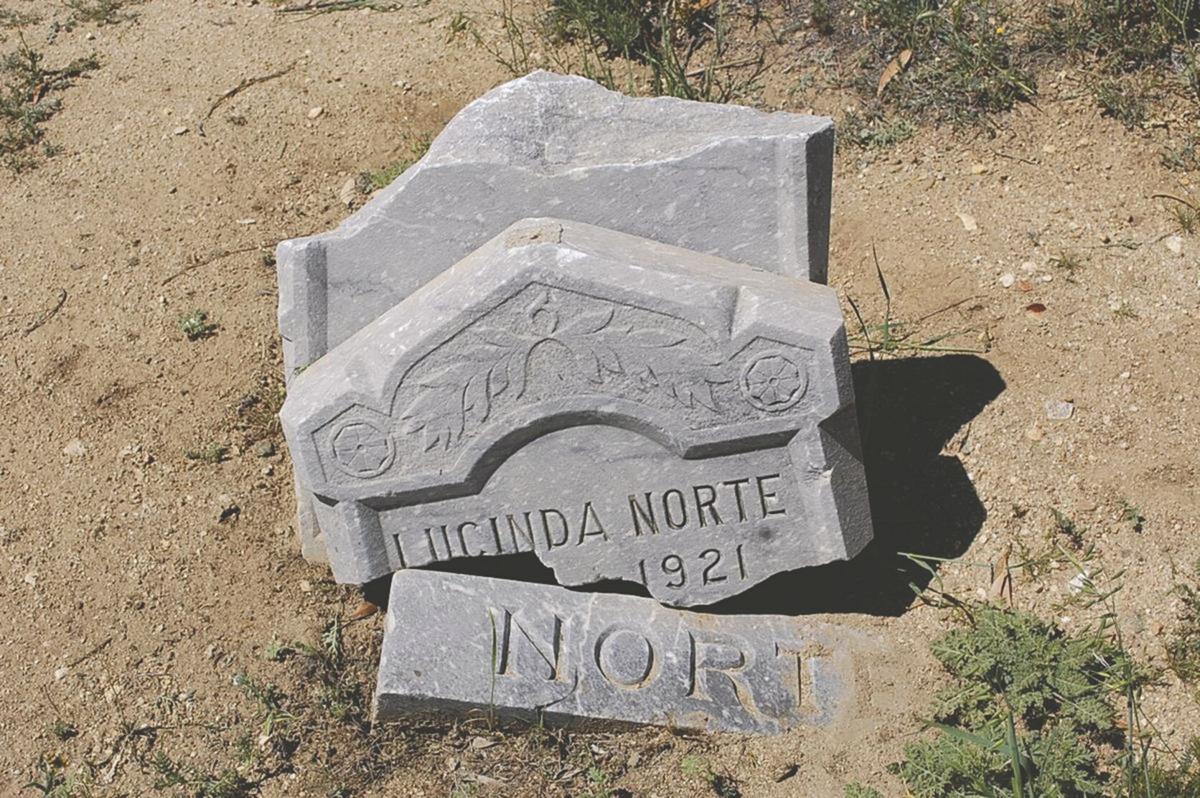 Some tombstones from the St. Boniface Cemetery are in shambles. 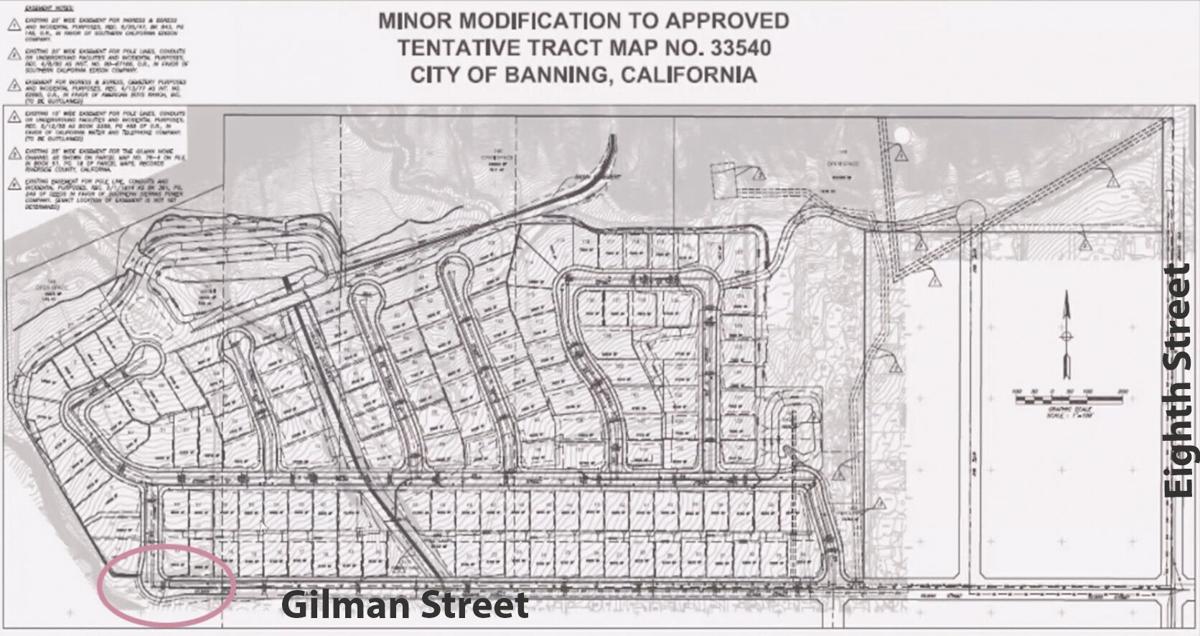 The circled area outlines the “knuckle” of street corner the city of Banning is helping a developer to acquire public right-of-way access to.

Specifically, the “street knuckle improvements” include regular secondary access for traffic, a looped water and sewer distribution system, and phone and cable utilities, among other amenities.

Part of the development area sits on land part of which is undergoing negotiations with the Morongo tribe to cede the St. Boniface Cemetery grounds near the site of the former St. Boniface School.

The three-story school was demolished by the 1980s, according to former Banning Library historian Bill Bell. Remnants of some of its former walls are still visible, and will be removed as the development moves forward.

The developer of the planned project, Newport Beach-based Vintage Stone Eagle, LLC acquired the land in 2012.

The city and developer seek to negotiate acquisition of the third of an acre of an adjacent 12-acre property owned by Mark Mandell.

Councilwoman Mary Hamlin pointed out that the portion of the property being sought was unoccupied, vacant land.

Mayor Pro Tem David Happe sought assurance from Public Works Director Art Vela that Mandell would still have access to the rest of his property once the city acquires its desired piece.

As for the cemetery, there is an agreement in place that requires the developer to dedicate that portion of land to the tribe, Vela told the Record Gazette outside the council’s meeting.

According to the city, “the Developer has provided credible evidence that the Developer has made a good faith effort to acquire the right-of-way and easements, but has been unable to do so” on its own through a negotiated purchase, and since the city requires the specified improvements to be installed in order for the project to advance, the developer requested the city’s assistance to move forward.

It is similar to another situation across town at the proposed Rancho San Gorgonio development where the city has invoked the potential for eminent domain to help that developer move forward on city-mandated improvements for that project to move forward, the city was asked to step in.

The developer of Arrowhead Estates has been required to deposit $35,000 towards the city’s expenses to reimburse for costs related to the property acquisition.

It was Banning’s turn to update developer mitigation fees related to preserving endangered species as part of helping conserve half of a million acres, per its participation in the Western Riverside County Regional Conservation Authority, a joint powers authority that administers the Western…

Pinball museum in Banning will relocate to Palm Springs

The California Restaurant Foundation (CRF), a non-profit that invests in and empowers California's restaurants and its workforce, has received more than $1.25 million from SoCalGas, Pacific Gas and Electric Company (PG&E), San Diego Gas and Electric (SDG&E), and others to launch the …