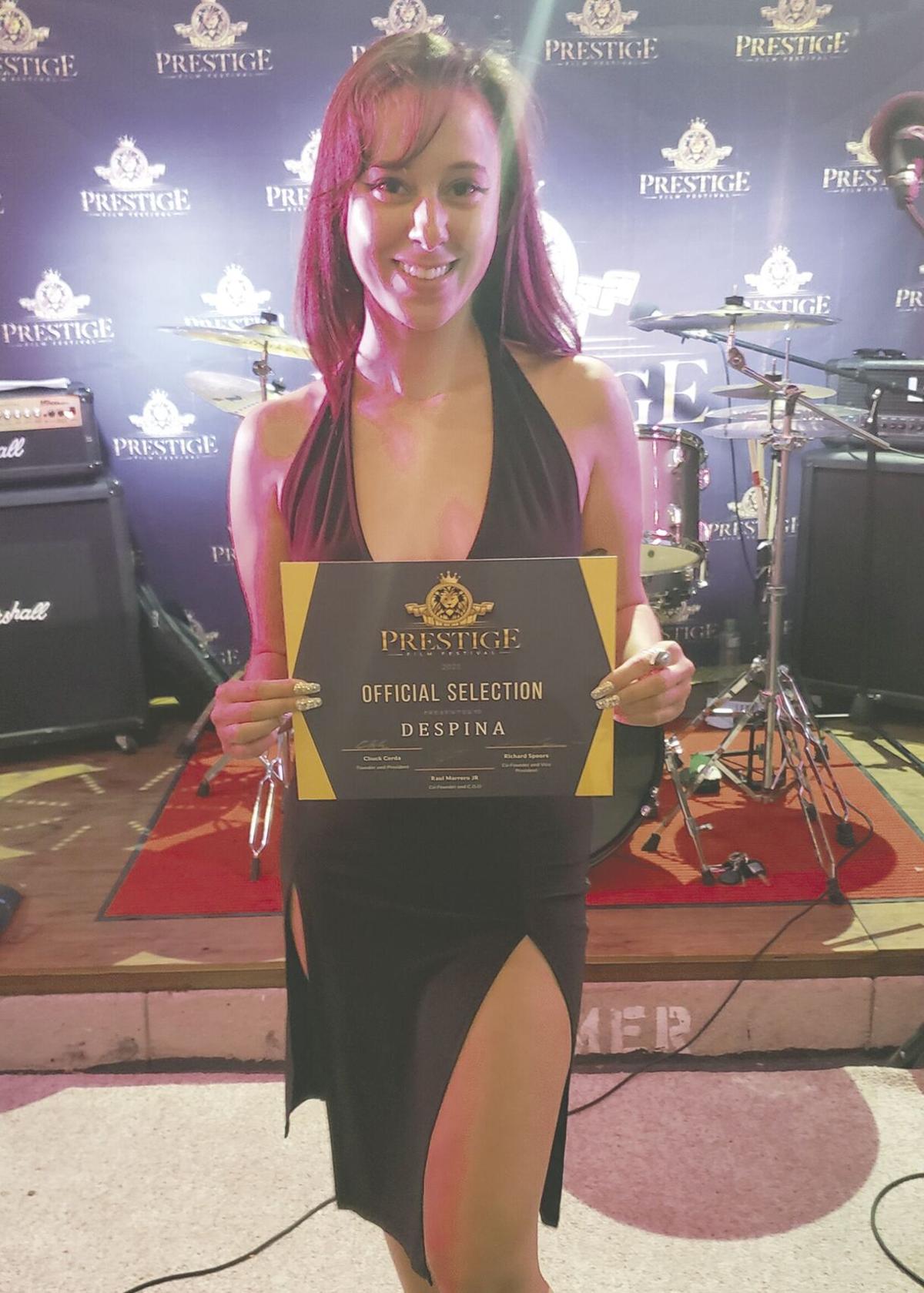 Ariel Looper, the director for the film “Espina,” stands with her Official Selection Award at the Prestige Film Festival on Aug. 7. 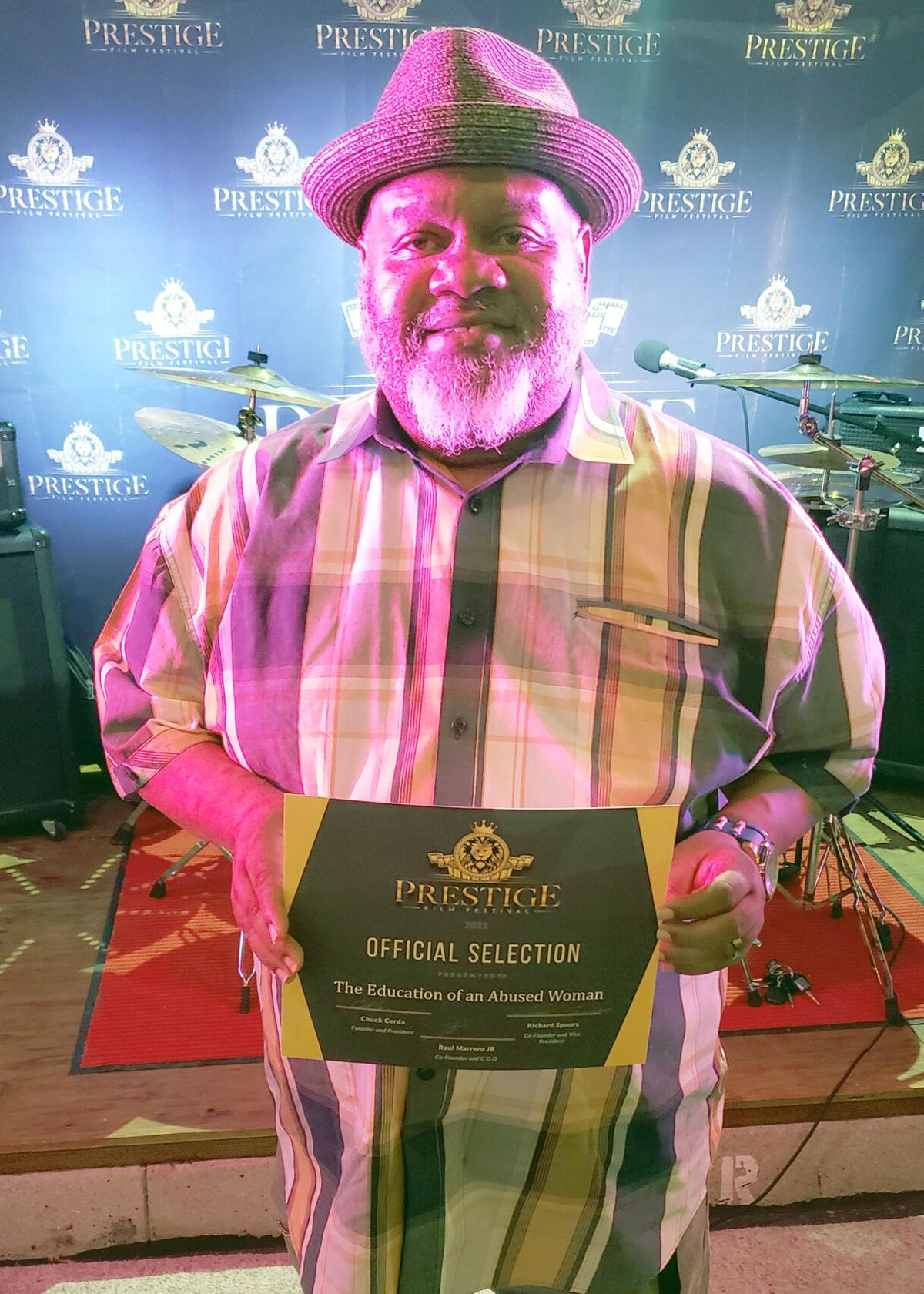 Film writer, director and producer Drew Tank Garrett shows off his Official Selection certificate during the gala for the Prestige Film Festival in Banning. 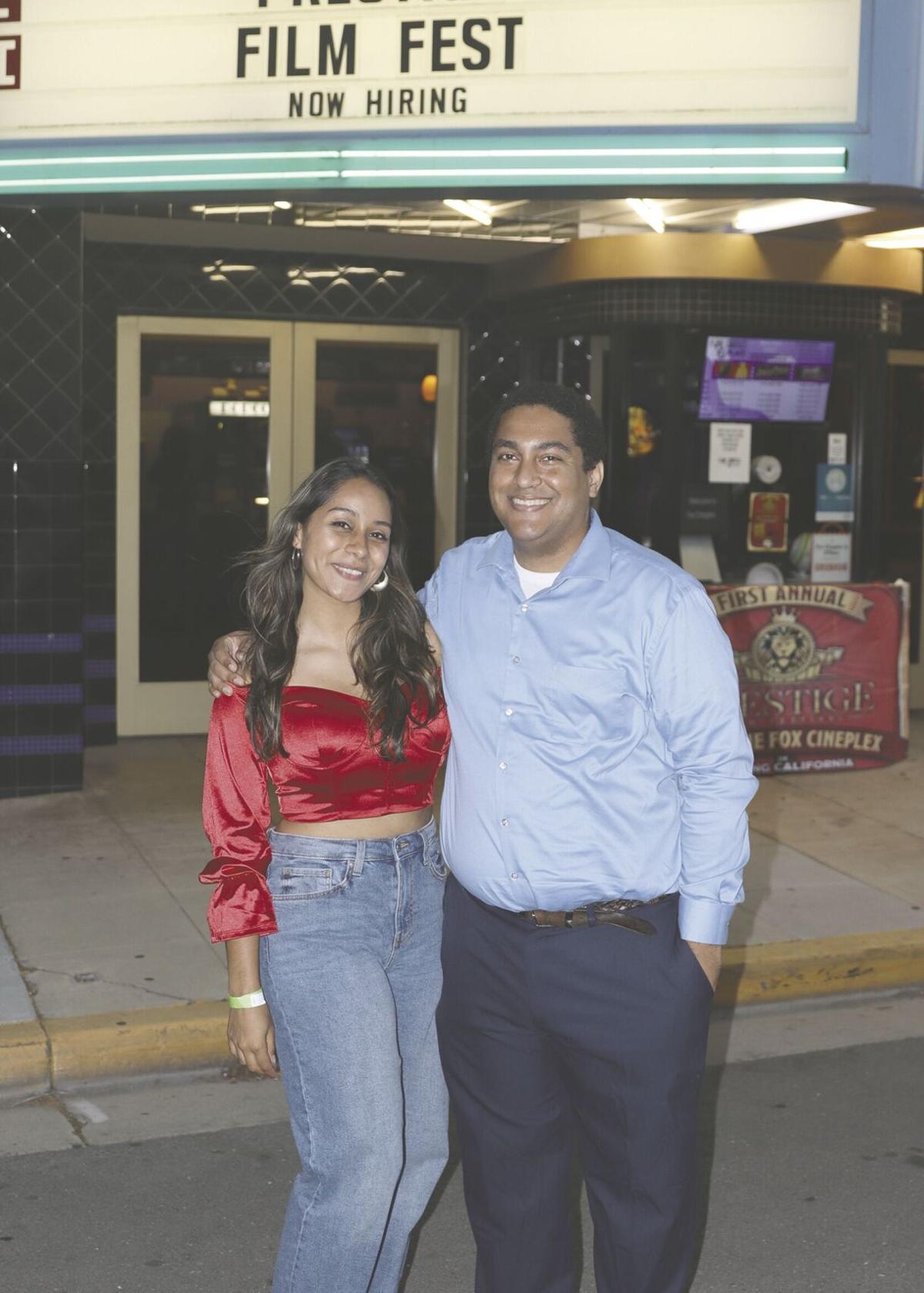 Irais Cardenas and Darrell Harden both co-directed the winner for the Comedy Short Can’t Dance Crew, at the Prestige Film Festival in Banning on Aug. 6.

Ariel Looper, the director for the film “Espina,” stands with her Official Selection Award at the Prestige Film Festival on Aug. 7.

Film writer, director and producer Drew Tank Garrett shows off his Official Selection certificate during the gala for the Prestige Film Festival in Banning.

Irais Cardenas and Darrell Harden both co-directed the winner for the Comedy Short Can’t Dance Crew, at the Prestige Film Festival in Banning on Aug. 6.

On Aug. 7, the independent films of the Prestige Film Festival were viewed from 10 a.m. until 10 p.m. at the Fox Cineplex on Ramsey Street in Banning.

The movies were placed in six brackets. Each bracket was four hours long and showcased a wide variety of genres.

Ariel Looper was the director for the film “Despina.”

Looper chose the name Despina to reflect her Latin American roots and the location that was chosen to shoot the film, the Algodones Desert near San Diego.

“The film is a female Mafia movie, I would say,” said Looper. “The movie is about a woman who takes care of a wise guy.”

Looper took advantage of the outdoors due to the pandemic.

“We couldn’t work inside, so we went to the desert, and that’s where I saw the story unfold,” he said.

After the festival, Looper will continue to work on her film projects in San Diego.

Drew Tank Garrett wrote, produced and directed the movie “The Education of an Abused Woman.”

The movie depicts how the main character got out of an abusive relationship.

In the movie, the husband loses his job and resorts to drinking to wallow in his sorrow.

The drinking instigated violence in the relationship and his wife eventually decides to leave and end the marriage.

“The movie shows how you deal with those situations, but shows that you can have a good life after experiencing a horrible situation,” said Garrett.

Garrett saw the advertisement of the festival on Film Freeway and decided to submit three of his films.

“I submitted three films, and they chose ‘The Education of an Abused Woman,’” he said.

Garrett has dabbled in film for decades.

Garrett credits his father Wil Garret for his love of film.

“My dad was an actor,” said Garrett. “He’s been in hundreds of commercials and movies. He’s been my inspiration for all that I do. He passed away, but I still keep doing my thing making movies.”

Garrett wants to make people laugh and cry when they see his films.

The crux of his movies is to educate people on the plight of minority people in America.

“I’d like to change people’s minds and their ideas on the injustices that minority people face,” he said.

Garrett would like to make a film for Netflix and Amazon Studios as he continues filmmaking.

“Hey, the sky’s the limit,” he said. “I want to do films about us, in this melting pot we call America. Everybody has a story to tell, and a lot of stories aren’t being told.”

The 22-minute movie was filmed in Atlanta, Ga.

Dallas Harden made an appearance on Saturday, when the movies were being screened.

Harden is co-director with Irais Cardenas on the film “Can’t Dance Crew.”

Cardenas based the movie on her own inability to dance.

“I know I can’t dance,” said Cardenas. “But in another universe, I know that I was meant to be a dancer. I wanted to capture the joy of doing something even if you know that you are really bad at it. I know that feeling so true in my heart.”

From that notion, Cardenas wanted to film a comedy about a girl that could not dance.

Harden crowd-funded the movie to support the making of costumes and production design.

After receiving his award, Harden is hopeful for larger projects.

“I’d like to make a bigger movie and maybe spin-offs after this festival,” he said. “To finally have people see it (the film) after two years was fantastic. We waited two years to show the movie, so that people could see it in a crowded room and cheer with the actors. We’re hoping to the moon, after Prestige.”

Cardenas was ecstatic when she learned that Can’t Dance Groove won for best comedy.

“We were overjoyed,” said Cardenas. The whole idea of the movie came from a little idea about a movie about a girl that can’t dance, from putting it on paper, to creating a crew to fund raise to filming. It was surreal. We had never done a dance movie.”

The cast of 20 actors for Can’t Dance Crew had to clear several hurdles while filming.

“The challenges at first were the rehearsals and the scheduling of meeting with the dancers,” said choreographer and stunt man Matt Groove for “Can’t Dance Crew.”

“We had actors from Riverside and Los Angeles. We also dealt with time constraints with a group of people that never danced together and having to teach them to move like a unit,” Groove said.

Groove had to customize the routines based on the abilities of the actors.

The actors in the movie had only a few rehearsals but were able to pull off their routines to complete the filming.

“I’m really proud that the actors prevailed doing things that dancers would do on a regular basis, like continuous movement and showing stamina,” said Groove.

As production got under way, Groove was invited to be in the movie. He portrayed a gangster.

Some movies ran for five minutes, while others ran for 90 minutes.

The full list of winners can be found at www.prestigefilmfestival.com.