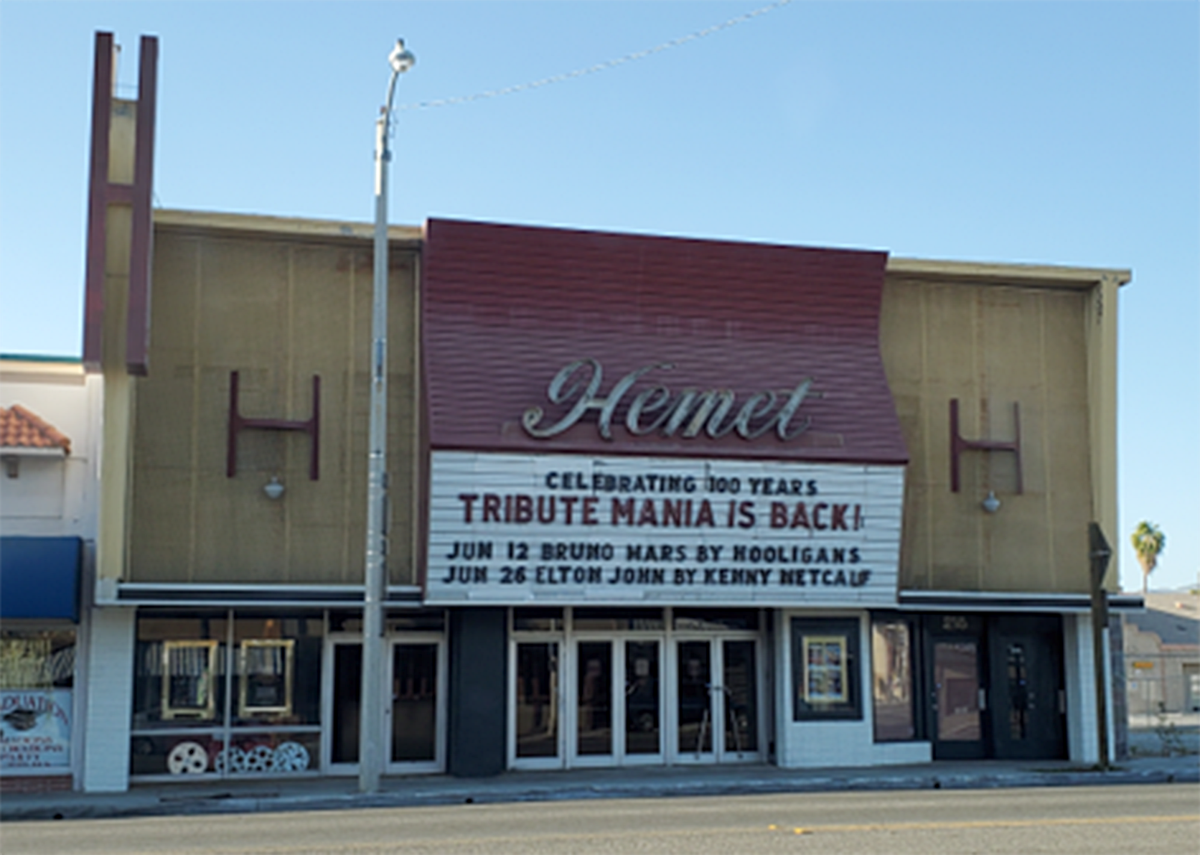 The Hemet Theatre as it appears today. 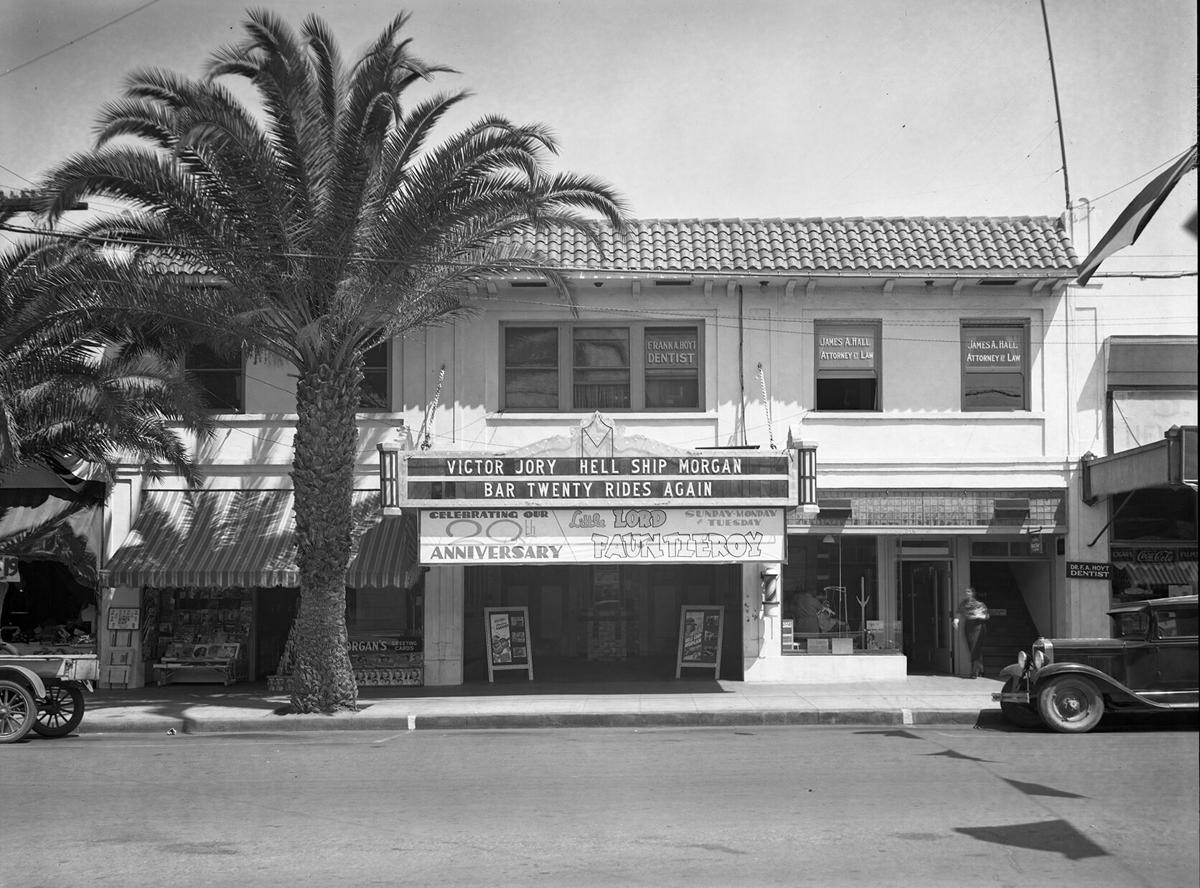 Built in 1921, the Historic Hemet Theatre is one of the oldest movie houses in the country.

For decades it served as a vibrant center of the community.

But back in the 1980’s, the venue closed — crushed by the popularity of the new multiplex theatres in town. And just like in so many small towns, the downtown district around it faded too.

In 2000, a couple of movie buffs bought the building and tried to breathe new life into the theatre.

But they were not able to attract enough patrons to sustain the business.

In 2010, a fire in the adjacent storefronts closed their business for good, putting the building up for sale once again.

Then in 2013, a charitable foundation took over operation of the theatre with a mission to create a community arts center. Work was begun to reverse years of neglect and revive the building’s art deco charm of the 1940s.

Focal point of the rejuvenation is a stunning new lobby featuring a series of wall murals by Dan Melendez. “Patrons are blown away with the transformation,” says CEO Susan Carrier. “But we have just begun the work of restoring the building and bringing the venue up to modern building codes.

Next on the list is creating handicap seating and restrooms so that everyone in the community can enjoy this beautiful theatre.”

Key to the center’s success is a concert series dubbed “Tribute Mania,” that brings the best tribute bands in the country to town.

Since 2013, over 100 tribute bands have performed, drawing over 35,000 fans into Hemet’s Historic Downtown District.

Within just eight years, the Historic Hemet Theatre has become a thriving community arts center, drawing patrons from hundreds of miles away. And this year, readers of the Press Enterprise voted HHT “Best Local Music Venue” in the Inland Empire.

The success is happening just in time for the building’s 100th anniversary.

The Foundation is celebrating with a series of special events that began in August with a “Century Celebration” hosted by both of the local Chambers of Commerce.

In October, the party continued with a presentation on the history of the theatre and tours of the upper level that will become a Museum of Early Film dedicated to William Martin who built the theatre 100 years ago.

The pinnacle of the celebration will be a 100-year Foundation Gala on January 15th. “Vintage Vegas” will feature an appearance by famed impressionist and comedian Rich Little.

Meanwhile, the next season of Tribute Mania begins in January, with tributes to The Bee Gees, Prince, Marvin Gaye, AC/DC, Mańa, The Doors, Johnny Cash and Van Halen. Tickets for Tribute Mania events are $25, general admission.

Information on all theatre events is available at www.HistoricHemetTheatre.com or by calling the ticket office, (951) 658-5950.