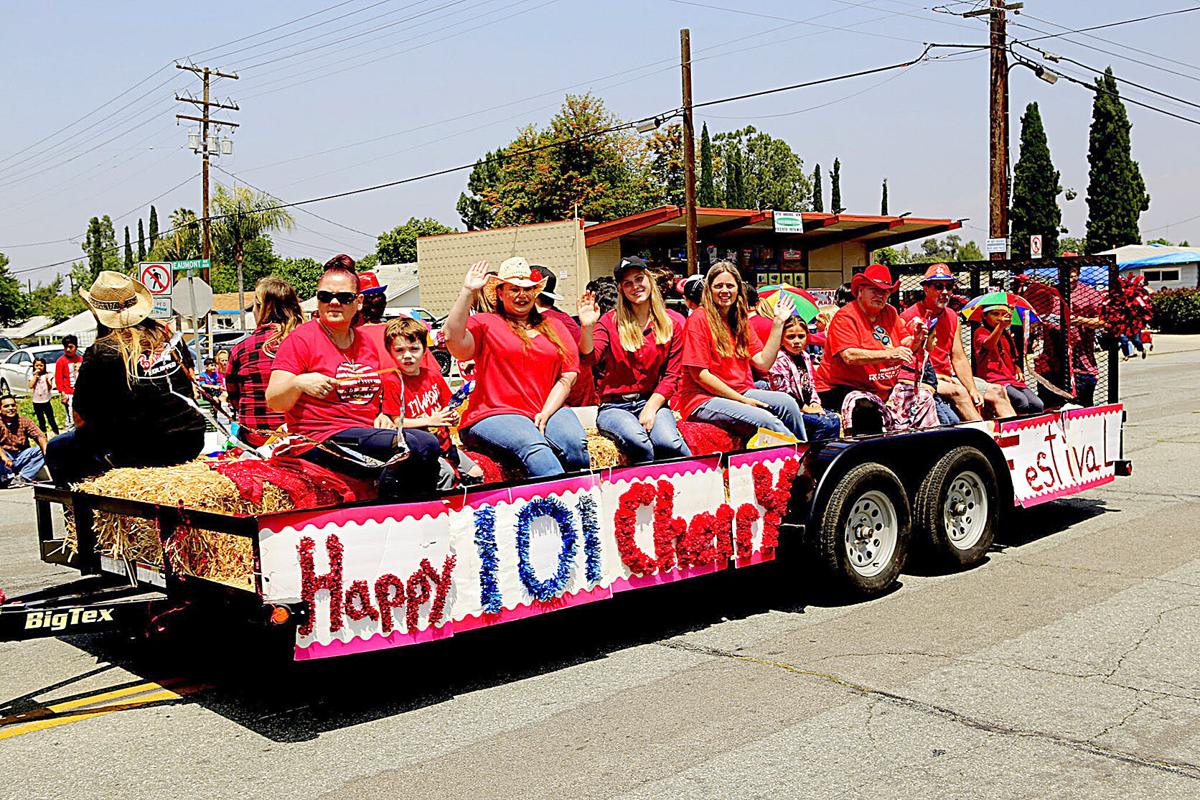 Members of the Cherry Valley Horse Rescue and Farm Rescue ride in the 2019 Cherry Festival Parade. 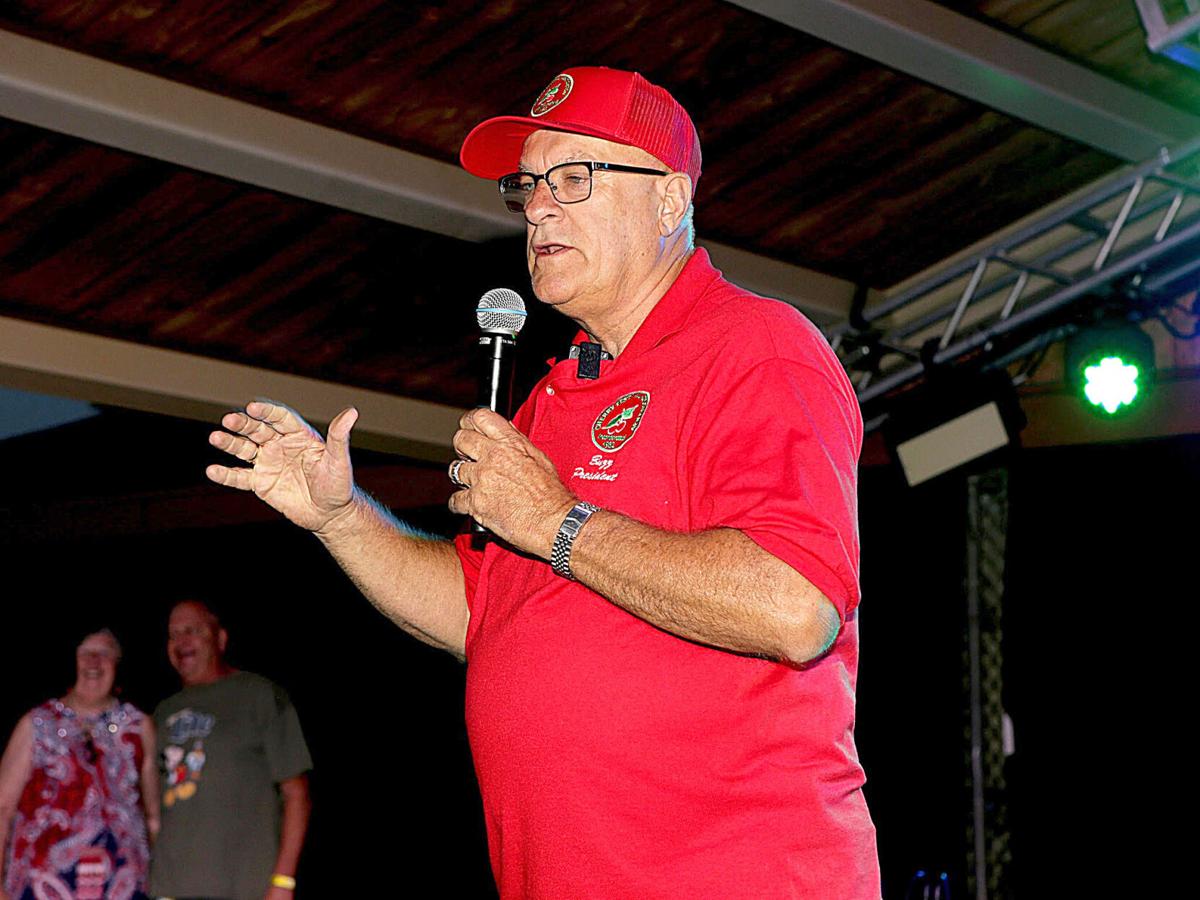 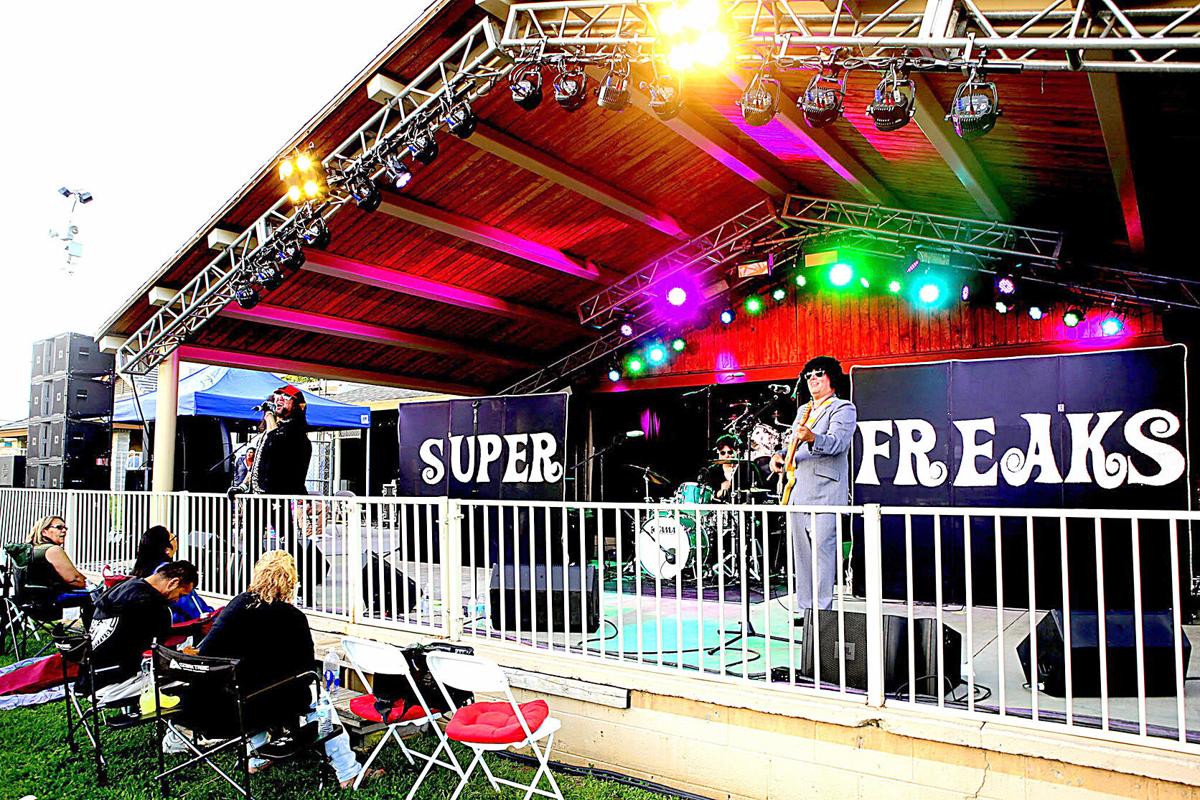 The band Super Freaks performs in the old Pavilion during the 2019 Cherry Festival.

As Bruce Murrill wound down introducing the last of the entrants for Beaumont’s Veterans Day Parade a few weeks ago as they passed by the Beaumont Chamber of Commerce, he made a little announcement: there will be a Cherry Festival this year, and with it, a Cherry Festival Parade.

A loud roar of enthusiasm came back at him.

The festival had been on hiatus like everything else in light of the COVID-19 pandemic.

He told the Record Gazette that the carnival will go on as it always has, and that musical acts will be brought back.

“The carnival is back; a lot of these small carnivals went out of business, but we are booked and ready to go,” Murrill said.

As for the concerts that take place at the festival, “The city is looking to have a portable stage; I think they decided that would be a good thing because it can be moved around and is not as expensive” as the city’s previous estimate of $1.3 million for a permanent band shell and stage, Murrill said. “There’s more vendor space, because the pool is gone. We hope the vendors all come back.”

Marcedes Cashmere, spokeswoman for the city, confirmed that it is “The city council’s intention to provide Stewart Park as the venue for the 2022 Cherry Festival,” and though it is working on a masterplan and drawing up engineering designs for the future of Stewart Park, those aims “will not impact hosting the 2022 event.”

City Manager Todd Parton explained at the Nov. 2 city council meeting the need for a phasing plan to redo Stewart Park, which is the home of the Cherry Festival, in which sections or components of a $3.5 million overhaul of the city’s parks — much of that at Stewart Park — are worked on based on priority, whether the city prefers to get an aquatics center open first to replace the Plunge, which has been demolished, or create space for market nights, for instance.

“We need to look at things we want to do in the park today to make sure it’s as useful and functional today until we get to a point to move them forward. In the conversations we’ve had with the Cherry Festival” the city has explored what the committee needs to see how the city can meet those for an event this year.

“We’ll probably learn was we go through the processes to accommodate these facilities,” Parton said.

As a side note, Parton pointed out that the city discovered through their discussions with the Cherry Festival that it was not always happy with the previous location of where the Pavilion’s former stage was, saying “The stage faces west, so the bands are looking into the sun” during many of the performances. “So, they want to see a north-south orientation for acts,” which would conflict with reorientating where the carnival currently is set up, and will require both entities to come up with a different strategy for future performance space.

Like the Plunge, the Pavilion has also been removed.

A lot of vendors have also gone out of business since the pandemic hit, and so have a lot of carnival companies.

The committee is looking for vendors.

“Everyone looks for carnival, cheaper than Disneyland,” Murrill said.

Buzz Dopf, president of the Cherry Festival, confirmed that Fairfield, Calif.-based Butler Amusements will provide the colorful family rides like wave swingers, zippers, carousels and Ferris wheel that everyone anticipates when they come to a fair.

Butler Amusements carnival is known throughout the area for providing carnivals to events such as the International Date Festival.

“They’re a good outfit, we’ve used them for years,” Dopf says. “We’re hoping for good weather and looking forward to getting this together.”

The last Cherry Festival was in 2019.

“We’ve been doing this for over 30 years, and I’m glad to get into the swing of things and getting this back to the community. The changes will be interesting; we’re hoping for a great crowd,” Dopf said.