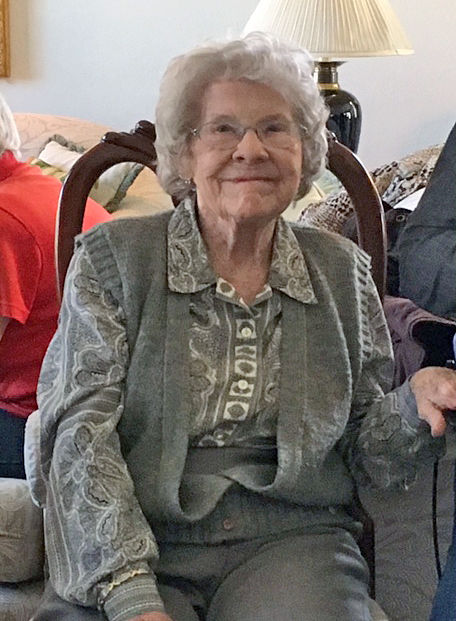 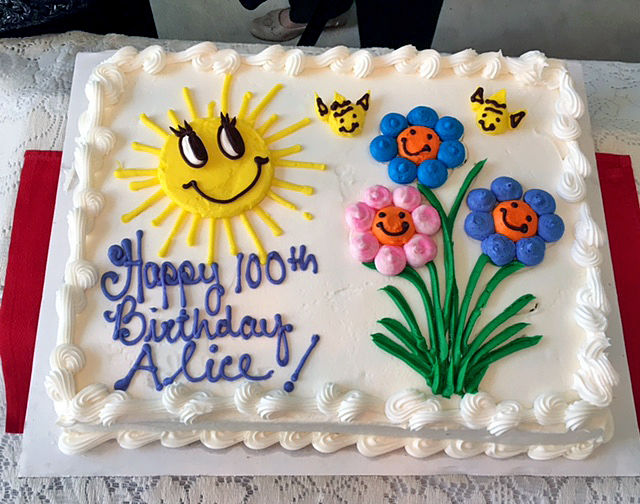 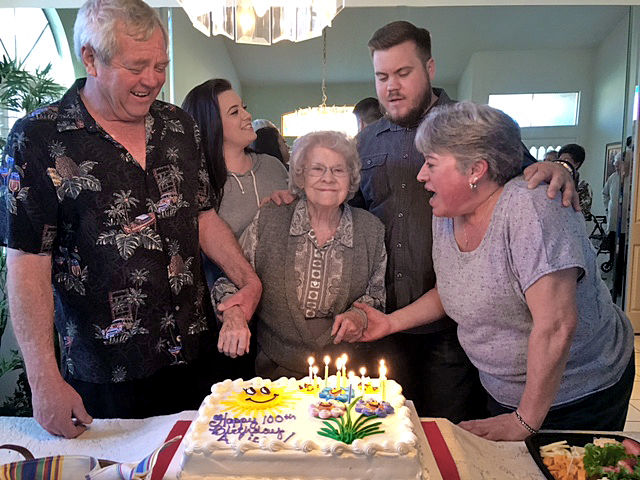 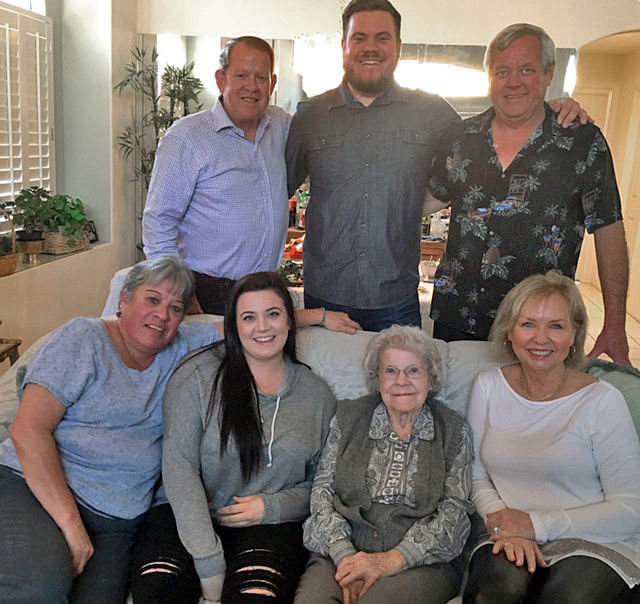 Alice, surrounded by family and friends. 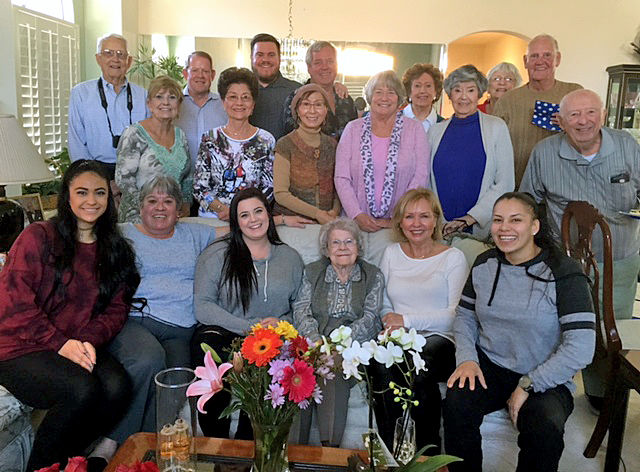 Alice, surrounded by family and friends.

Surrounded by a houseful of family, friends, and neighbors, Alice Maupin celebrated her 100th birthday last month. She was born in Chicago in 1916, and moved to California when she was 18 years old. She and her husband, Edward, lived in Arcadia for 30 years before moving to Sun Lakes. Edward passed away in 1992, after he and Alice had been married for 52 years. Alice has one son, Keith, married to wife Yvonne, and 2 grandchildren, Taylor and Nicole. She also has a nephew, Randy, married to wife Susan Lean.

Before she retired, Alice worked as a travel agent and realtor, which is why in retirement she couldn’t just sit around and do nothing. She joined the Lady Niners, Sew What, the Garden Club, the Dinner Dance Club, and the 80s Plus Club.

Alice enjoys knitting, doing crossword puzzles, reading, and visiting with old friends. She is an avid Angels fan, with Mike Trout being her favorite player.

Of the many cards and gifts she received at her party, was a certificate in recognition of her 100th birthday from State Senator Mike Morrell of the 23rd district.